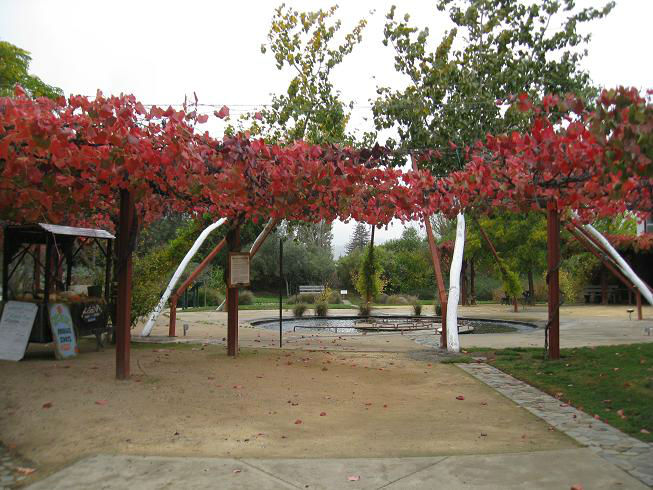 Back in my early college years, all I wanted to do was make bread and swing in a hammock all day.  I dove head-first into environmental issues and chose recycling as my personal passion.  Along with the strong desire to sort trash came an awareness of solar power and all its benefits.  It was then that I discovered Real Goods.

Real Goods had not yet been bought by Gaiam.com when I received their first catalog in the mail way back when.  They had everything from solar panel kits to solar ovens to water catchment systems to composting toilets.  I wanted it all!  I wanted to be able to live in the middle of the wilderness, completely self-sustainably with water, electricity and all the comforts of home without any taxation on the planet.  It may sound like a pipe dream, but with Real Goods, this is actually possible. 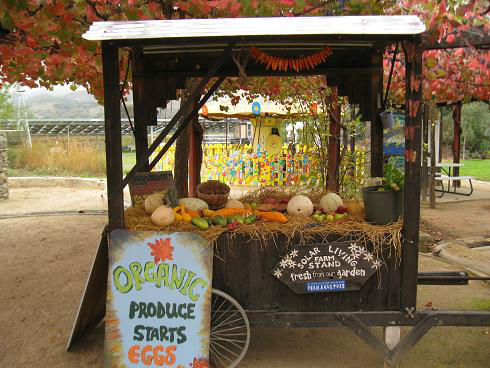 I knew right away I was in the right place when I saw the farm stand (even though I had, moments before, accidentally turned into the back lot and found goats standing on the top of small structures beneath a bank of solar panels.  The goats were bleating at me from behind the fence.)

The Institute includes a children’s play area (note the merry-go-round in the background of the above picture), a Permaculture garden, and of course, the store.  They also had a Pedal Power Station, where you could hop on a stationary bike and generate energy.  Even the bathrooms were sustainable: 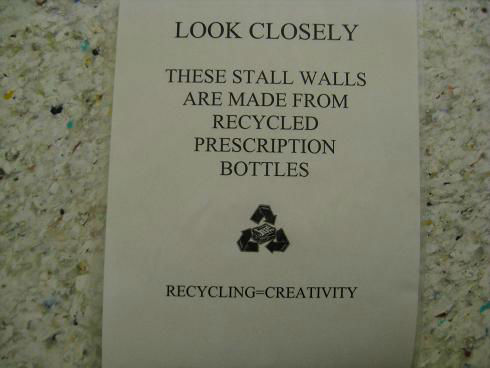 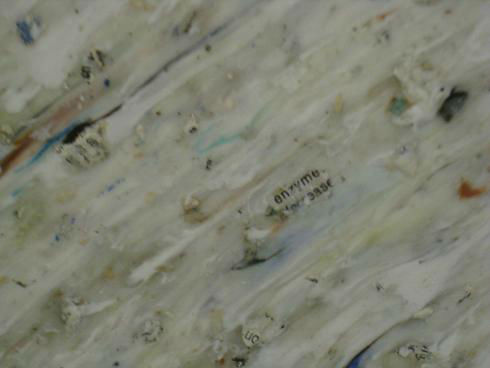 After browsing the store, I took a walk to the garden 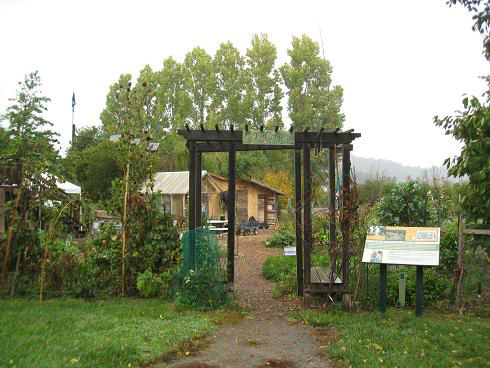 I was followed by about seven ducks, who excitedly exited the pond next to the garden as I approached, thinking that I was obviously there to feed them.  The garden was still in its sleepy “after summer” stage, with a few patches planted for fall. In classic Permaculture style, there are flowers mixed in with veggies in a harmonious flowing pattern. 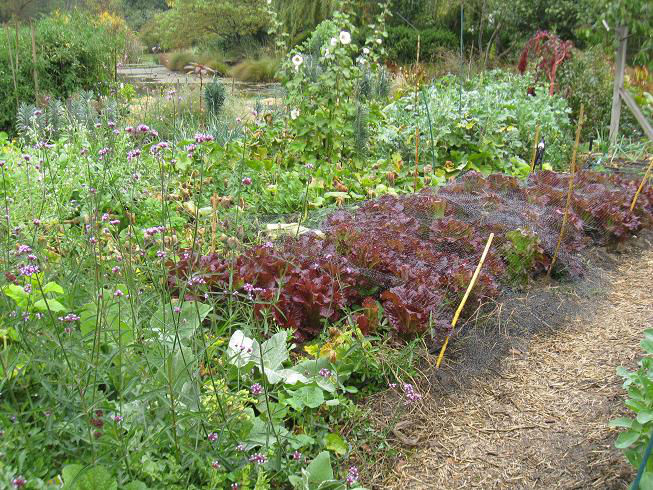 There were several structures in the garden that were made from one of the many techniques taught at the Solar Living Institute.  The greenhouse was had this sign in front of it: 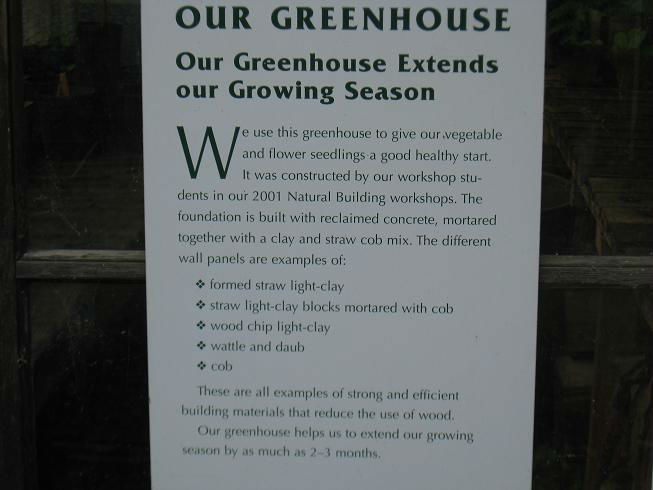 Then my camera battery died.

It also started raining more than just the pleasant drizzle I’d been enjoying thus far.  So back to the warm comfort of the store to search for fully charged camera batteries.  Alas, no luck there, but I left feeling satisfied to finally have visited this magical place.

You can visit RealGoods.com and The Solar Living Institutefor more information about big ideas for sustainable living.

What To Do With All That Cabbage?