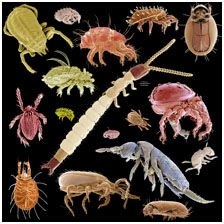 This week we are delighted to present another guest blogger, Sheri Powell, A.K.A. Compost Teana. Sheri is an Advisor and Master Soil Consultant for Soil Foodweb Oregon and Earth Fortifications in Corvallis, Oregon. Her company, Compost TEAna’s Organic Landscapes provides compost tea services and soil biology testing and consultation in the Los Angeles Area. She’s here to gives us the lowdown on life beneath the plant. Take it away Sheri!

As gardeners, we already know that healthy soil is crucial to the success of our gardens. But what is healthy soil, exactly, and what does it take to get and maintain it? The answers to these questions are what led me on a journey into soil and a new understanding of what it means to be “sustainable”.

My interest in the biology of soil began when I picked up a little book called “Teaming with Microbes” by Jeff Lowenfels and Wayne Lewis.  Here’s what I found out:

All photos and images provided by Sherri Powell

Healthy soil is ALIVE. In fact, soil is the most prolific biological ecosystem on our planet.  One teaspoon of healthy soil contains billions of organisms: bacteria, fungi, protozoa and nematodes, which are the foundation of a predatory hierarchy which is called the SOIL FOODWEB. It is a delicate balance of organisms, which have evolved in nature to cycle fertility to plants.  Each organism has an indispensable role to play.

The plant is in charge of the entire system. Through that miraculous process called photosynthesis, the plant converts the sun’s energy into simple sugars, which it then releases through its roots and foliage. These sugars are like cakes and cookies that attract the bacteria at the bottom of the foodweb right into root zone (and leaf zone) of the plant.  So all the nutrient cycling happens right there where the plant can easily take it in.

The Players – Let’s look at the cast of characters:

Bacteria – Soil bacteria are the primary decomposers on our planet. They break down organic matter and convert the minerals into nutrient proteins, which they lock up in their bodies. They also emit a slime, which helps to bind small soil particles together, building structure.

Fungi – Soil fungi are the heavy-duty decomposers that work to break down hard woods and other complex carbons that bacteria can’t handle. They convert the minerals from the parent material into nutrient proteins, which they then hold within their long strands (called hyphae), until unlocked though predation. The hyphae also bind soil particles together and improve soil structure. Special types of soil fungi, called mycorrhizae, work symbiotically with most plants to extend the roots system, giving the plant access to water and nutrients which would otherwise be out of reach.

Protozoa – Soil protozoa are the organisms that begin the process of unlocking the nutrients and feeding the plants. Their main food source is the bacteria which has been decomposing and converting nutrients. They use what they need, and what’s left over is expelled in a form readily available to the plant. They further add to soil structure by moving though the soil profile and creating space for air and water to percolate.

Nematodes – We all know that there are bad nematodes, which feast on our plant roots and damage crops, but did you know that most nematodes are good guys? Nematodes are microscopic, blind round worms, which move through the soil feasting on fungi, bacteria, protozoa and each other. They use the nutrients they need and expel the excess in a plant useable form.

Then there are micro-arthropods and earthworms and springtails and so on up the food chain. Each of these organisms has a specific and crucial role to play in this chain, and the imbalance of one results in an imbalance of all the others. These all-important microscopic organisms are fragile and easily destroyed through modern garden practices.  Tilling destroys the delicate, single celled fungal hyphae that runs through the soil profile.  Chemical fertilizers, which are primarily salts, act upon the bacteria and protozoa the same way pouring salt on a snail or slug does. And applying fungicide to the soil?  Oi!   Over time, our soils have become deficient and depleted – quite literally, lifeless.

So how do we get this life back into the soil? The primary tools are good, aerobically produced compost, mulch and compost teas. The trick is diversity. If we think of the soil as a toolbox for the plant, and then fill that toolbox with every tool the plant might need, we can sit back and trust that nature is doing the job that has been perfected over millions of years of evolution. 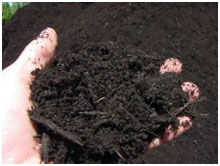 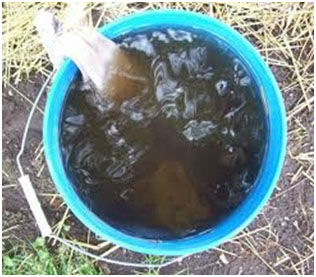 Compost Tea is a liquid solution made by soaking small amounts of biologically active compost in water, adding special ingredients such as fish hydrolysate or kelp to feed the biology and aerating the entire solution for 24 – 48 hours. This puts the biology into an environment perfect for procreation and the populations increase exponentially. So, instead of the millions of organisms which were available in the source material (the compost), you have billions of organisms in an aqueous solution which can then be sprayed onto the foliage (remember, the plant is releasing its exudates there, too) and into the soil around the roots of the plant.

What Else Can We Do? 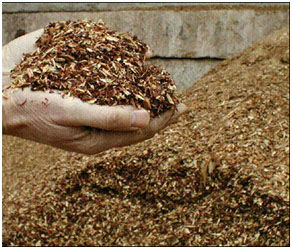 Finally, mulch is the covering the soil needs to regulate temperature,  mitigate evaporation and create habitat for those members of the foodweb who exist on top of the soil. There is nowhere in nature where you will find bare soil. Mother Nature is very modest and always covers herself. For the urban garden, bark chips, wood shavings, straw or even compost make a nice mulch.

The consistent use of these biological tools rewards us with increased soil tilth (structure) and fertility, increased disease and pest resistance and decreased water and fertilizer needs. Not only that, but because you are putting these organisms into the environment where they are naturally intended to live, the soil, they will establish themselves and continue to proliferate long after the application. So instead of a garden which requires ever increasing inputs of fertilizers and biocides, we create a garden which requires fewer and fewer inputs and is truly self-perpetuating – which is the very definition of sustainability.

For more information about brewing compost tea yourself, visit this site which has been recommended by Sheri: Earth Fort.  For expert service, find out more about Compost Teana’s soil testing and compost tea application services at info@compostteana.com or visit her website: 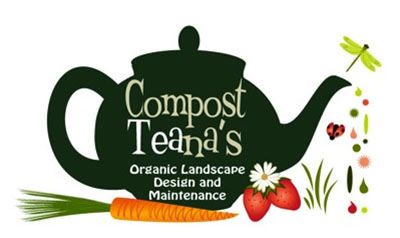 Trial and Error with Irrigation