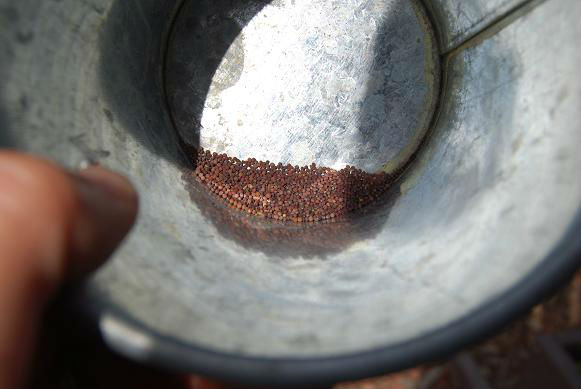 Last fall 2009, I planted brown mustard seed as an experiment in the test garden.  I wanted to see how much seed I would get for my favorite Indian food dishes from growing seed in 7 square feet.  After the birds got their share of sprouts, I ended up with 7 or 8 plants that grew to fruition.  I’ve waited until the harvest this spring to share the process with you.

The mustard grew tall rather quickly and started to flower in October through February (it reminded me of Napa Valley and the fields of wild mustard growing between the grape vines). 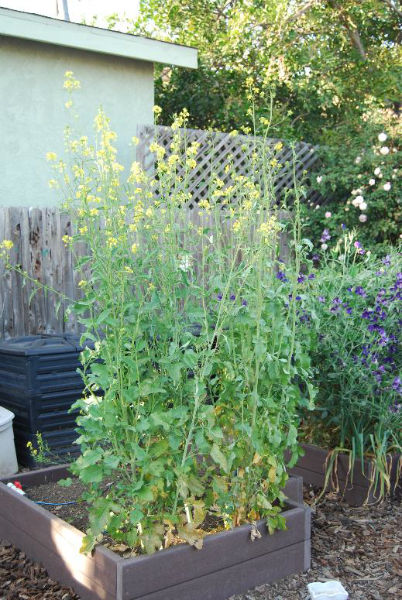 In March, seed pods began to form from the flowers.  You can see the little green pods pointing away from the stem below: 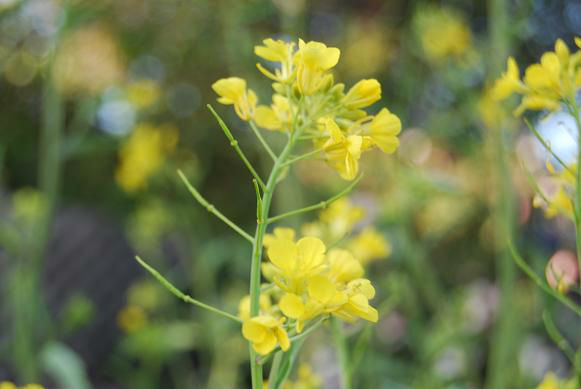 It felt like an eternity between March and May when the pods matured and began to dry, but I suspect that is because we were planting new crops in March and the Brown Mustard Seeds were still plugging along when all the other crops had finished their cycle.  We had plenty of happy birds feasting on the pods every day, even though we hung shiny objects in the garden and covered the plants with bird netting.  I would run out and chase the birds away whenever I would see them snacking.  Needless to say, they left some for us. 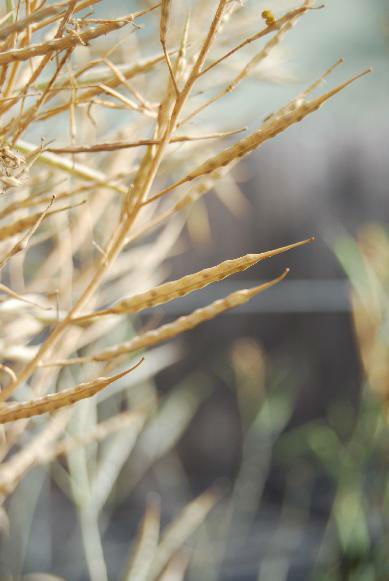 The pods become translucent so you can see the seeds inside

Harvest day arrived and we cut the stems off after carefully removing the bird netting.  There were traces of powdery mildew on some pods, but that didn’t effect the seed.  Below is the pile of pods and branches awaiting threshing. 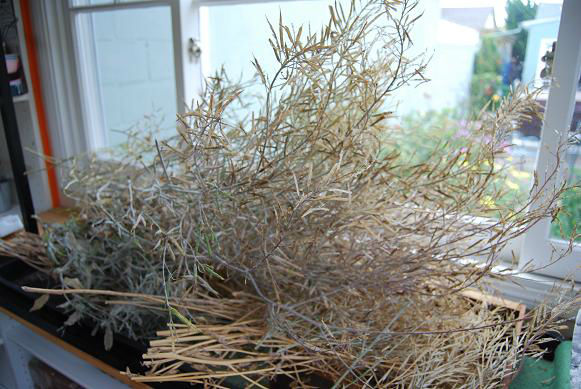 Let the threshing begin!  Separating the seed from the stem is quite simple with Brown Mustard Seed.  Simply rub the stems between your hands over a bucket or basin.  The pods break apart and fall into the bucket. 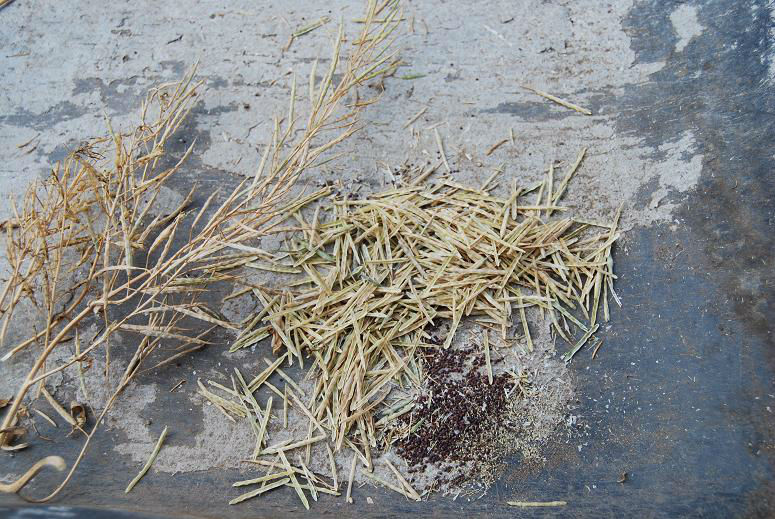 Above you can see the stems of pods, the seed pods that have split in half during threshing, and the seeds (dark brown on the lower right)

Then comes winnowing.  Winnowing is easiest if you have a box fan.  I do not have a box fan, but I do have a Vornado, which is the next best thing.  We poured the seed from one bucket to another in front of the fan.  Pouring slowly helps facilitate the process of separating out the chaff from the seed.  As a result, the chaff blows away and the seed is left in the bucket.

I got about a teaspoon of seeds in just a quick sample of a few stems.  I’m guessing the entire batch will probably yield 4 to 6 ounces of seed, which is about a year supply for me and my Indian food fantasies.