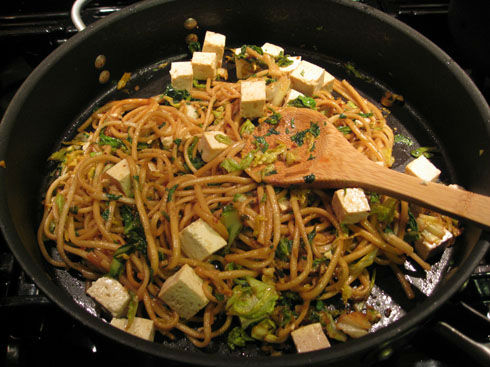 It’s time to harvest those cabbages that have been growing over winter.  As readers may remember, we planted a newly discovered variety of open pollinated Vertus savoy cabbage from Bountiful Gardens this past fall, and now we’re reaping the benefits.  It’s hard to find an open pollinated or heirloom variety of savoy cabbage, so we were very excited to test this one out.

The results are in, and they are fantastic.  We grew 4 plants over winter, and 3 of them did very well.  One was stricken with aphids, but the rest grew large and strong. 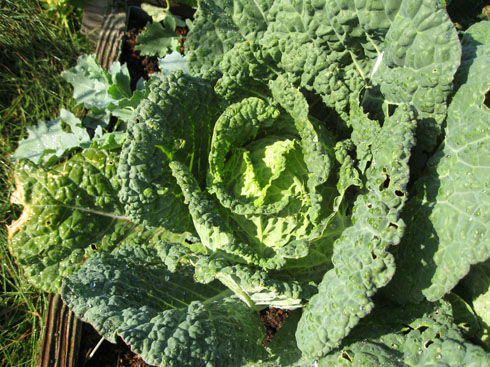 Harvesting is easy. Just cut the cabbage at the stem, above the soil level.  Some gardeners choose to harvest above a few sets of leaves to encourage a second crop of baby cabbages, but I don’t have the patience.

Next up – recipe ideas!

Indonesian-Style Noodles from page 133 of Quick Fix Vegetarian offered a dish that was ready in under 30 minutes.  We used garlic, green onions, cilantro and cabbage from the garden. The rest was farmers’ market or store-bought. 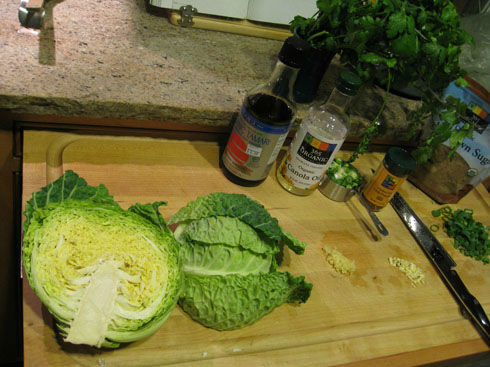 Instead of linguine, which the recipe called for, we used big fat Asian noodles from the Japanese market.  It really made this dish hearty. 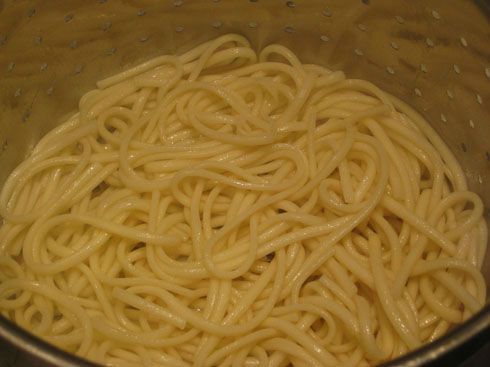 Fat noodles are cooked for no more than 5 minutes, then drained and set aside.

The noodles are then stir fried over medium-high heat with a little oil until crisp.  Then removed and set aside.  I suppose you could serve it without this step, but the flavors were nicely augmented during this process.

Next we added green onions, garlic, and cabbage to the same skillet and stir-fried for a few minutes.  After that, in goes the tamari, ginger, red pepper flakes and a dash of brown sugar.

Throw the noodles back into the pan and mix it all together. At this point, we added diced tofu for extra protein.

Add tofu or other protein to round out the meal

Top with chopped cilantro (also from the garden) and serve immediately. 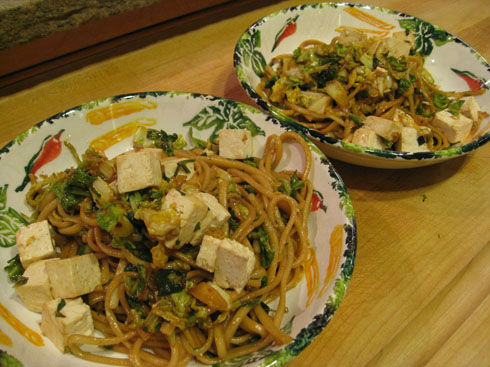 We’ll be posting other cabbage-centric dishes in the coming weeks.  Try this one out and see how it works for you.