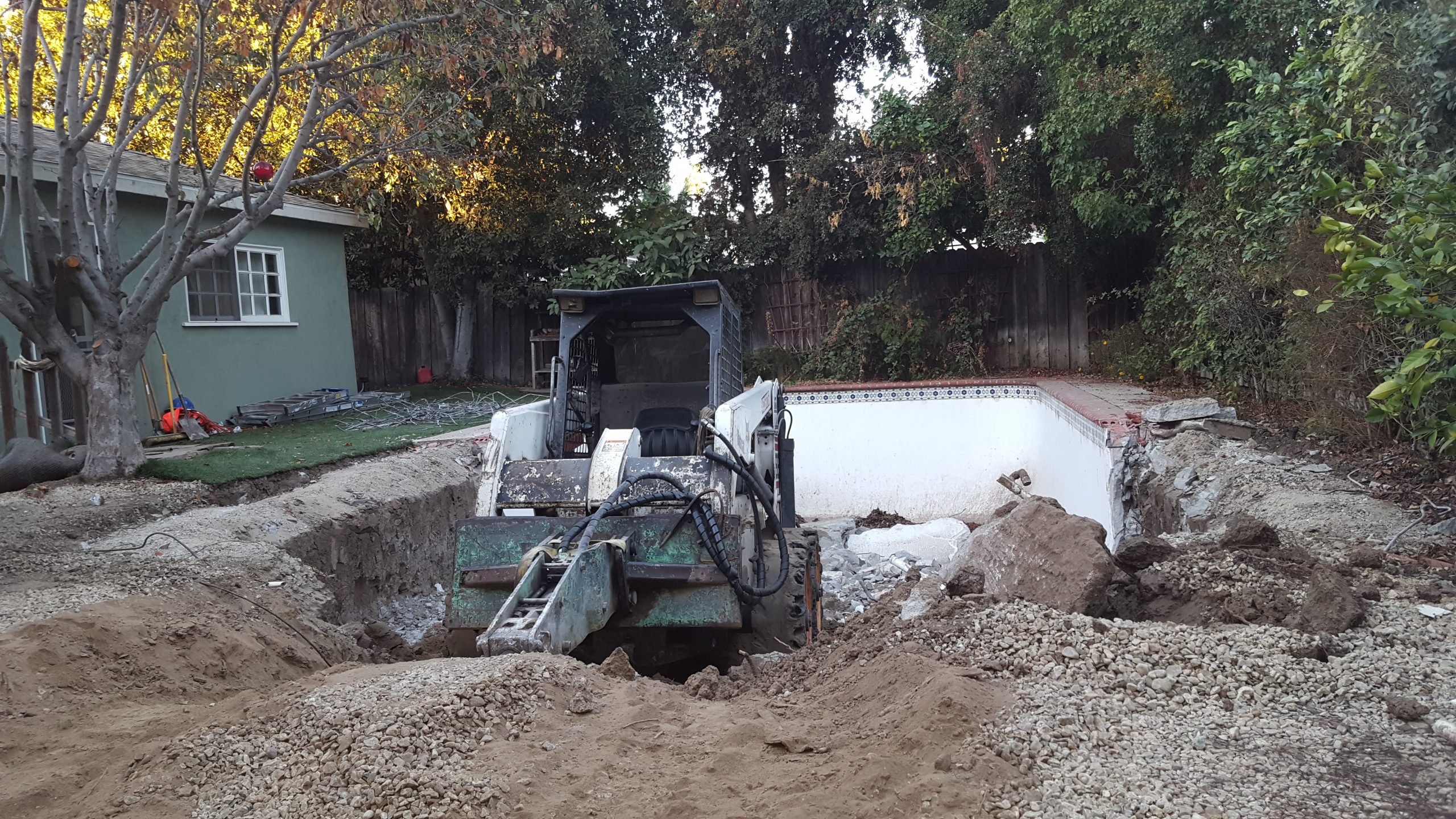 The homeowner’s previous gardening experience was limited to a 3×6 raised bed on the side of the house. It was enough to fuel her desire for more space. Given the drought and the expense of keeping a swimming pool, we knew that an efficient garden would use far less water and would provide a bountiful harvest for years to come.

The crew pulled down walls and drilled drainage holes in the bottom of the pool. They filled the hole with standard fill dirt. Then our team came in to level, install drip irrigation, and build raised beds.

We built beds (5 4×8′, and 2 4×6′) to maximize her growing space, and added a terra cotta herb tower at the entrance. We re-used the existing valve, originally intended for filling the swimming pool, to rig drip irrigation, and replaced a decades-old irrigation timer. Next we brought in biodynamic soil.

The homeowner didn’t want to be overwhelmed by her new garden, so we dedicated two of the beds to perennial crops for less maintenance. Artichokes, strawberries, and asparagus will produce for years to come once established with much less care than annuals require. We plotted out the remaining beds with a mix of cool and warm-seasonal crops. Since the garden is located in the Valley, temperatures will be in the 80s before long, so we left space for hot season crops soon to come.

The herb tower was planted with primarily perennials: thyme, chives, oregano, and sage, with parsley tucked on the north side of the pot to help prevent early bolting when the weather heats up. We also planted annuals, cilantro and basil, in a nearby bed.

We left space for bush beans, eggplant and peppers, which will be installed as soon as they show up in nurseries. Once the shelling peas are harvested, we’ll plant cucumbers and squash. Once the lettuces and other greens tire out, we’ll plant watermelons and pumpkins. We’ll plant tomatoes when the brassicas finish up as well. 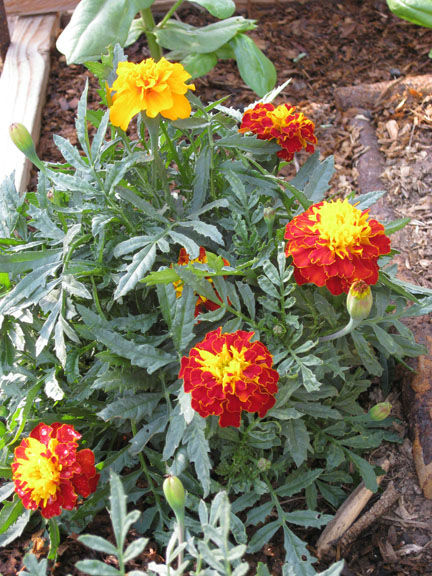 We also planted marigolds and nasturtiums to attract beneficial insects and ward off aphids. The existing perimeter plants (including a Meyer lemon tree) also provide flowers for pollinators.

The homeowner had pre-existing artificial turf that she wanted to keep in tact, so rather than cutting holes, she laid a flagstone path on top of it. We continued the path into the garden to welcome guests.

We look forward to seeing this garden grown in.

Ask Gardenerd: When to Water?