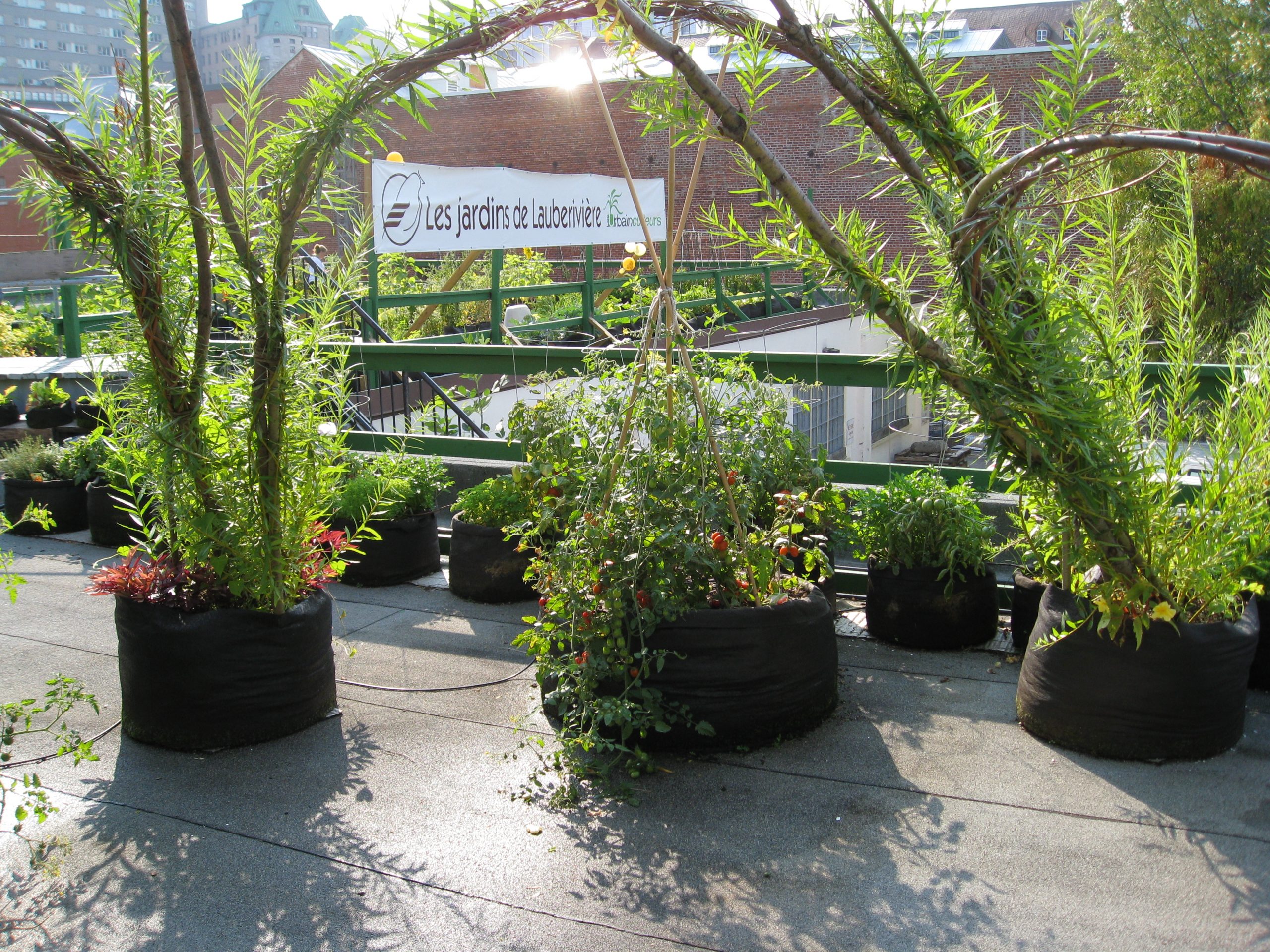 One last stop on our tour of Quebec City’s gardens: an impressive rooftop garden that anyone can replicate, at least in part.  Les Jardins des Lauberiviere is a project that sits on top of a former hotel, and is now Quebec City’s largest homeless shelter.

Not only does this shelter provide a home for its residents, but the 6,000 square foot rooftop garden produces 1.5 tons of vegetables each year. The project was installed by Les Urbainculteurs, a non-profit organization teaching people how to grow food in urban environments. The company primarily used Smart Pots, because they are portable and affordable, so anyone can have a small garden no matter how small.

My first question as we climbed the stairs to the roof was, “What’s the weight bearing load on this thing?” The girl answering questions was ready for that one. “About 100 pounds,” she joked. They began the project with a visit from a structural engineer to determine how much weight per square foot the roof could hold. Since Quebec City’s roofs are used to holding about 6-10 feet of snow, there was no issue with a few pots of soil here.

We found both orderly rows of pots as well as decorative arrangements of plants. Containers of flowers and herbs, vegetables and ornamentals filled the garden.

With their short growing season, gardeners of Quebec City rarely have the time nor the heat to grow eggplant, but this rooftop retained heat enough to support successful eggplant production.

They even had a sculpture on the roof, nearby their bean towers.

The garden is complete with a rest area under a canopy constructed of willow trees in large containers. This canopy idea seems to be a trend in Quebec’s gardens.

I can only imagine how much pride and enjoyment the residents of this shelter must derive from the garden. The experience of being in a rooftop oasis in the middle of the city made me forget the busy schedule of our day.

We even took away a few good ideas to try at home. The Urbainculteurs people told us that they didn’t bother to put down a waterproofing barrier on the roof since the shelter planned to replace the roof in a few years. If that were not the case, they would have installed layers (like the example below) of drainage board, an egg carton-like fabric with a geo-textile that helps keep water away from the roof.

Over all, this garden gave me even more hope that anyone can have a garden. All you need is a little space and sunlight.

Too Hot to Plant