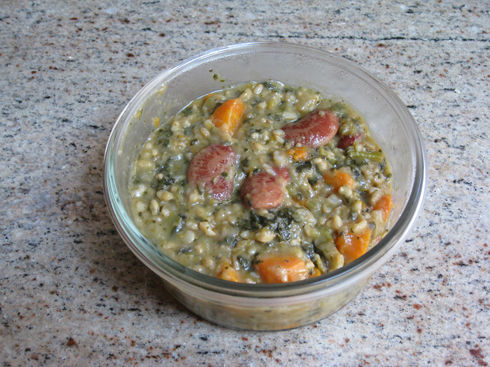 With all the talk of winter storms and canceled flights, it’s clear that comfort food is in order.  As a blanket apology from Southern California and our lovely weather, I offer this warming recipe to those in icy places across the country.

It starts with baby lima beans, but we used Christmas Lima Beans that we grew this past summer: 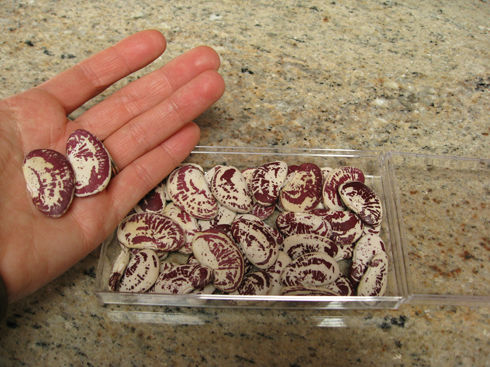 It also calls for pearl barley, but we didn’t have any on hand, so we used brown rice, since they cook in about the same time.

This recipe is intended to be made in a pressure cooker and if you use baby lima beans it probably cooks in the time allotted, but it took quite a bit longer with the dried Christmas Lima Beans.  Next time I’ll soak the beans first, even though the recipe says you don’t have to.  Because we cooked it longer, it came out more like a creamy risotto, which was very tasty!

Loading…
Alternate Meaty variation: Fry chicken or turkey sausage slices in a skillet while the soup cooks. After the soup is ready, stir in the slices.