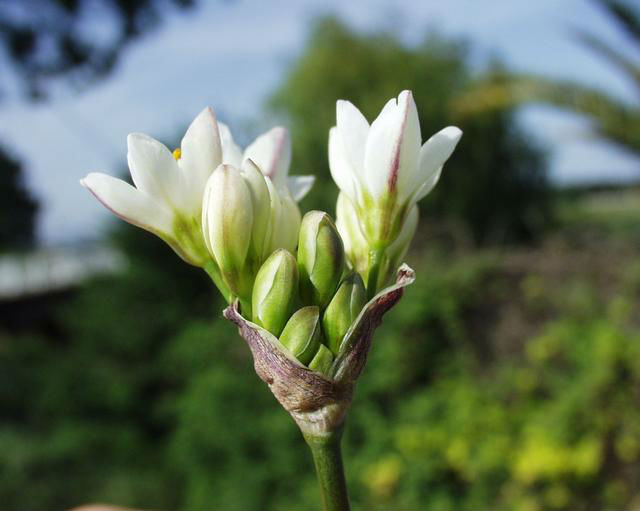 I don’t know where it comes from, but it shows up in the strangest places.  Unannounced, just after the rain, it pokes its slender leaves up through the soil to bring terror to the fastidious gardener.  I’m talking about false garlic.

False garlic (Nothoscordum borbonicum Kunth)  is found primarily in California, Oregon and the Southeastern states, as well as some warmer parts of Europe and Australia. It’s pretty, but don’t be deceived.  This little bugger will infest a garden and is very difficult to eradicate. 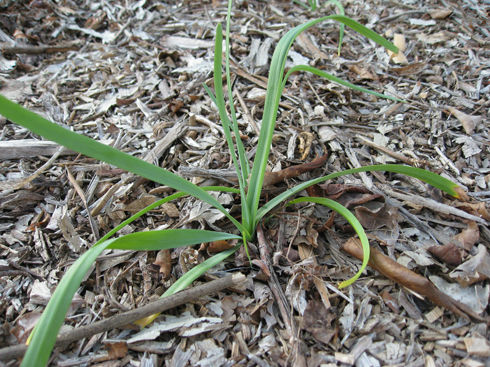 Flat leaves have a spine running down the length, making it easy to identify among other grassy weeds.

Let’s break it down:

Like regular garlic, it has a smell.  It also has pretty white flowers that form an umbel and make you think they belong in the garden. WRONG!

Beneath the soil lies the devious truth – bulbs and bulblets that will keep reproducing unless you remove them entirely.  These bulbs and bulblets are usually located between 6-12 inches below the soil surface.  You must dig out the entire thing, including some soil around it and throw it in the trash. 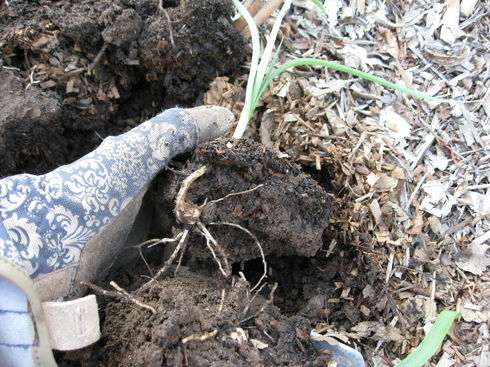 This is a rather surface-level false garlic. Most bulbs are further down. 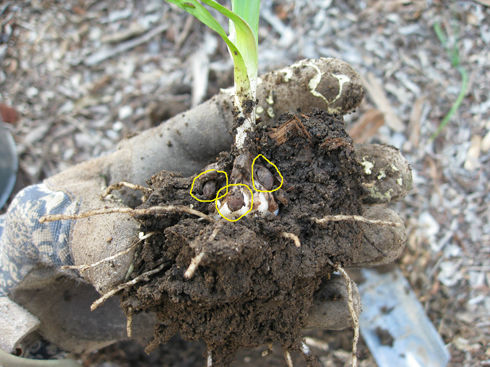 Yellow circles highlight the bulblets. They could easily be mistaken for dirt clods
and left behind in the soil

The kicker is this: most compost bins don’t get hot enough to kill the bulbs and seeds, so unless you’ve got a burning-hot compost system, put them in the trash.  I personally wouldn’t even put them in the City Green bin.  It’s not worth it.

False garlic is best managed as soon as it is spotted in the garden.  It may take several passes over several seasons to fully eradicate it, but it’s worth being diligent.