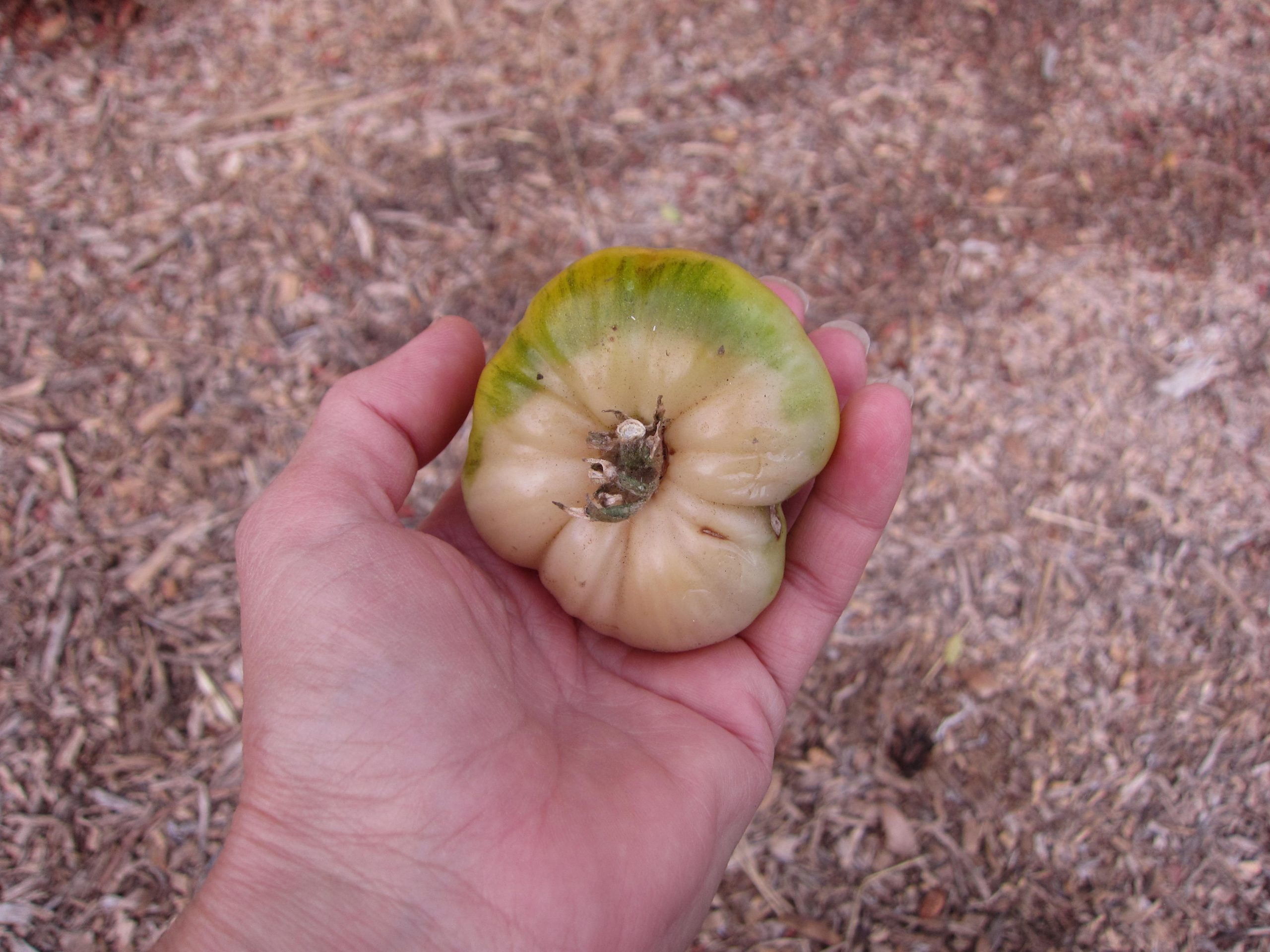 Temperatures hit 116° F in some Southern California gardens this week, causing heat damage to many crops. This question from Mary is timely:

“My tomatoes are getting heat stroke! I’m wondering if it’s too late to save all of them. I’ve installed a 50% sunblock shade, and I’ve thrown out any that have bleached. I wish I had picked them before this insane weekend, but now I’m worried that any of them with dime-sized white spots are goners. This is happening both to my Earth Box black krims and my raised garden carmellos. They were just on the edge of ripening too. Is the sunblock shade a good idea, or is there something else I should do?”

The bleaching and white spots you’re talking about is sun scald. It occurs during hot temperatures on fruits or plants (and trees) that don’t have enough protection against direct sunlight. Right around this time, we’ve been pruning away dead or infected leaves on tomato plants, so when the hot weather hit–Boom! No protection. That’s what happened here at Gardenerd HQ anyway.

Shade cloth – you are right to put up shade cloth, Mary. That’s the first line of defense. The folks at TomatoMania suggest a shade cloth rated for 25-50% coverage. That will reduce the sun’s harsh rays directly on exposed crops.

It’s Not the End

Sun scald on tomato fruits does not signal the end of the tomato plant. This is usually a temporary problem. Again, the folks at Tomatomania suggest the following:

“Remove damaged fruit to lessen the load on the plants. If tips and ends of branching got damaged go ahead and cut that off as well...Many good gardeners report that they will prune the entire top portion of plants that got hit the hardest.”

It’s a good idea to give plants extra water during these hot times. Deep soaks are better than a little water every day. However, container plants will most likely need water daily. Also, help reduce the shock of sun damage by feeding tomato plants this week. Tomatomania’s Scott Daigre suggests using a nitrogen-heavy liquid organic fertilizer (to stimulate new leafy growth) rather than a phosphorus- or potassium-rich formula for blooming.

If temperatures drop, you can remove the shade cloth or switch out to a shade cloth with lighter coverage. But I don’t see much relief in the forecast anytime soon. 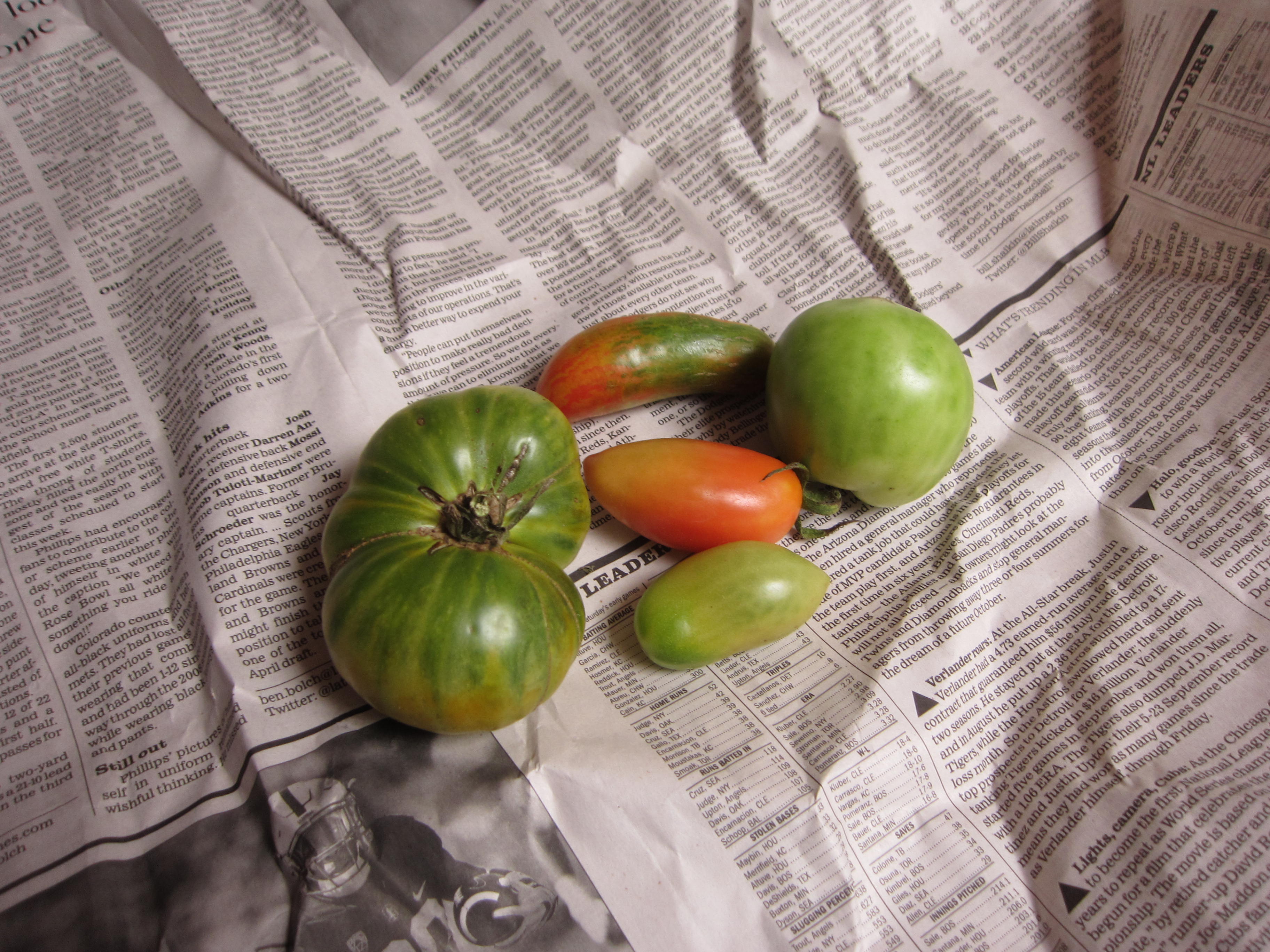 For those tomatoes with small blotches, you can bring them in and ripen them off the vine. Wrap them in newspaper and leave them on the counter. They will still be useful if you cut away the damaged parts. Check them every couple of days to make sure they aren’t rotting instead.

Thanks for this timely question about heat damage, Mary. We hope it helps.

YouTube: How to Keep Squirrels Out of the Garden