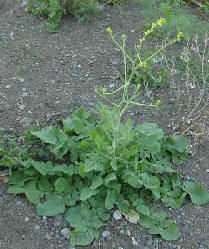 In our last episode, our protagonist was struggling to understand where excessive zinc levels came from in her garden soil.  In case you missed it, you can read about it here:  Can You Pass the Soil Test?

This week, we explore the world of phytoremediation as a possible solution.  What the heck is that, you ask?  To answer that question, let’s go back to the scene of the crime….

I woke up a couple of days after the test results came back wondering how all that zinc got in my soil.  Then it occurred to me that I was asking the wrong question.  In the world of Permaculture there is a common way of thinking that is summed up with this sentence: the problem is the solution.  What if the zinc in the soil is a solution to something, rather than a problem?

Translation: What grows well in high zinc soils? Or in my case (since I don’t want zinc in my soil), what plants pull zinc out of the soil?  That’s phytoremediation – using plants to remove contaminates from the environment.

I had heard that people use beets and chard to pull lead out of soils before.  I’ve also heard of diagnosing soil problems by observing what weeds are growing in those soils, but I didn’t know enough about it to put it into practice.  Then I started researching…

As it turns out, plants that grow in high zinc soil are the same plants that pull zinc out of soils.  They also happen to be the exact plants that are growing wild all over my community garden.  Namely Bermuda or Devils Grass (cynodon dactylon) , Bull Mallow (malva nicaeensis), and  Wild Mustard (hirschfeldia incana – shown above). Doesn’t it make sense that these zinc-extracting pervasive weeds would be found in soils that have high levels of zinc?!! 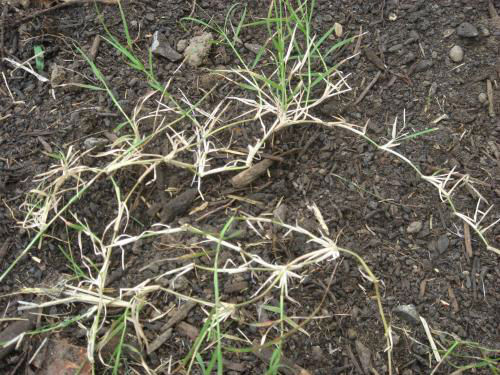 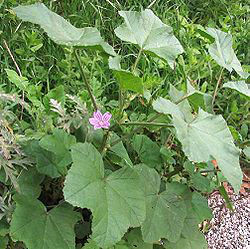 So theory would state that I should let my plot return to its original state – overrun with these weeds – for a few years to help reduce the zinc.  Since that’s not an option for me, what else can I do?  Well – I’m going to deliberately plant a couple of other plants that are easier to maintain that also pull zinc out of the soil.  Here are the stars of the show: 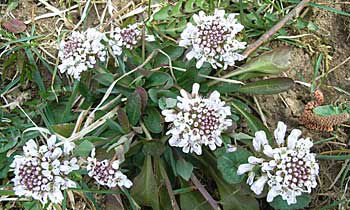 Alpine Penny Cress (thlaspi rotundifolium or thlaspi caenulescens) – a native of California and really good at removing zinc from soils, according to a study done by plant physiologist Leon V. Kochian.  He found that Alpine Penny Cress accumulates heavy metals, particularly zinc and cadmium, in its stalks at high levels. 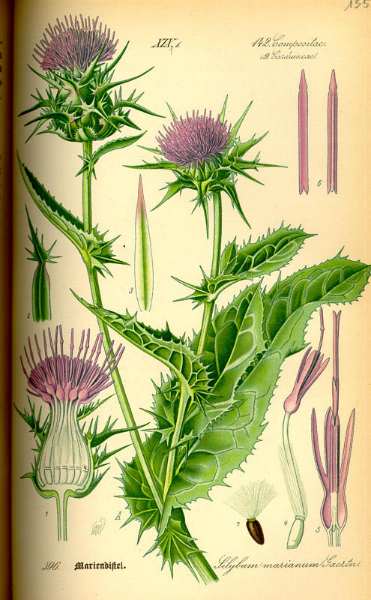 Milk Thistle (sylibum marianum) – this prickly weed is not only used in Bio-dynamic agriculture, and as a supplement in the herbal remedy industry (used with guidance from a professional), but it pull toxins out of the soil.

I’ll report back my findings at a future date.  In the meanwhile, if you have any of your own phytoremediation tales please share them with us here.

The Gardens of Ireland – Part 1 – Adair