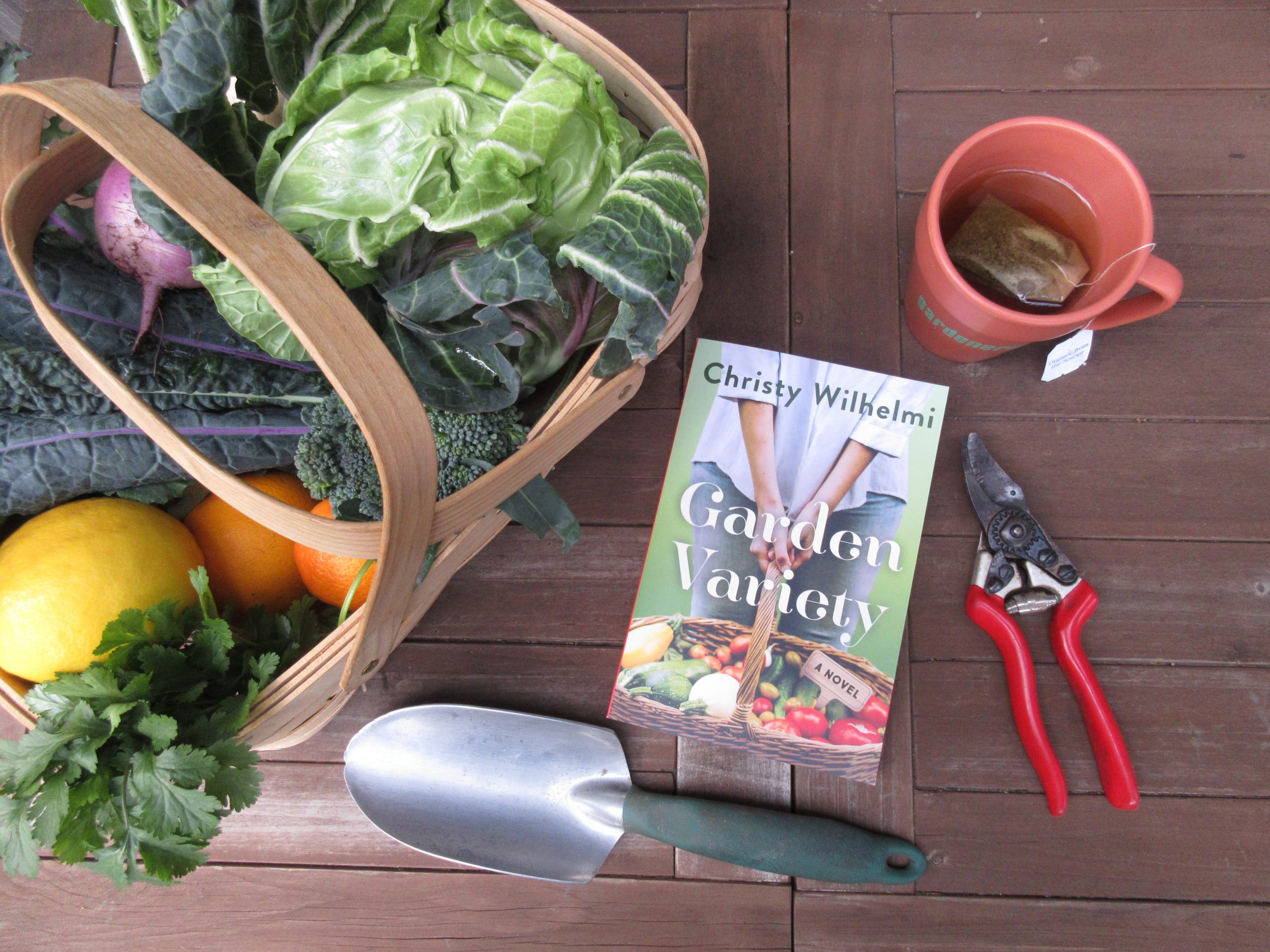 Read Garden Variety while you wait for last frost, or as you harvest winter crops.

Gardenerds, I’ve been awaiting this day for more than a decade; the day when my debut novel, Garden Variety, is released by a major publishing house. Just in time to inspire your spring gardening plans.

It’s Story Time! (TL:DR – this is how Garden Variety came into being)

Let me share a little background on this book, for those of you who know me only as a garden expert.

I wrote the first scene of Garden Variety in 2001, then put it away for 8 years while I went through separation, divorce, moving, starting over from scratch (read: depression, therapy, self-building, recovery, single life), meeting the love of my life, marriage, moving, and starting that life together. Next, I left my day job to do Gardenerd full time.

In 2009 I wrote the first full draft, then spent the next few years learning how to write a decent novel at UCLA’s writers program, and churned out a handful of drafts. Then, when a publisher approached me to write Gardening for Geeks, the novel sat dormant for another 2 years.

Between drafts, Gardenerd expanded, taking up more of my time. I sent out query letters to agents, attended writers conferences, distributed copies to test readers, and made changes based on that feedback. Occasionally I would polish another draft, hire an editor and work on it again.

My aim was to get 100 “no”s from literary agencies before giving up. After all, I was writing something that didn’t fit into a category. It was “garden fiction”, but no one had heard of that. It was set in a community garden, with “too many characters”. It was “not easily marketable”, or so the rejection letters told me.

In 2019, I took a course on independent publishing (my handmade cover mock up pictured above). Then I sent out my last batch of query letters just before Thanksgiving, knowing that these rejections would bring me to my 100 “no”s. On January 2nd, 2020, two things happened:

In both cases, I was beside myself. The first, because Priya not only liked the book, but she sent me EIGHT pages of notes on how to make it better. This meant she cared about the book. She wanted the book to succeed. And therefore, this was someone I wanted to work with. Let me clarify: other agencies wrote back with positive thoughts, but they didn’t express the kind of interest I wanted to see in an agent.

The second reason for my co-mingled astonishment and joy, about Grow Your Own…, was that for New Years, I had secretly wished for a chance to write a new book with a dedicated garden book publisher. It was time. And then boom! Jessica Walliser showed up in my inbox.

I had no idea how I was going to work on two books at once while running Gardenerd, producing content for the blog, podcast, YouTube channel, and producing all the classes for TomatoMania, and everything else. Then Covid hit.

Suddenly home gardening exploded, the phone rang off the hook. But mercifully, I didn’t have to drive to client’s houses an hour each way. Zoom saved me from that. I regained hours each day, and spent the next 7 months toggling between drafts of Garden Variety and Grow Your Own…. Three weeks on one, three weeks on the other, to meet deadlines for each.

I worked on Gardenerd in the mornings, then after lunch switched to a book. It was exhausting. But the whole time I knew it would never have been possible without lock down. It was a blessed gift of time.

I envied those who posted on Facebook that they were de-cluttering or learning a new skill, or getting a better body on their Peloton bikes, or backpacking in the untouched mountains. I was glued to my desk for 12-14 hours a day. But I knew I would have something to show for it (including 15 extra pounds and stacks of crap around me that Marie Kondo would disapprove). I turned in my final draft to Priya in September 2020, and she started shopping it around.

Then the day after the 2020 election, Priya called me. “I am feeling very optimistic today,” she said. I thought she was talking about the election, when she added, “And I have some good news.” When Priya said I might be receiving an offer soon, I figured she meant MAYBE, and that it would be at least a week before I heard anything. The next day a real-live, honest-to-goodness offer for Garden Variety arrived in my inbox from William Morrow, a division of Harper Collins. Finally.

They were eager for me to say yes, to take other offers off the table. After a conversation with the publisher, I was convinced William Morrow was the right home for Garden Variety.

89 rejections and 15 drafts brought me to this day. Can you blame me for being excited?

Join me in the celebration in Los Angeles this Sunday, February 6th at 1:30 p.m. at the Garden Variety book launch party or RSVP on Facebook. Books will be for sale on site. Not in LA? Order your copy and learn more about the book here.

Pie in the Sky

Review: From Cows to Concrete