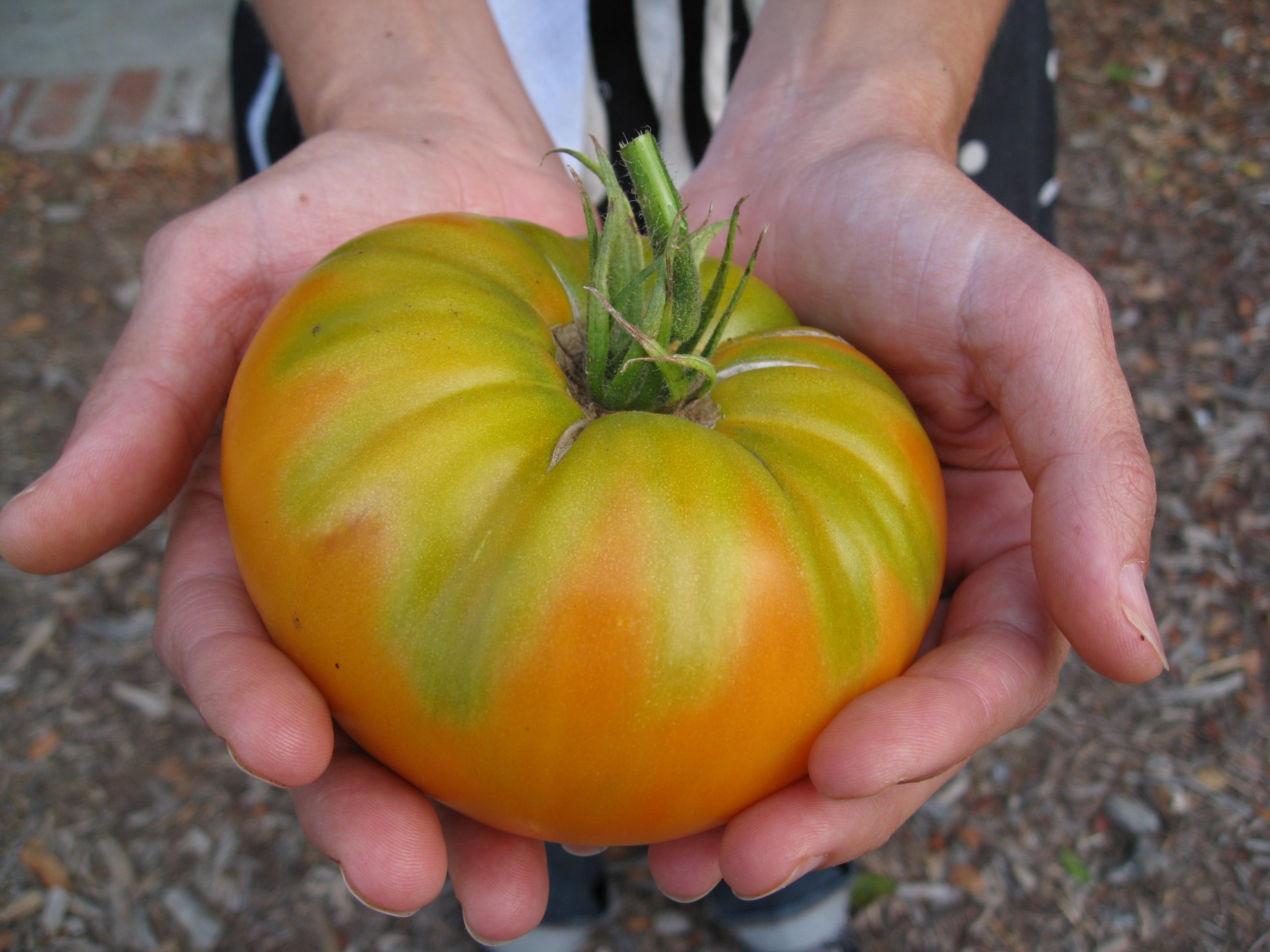 When I ask clients “What type of tomatoes do you want to grow?” the answer I expect to hear is “cherry”, “plum”, “paste”, “slicing” or  “beefsteak”. Instead, most often the response is, “Oh, I want to grow those heirloom kind.” To which I reply, “Which one?”

There are more than 400 varieties of heirloom tomatoes. There are cherry, plum, paste, grape, salad-sized, and beefsteak heirloom tomatoes that come in every color of the rainbow. So before we go any further, let’s define the word “heirloom”.

handed down from generation to generation, whether it’s a pocket watch, an antique dresser, or a tomato seed. Its heritage has been tracked and its traits have been preserved. There is no consensus on how old a seed must be in order to call it an heirloom, but generally speaking it is something that existed before the introduction of mainstream hybrid seeds in commercial farming (around 1951, though some sources say hybrids were grown commercially as far back as the 1920s). Heirlooms are open-pollinated, meaning you can save the seed from a parent plant, and that seed will grow up to be just like its parent, generation after generation.

From a marketing perspective, however, heirloom means one thing: colorful, stripey beefsteak tomatoes that make you go oooooooh.

“Heirloom” gets complicated because these days breeders are developing new varieties with the look and taste of heirlooms. Some are open pollinated (you can save the seed and regrow these) like Brad Gates entire awesome line of blue and striped tomatoes from Wild Boar Farms. He’s aptly labeling them Heirlooms of the Future.

Then there are breeders producing hybrid (F1) tomatoes with heirloom appearances and calling them heirlooms. That’s a bait and switch if you ask me. It’s like buying a brand-new vintage car. It’s not an heirloom, it’s a reproduction.

Glad we’ve cleared that up. If you have a favorite heirloom tomato you like to grow (or eat) post it below. We love learning about new (to us) varieties.