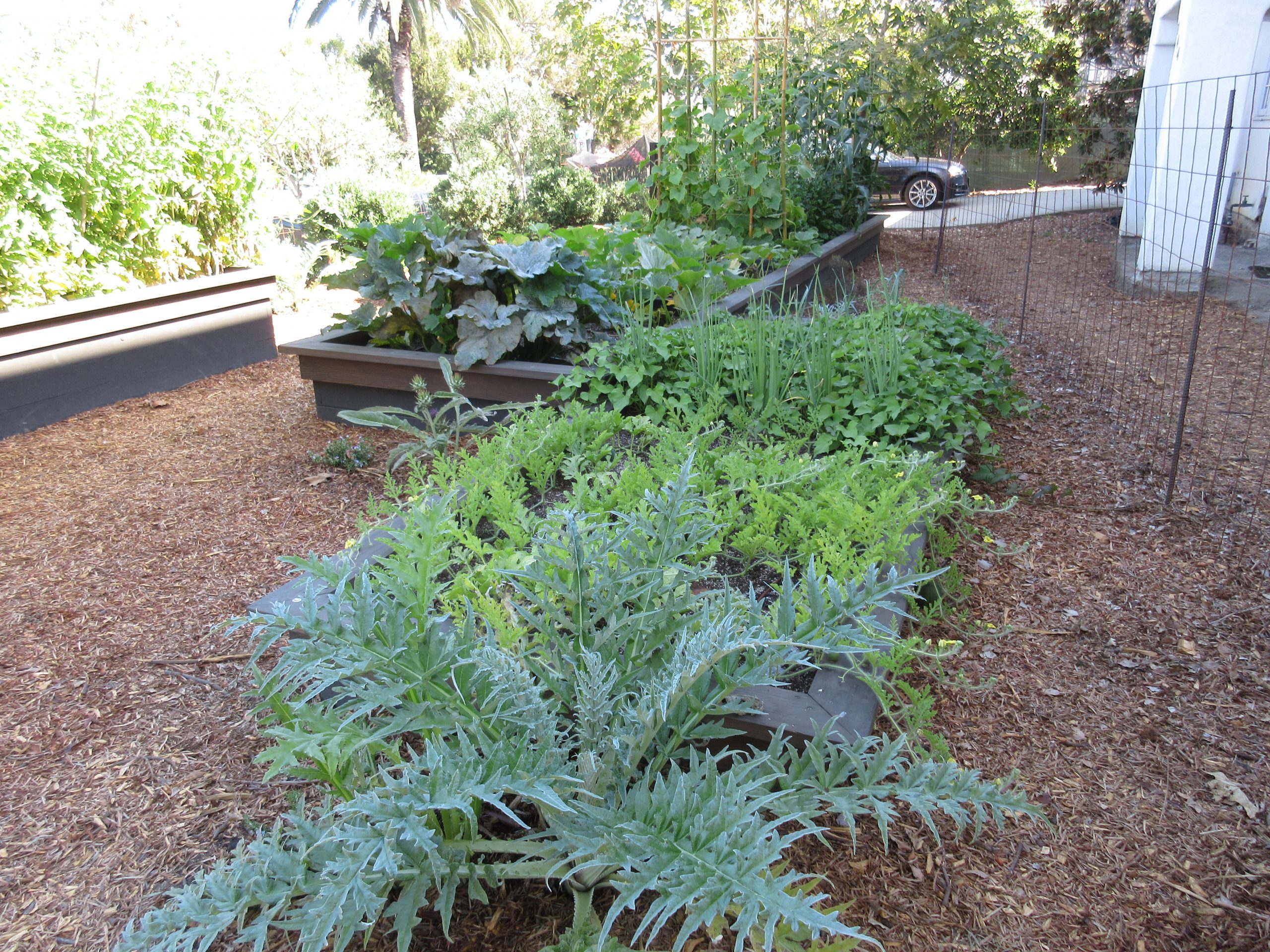 Squash, melons, and corn make up the second long bed.

Over the summer, we worked with a well-known designer to transform an existing garden for one of our clients. The garden occupied the homeowners front yard, but when her sister-in-law bought the house next door, they knocked down the fence between them to expand the garden. Now it stretches across both front yards. It’s a two-yard garden.

Our participation in the project included irrigation, soil, and veggie layouts for each of the raised beds. We chose plants for areas burdened by shade (i.e. herbs and tender greens), and we interspersed perennial crops between annuals to keep the beds looking full year-round.

The designer took our client’s existing raised beds and rearranged them into one continuous line across both properties. Some abutted one another purely for aesthetic, rather than functional, reasons. We worked within the bounds of the new design.

We filled the beds with the best quality biodynamic soil available and added 1/4″ drip tubing with 6″ emitters (to allow for biointensive plant spacing). And then we planted summer crops.

The summer garden included tomatoes, peppers, and eggplant in one bed, keeping all Solanaceae plants together for easy crop rotation next year…

And Cucurbiteae members (i.e. squash, cucumbers, and melons) together in another bed…

The designer tucked artichokes and rosemary around all the beds for flair, though we advised against it. It looks nice, but blocks access to the beds. The homeowner was okay with it, so we placed crops that don’t need as much attention near the artichokes.

We utilized the shady parts of the yard to plant lettuces, spinach, and arugula. Those would ordinarily bolt to seed quickly but shade from the new house protected them until afternoon.

The original existing bed exploded once we added biodynamic compost and planted additional tomatoes and basil. The beds are chock-full of crops planted bio-intensively for higher yields.

Now, with this two-yard garden, the homeowner can share the bounty with her sister-in-law’s family and still have enough to can, freeze, preserve for later in the year.

Shopping from your Garden