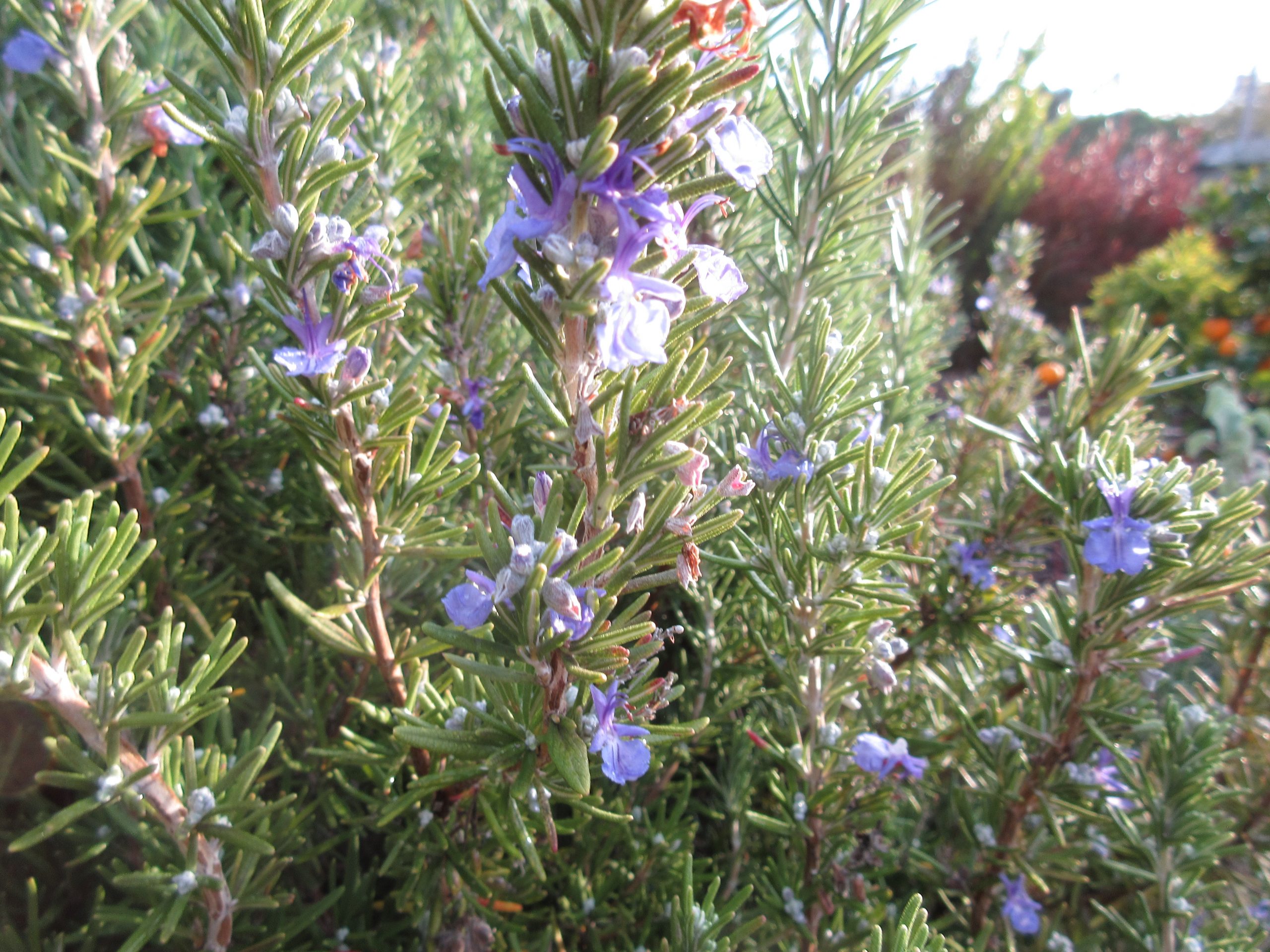 Rosemary is in bloom for bees and other pollinators who need nectar this winter.

A fun question came into Ask Gardenerd this week from Janet Lally. She asks, “This morning I found my rosemary had blobs of white foam on the ends of some branches. I had pruned the rosemary yesterday. What is it? –Janet Lally”

Oooh, I love this one, Janet. As the title of this blog post already reveals, you’ve got spittlebugs. They do exactly what it sounds like: they leave foamy blobs on your plants. The spittlebug is one of many sucking critters, in the same vein as white fly and mealy bugs, but they leave behind trace evidence in the form of foamy blobs.

Overall, spittlebugs are not harmful to plants. I’m guessing that your pruning task exposed more surface area for nearby bugs and they zoned in on the fresh foliage. Not to worry though, your rosemary can handle it.

More on the Spittlebug

Also known as froghoppers, these bugs are in the nymph stage when they do their deed. They emerge in spring from the soil, where their eggs have overwintered. Then they start moving up the plant. As they feed, they excrete that foamy substance (weirdly, it protects them from their enemies and keeps their mouths from “drying out”, according to this article). After they mature to adults, the grown ups move to grassy patches to hang out and mate, then the females return in fall to lay eggs in your leaf litter.

Sooooo, if you want to keep them at bay, you can blast them off your rosemary with a strong jet stream from the hose. You can clear away your leaf litter in the fall so they don’t have a place to lay eggs. But honestly, they don’t do enough damage to merit the effort.

Thanks for writing in, Janet, and we hope this helps you out.

Hey gardenerds, do you have a burning gardening question? A mystery in need of solving? Write in to Ask Gardenerd and we’ll pick a question to answer in an upcoming post.