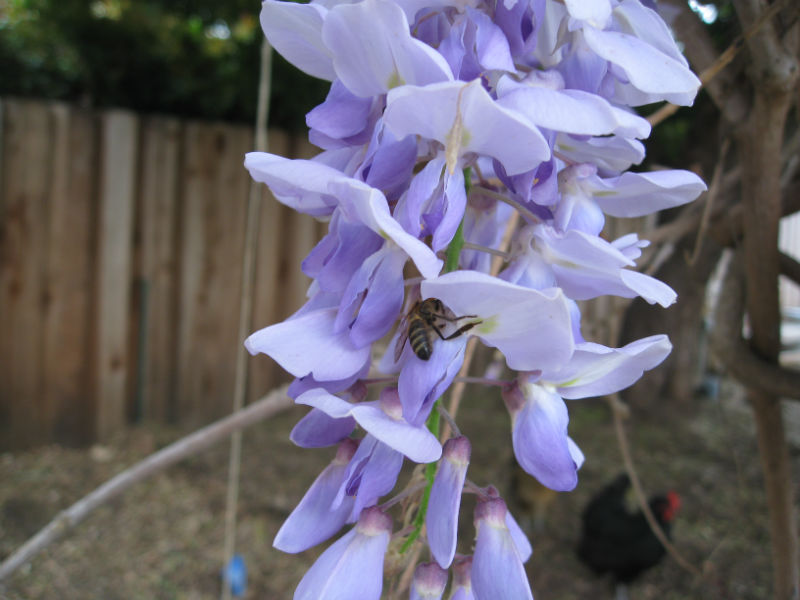 Wisteria blooms each March in Southern California, though last year it bloomed in February (well hello, climate change). Each year we look forward to fragrant blossoms hanging delicately from the pergola overhead and we don’t seem to mind the beautiful mess they make as the purple petals fall to the ground.

Bees love wisteria and dance around each dangling cluster of blossoms gathering nectar for this season’s honey stores. But before we wax rhapsodic any further, let’s get something straight: it’s wistaria, not wisteria.

Or is it? The plant is named after Casper Wistar, but the botanist who did the naming (Thomas Nuttall) revised it to Wisteria. You can find some clever banter over the linguistics here. And so the battle of aria vs. eria continues.

Wisteria is a long-lived perennial. The oldest living specimen is said to be 1,300 years old in Murata Japan, though this 1,000 year old wistaria Otoshi Shrine, Japan is nothing to thumb your nose at. In Sierra Madre, CA, lives a 115-year-old wistaria that claims to be the largest in the world. It has long since collapsed the house it grew beside. Which leads me to the next point…

Wistaria needs a trellis and if you don’t give it one, it will make its own. It wraps around posts like a python, and over time it will crush those dainty wooden trellises so well-intentionally placed.

Think metal, reinforced with concrete, and then you’ll be okay.

Wisteria takes many years to grow, but once established it rarely if ever needs additional watering. It benefits from yearly pruning (actually, twice-yearly in summer and winter) to keep its tangled vines in check. You’ll find some helpful pruning tips here and here. 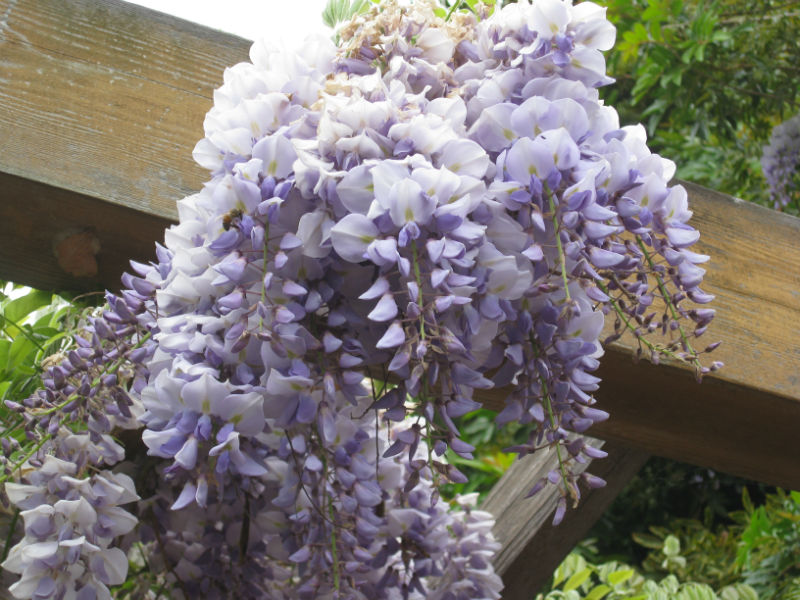 While in bloom, bees enjoy the flowers as much as we do. It’s a shame the blossoms don’t last longer than a month, but that’s part of nature’s beauty. I suppose if we had them in bloom all the time, we’d take them for granted.