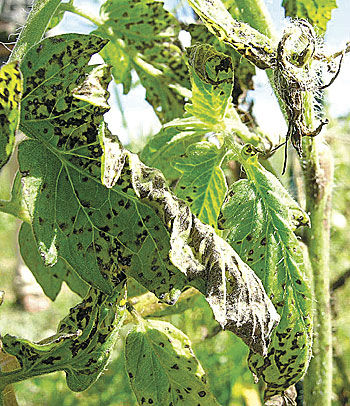 Watermelon – I think the last time I got watermelon to set fruit was about 9 years ago.  That hasn’t stopped me from trying.  This year, I inter-planted Crimson Sweet watermelon with the potato patch.  Maybe that pairing of companion plants has helped the watermelon on its way, because I’ve got 4 little babies setting fruit so far. Woo-hoo!

Yellow Cucumber – an heirloom variety that I stopped trying to grow for awhile – to take a break from the disappointment – and this year I planted a few vines and they’re setting fruit like crazy.  Little yellow spiky globes form, and then the spikes disappear, indicating that it’s ready to pick.  I can’t really explain why it’s working this year, but I’m grateful.

Delicata Squash – an Italian heirloom that I first tried last year.  The plant never took off (could have had something to do with gophers…) but this year, the vine has 3 squash already and there’s new growth to come.

Orach Mountain Spinach – After several attempts to germinate seed in the garden (no thanks to the birds, I’m sure) I finally got some Orach Mountain Spinach to grow this year.  In the past, it’s been a mixed bag. Some years it’s the talk of the town, but other years they’ve put on a spindly show.  I’m saving seeds from this batch to see if I can recreate the success next year.

Other plants that are doing well this year are the strawberries, celery, chard, potatoes and pumpkins – and of course – zucchini.

Tomatoes -surprisingly this year, my entire crop got hit with Septoria Leaf Spot. This isn’t the usual blight that turns some of the leaves brown and weakens the plant for awhile.  This is major death happening.  I have never seen this before in our neck of the woods, but I’m seeing it on my neighbor’s plants as well.  It starts with brown spots on the leaves – very unassuming. Then the leaf starts to turn yellow and brown and the whole branch dies back.

The fruit is effected as well, unfortunately.  I’ve had to throw away many cracked and discolored unripened tomatoes.  There are plenty of good tomatoes left, and I’ve been cutting off the affected leaves and spraying with Serenade (organic fungicide) to combat the problem. Hopefully we’ll see some improvement soon.

Melons and Cucumbers – aside from watermelon and yellow cucumbers, the powdery mildew has struck down most of the regular cucumbers and melons in the garden.  There are a couple cucumbers trying to push through, and one cantaloupe hanging on for dear life, but they weren’t able to overcome the June Gloom this year, it seems.  Had I been on top of it, I would have sprayed a copper spray or Serenade at the first sign of powdery mildew.  But I admit – I’m lazy at times and this year it shows.

Green Beans – the gopher attacks have been primarily focused on the green beans this year.  Why are they so tasty to gophers?  I’ve gotten a few meals worth, but the gopher got the lion’s share.  Next time – I’ll plant twice as many.

So – all that said, this year’s garden has still been extremely satisfying.  The patty pan squash is hard to keep up with, and the other new varieties we tried  have been a delight to watch grow.  There have been a lot of happily prepared meals from the bounty of the garden this summer.  And there’s more to come.

What’s working and not working in your garden?  Share it with us here.