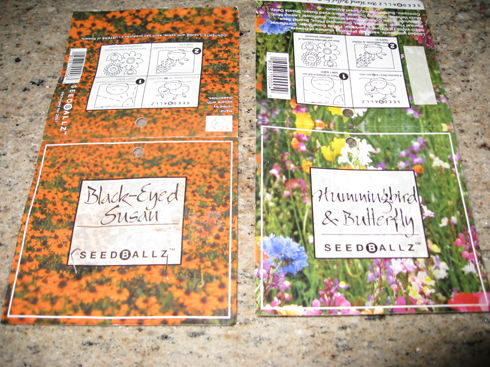 You’ve seen the news clips about seed balls being dispensed from gum ball machines and tossed lazily amongst the weeds in vacant lots, but what ever happens to them?  Do they indeed sprout and blossom into beautiful wildflowers?  Do they spruce up a desolate parkway in the midst of bustling city life?

I needed to find out for myself. So I bought two packages of seed balls for the Test Garden.

What the sales person told me, in contrast to the instructions, dispels the first myth: There is no “tossing” of said seed ball. 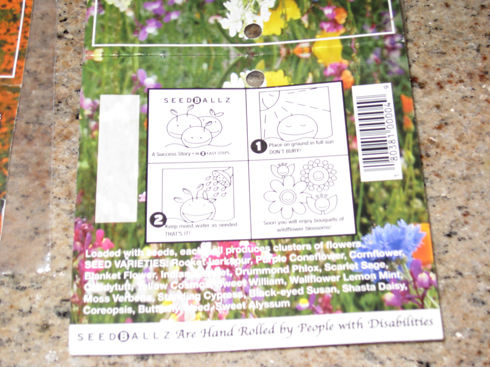 The instructions say to 1) place on ground in full sun – don’t bury, and 2) keep moist, water as needed.

The salesperson suggested that I press the seed ball to embed it about a third of the way into the soil.

The second step in the instructions (again, with input from the salesperson) clarified what I’d been wondering all along: How do they survive in dry California weather?  Yes, indeed, the seed balls must be kept moist until they germinate – which is somewhere between 7 to 45 days. So much for the drop and run philosophy. 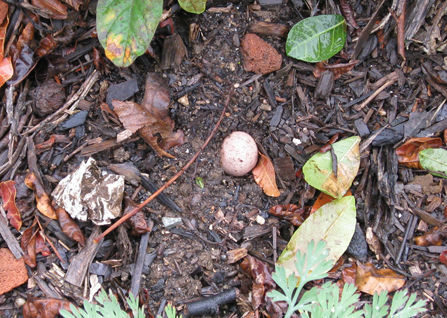 Newly planted seed ball in the center of this picture

When I planted my seed balls, I committed to watering them daily, then I remembered what the salesperson told me about the risk factors with seed balls.  For example, the day after I planted, I read that squirrels often mistake the seed balls for nuts.  Sure enough, I went outside and found that a few seed balls had “gone missing”, leaving only the depression in the soil where they once lived. 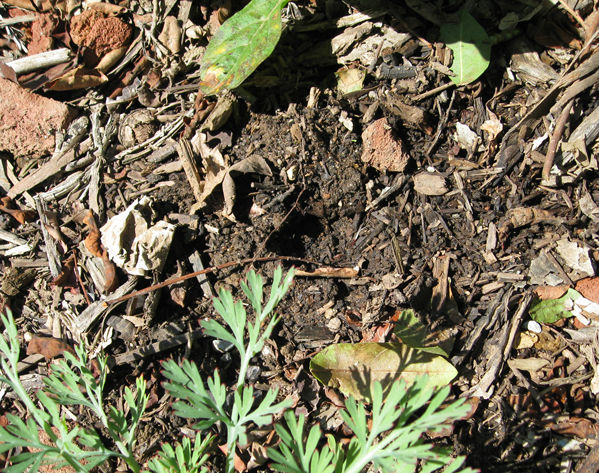 Other seed balls had been picked apart by birds, and most of the seeds were stolen.  The odds were quickly stacking against the seed ball.

Today, however, I ventured out to the garden to water the seed balls and this is what I found: 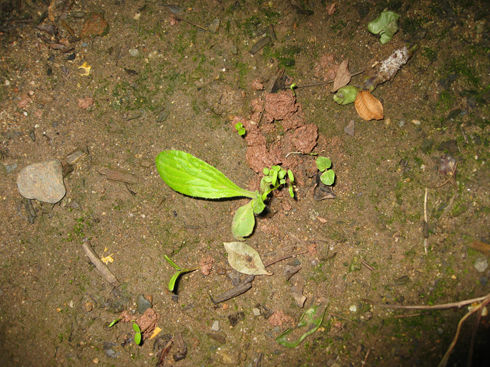 A broken up seed ball (thanks, birds) sprouting wildflowers.  The borage sprout on the left was
planted by me at a different time – not part of the seed ball – and came up at the same time.

So, my hopes were not dashed altogether.  The other seed balls have yet to sprout, but I am hopeful that will careful watering and attention, they will come to life.

In conclusion, let’s just say that seed balls may be more self-sufficient in wet-weather places, but in sunny Southern California, they need more help than is prescribed.  With that knowledge, let’s plant a few more seed balls under the drippy water spigot and hope for the best.

Year-End Round Up from Gardenerd!