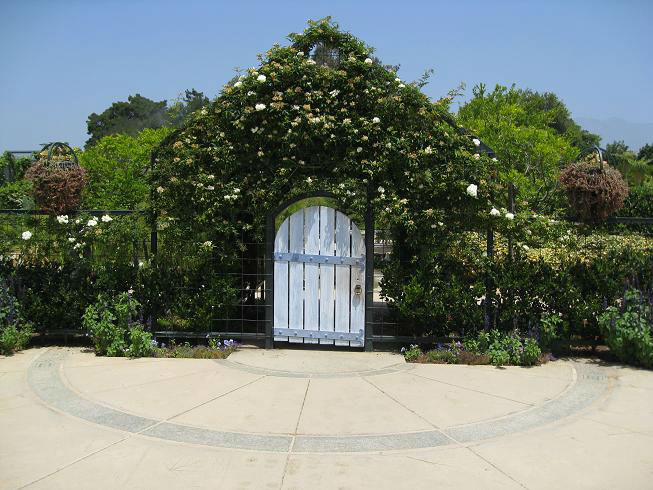 As a guilty pleasure, or let’s say…a business expense, I renewed my long-lost membership to the Huntington Library and Gardens this spring.  I haven’t been in years (since gas prices went up – it’s a bit of a drive to get to Pasadena from where I live). In fact, I hadn’t been back since the Huntington opened their Chinese and Children’s Gardens.  I was really looking forward to seeing the “new to me” installations, and sauntering through the rose garden and other old stomping grounds.

Let me tell you, it didn’t disappoint.  My first stop was the Shakespeare Garden, which was in full bloom. 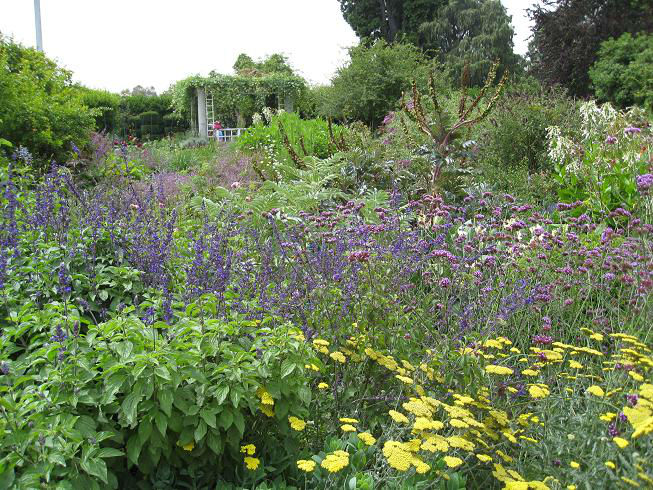 The Salvias and Yarrow were competing with the Heliotrope for attention.  Bees were buzzing.  The Bard’s bust was overlooking the garden, and many a reference to Romeo and Juliet was made.

Now I’ll admit, I’m pretty under-skilled when it comes to directions in pretty places (getting lost in Venice, Italy was a daily laughable experience).  Having neglected to pick up a map at the entrance, I was left to my own devices to find my way to the new gardens.  After passing through the rose garden, which was magnificently in bloom and fragrant beyond belief, I wandered into the Japanese garden hoping for a sign.  Luckily I found one and followed it to the entrance of the Chinese Garden.

I had no idea how big it really was.  There’s a LAKE in there, people!  Oh sure, it’s probably a pond, but it’s a big pond, with big koi fish. 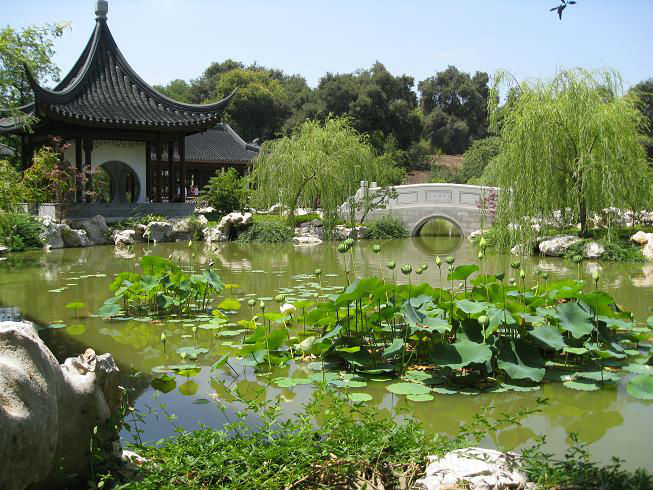 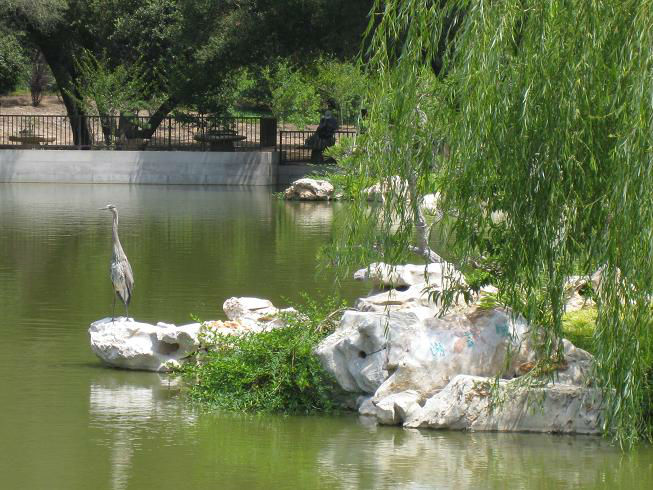 There were several Asian tourists with big-lense cameras waiting for the crane to strike an elegant pose.  I needed to move on.

Still completely unaware of where I was in the grand scheme of things, I was hoping to find my way out.  I followed the exit signs that seemed to be leading off to the neatherworlds, and happened upon what I can only describe as the “end of the Huntington” – much like in the Truman Show, when Truman reaches the wall at the end of the ocean.  There was a tiny sign pointing to a stand of redwood trees (they have redwood trees here? I thought), and a mysterious stream that seems to have no clear beginning.  Then a fence and unadorned wild grasses beyond that.  The odd thing was that I discovered several peach trees planted between “the end” and the stand of redwoods.  I couldn’t help but think that someone had planted those all for themselves.  The fruit was ripening on the trees very nicely.

Next stop: The conservatory.  It was being built when I last attended the Huntington.  Upon entry, you are greeted with a wave of warm, humid air (complete with climate control readings to tell you just how muggy it is in there).  That’s when I saw the Epiphytes: 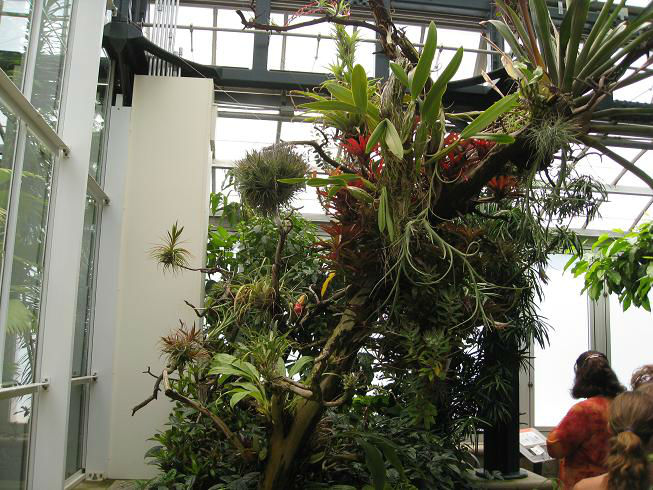 Epiphytes grow on air.  They attach to living plants, but don’t suck life from them.  They just hang out and decorate the place. There are many orchids that are epiphytes, and they are relatively easy to grow if you live in a humid, tropical climate (Florida – I’m talking to you).

My final stop before leaving was the Children’s’ Garden.  It’s truly delightful.

Behind that tiny door are two small children about 3 feet tall.  All the arches and arbors are built for small people.  But fear not, adults with bad backs, there are pathways around the outside of all the arches for grown ups to pass.  There were beautiful succulents, climbing roses, jasmines, and even a little grove of miniature citrus trees (about 3 feet tall and formed into globes on sticks) – full of fruit, mind you.

Children were playing with magnetic dust (don’t ask, I don’t really know), and romping around in the mist raining down from overhead.  Kids could take shelter under the tee-pee of vines growing up over a cone-shaped trellis.  Best of all, the concrete was stamped with little footprints next to big footprints, a permanent sign that children are always welcome here.