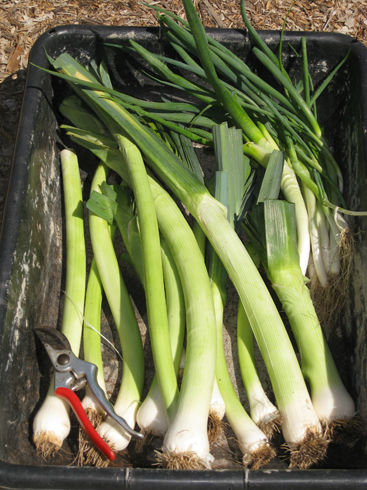 Now that summer has come to a close (not that you could tell with all the hot weather we’ve been having lately), harvest season is upon us.  As part of our harvest plan, we built a solar food dryer in order to alleviate some congestion in the freezer.

We’ve over our heads in leeks right now.  The fridge is full, and the freezer is already full of batches of potato leek soup.  So the solar food dryer came in handy last week when we harvested the rest of the leeks from the Test Garden.

Using a food-safe screen that allows more air flow through the vegetables, we outfitted the existing screen with the new screen material. 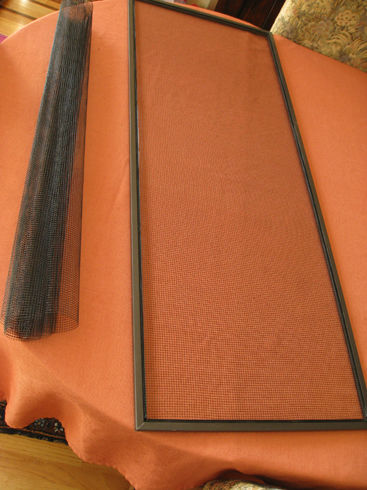 The screen allows 80% exposure – much more than regular screens do

We sliced and washed the leeks, and put them in a single layer in the dryer.  It takes only a few minutes for the temperature to get cookin’ in there. 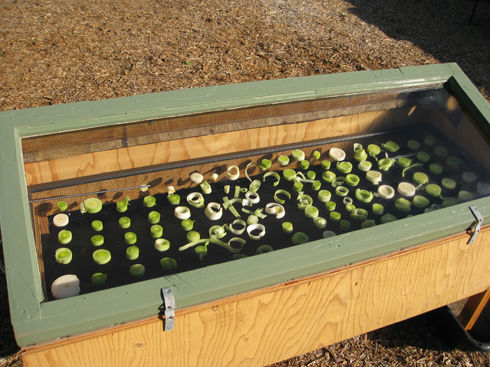 Now, raw food folks will say that you shouldn’t dry food at a temperature higher than 108º because you’ll kill the enzymes in the food. The food dryer folks, however, will say that at higher temperatures you preserve more vitamins.  Either way, I don’t really care just yet – I’m drying food! That’s exciting enough.  Our solar dryer fluctuates between 110 – 150 degrees. 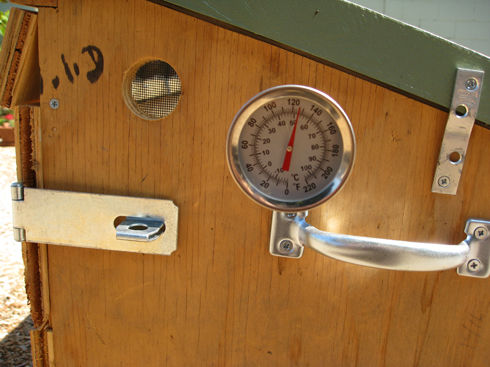 As luck would have it, the fog rolled in, so we plugged in the back up lights and left it overnight.  In the morning, the sun was out to finish the job.  In only a day and a half we had dried leeks. 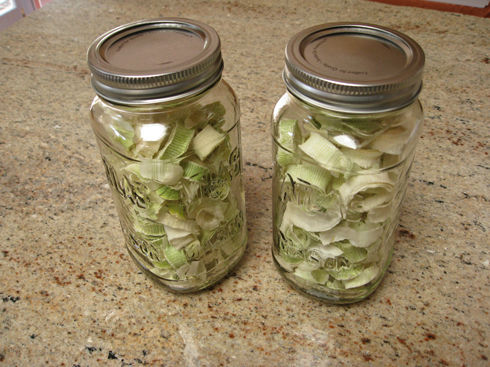 2 of the jars of dried leeks

So if you don’t want to dry leeks you can freeze them sliced, or make soup and freeze that. Either way, leeks will take you through the winter and keep your food flavorful all season long.

The next thing on the list to dry is the left over almond pulp from making almond milk. To be continued…