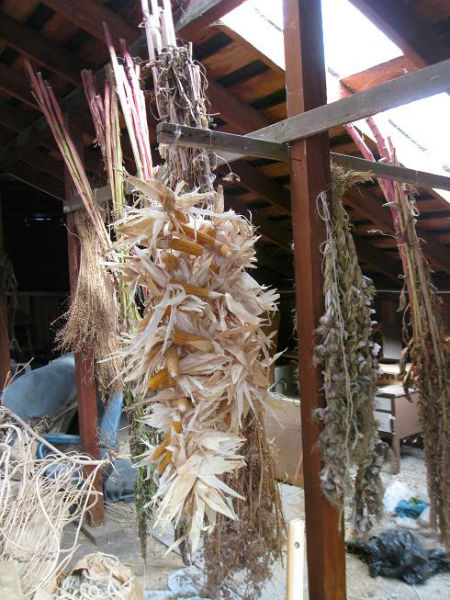 And so we continue with the adventures in Willits, CA during the 3-day Grow BioIntensive workshop…

The workshop took place in a most unusual location, what I can only describe as an intentional community of horse people.  There were homes and stables (in fact, this is where Sea Biscuit used to live back in the day), but it was isolated from the main highway and was centered around a faith-based community gathering space where our little garden class took place. 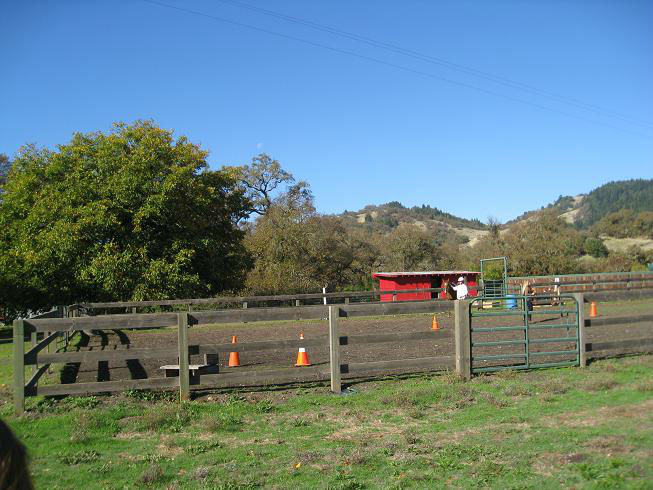 The garden on the property was large to us city folks – enough to hold several 40-bed units (that’s Grow BioIntensive lingo for 4,000 square feet of gardening space).  Two of our instructors were maintaining a 40-bed unit and were successfully growing most of their food from that space.  During this time of year, most of the beds were either planted with cover crops or were covered with shade cloth, but you can still see a few crops still going strong: 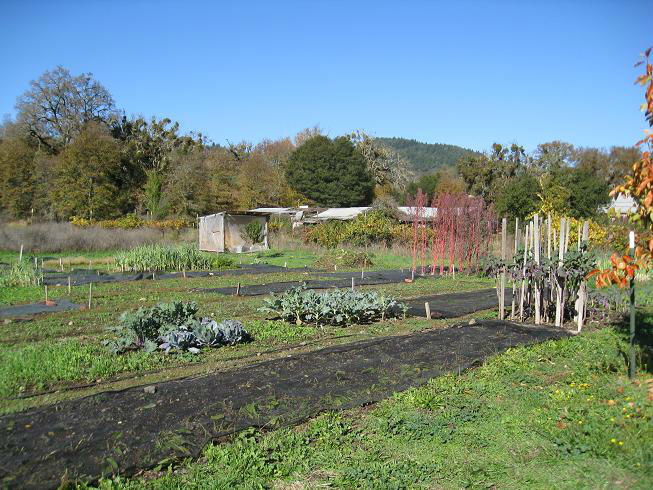 We spent the bulk of our time at the Golden Rule Garden learning how the proper techniques behind double digging.  Most people think of grunt work when double digging is mentioned, but John Jeavons insists that if done properly, double digging is actually pretty relaxing.  It’s all in the details and using the body’s weight to do most of the work, rather than muscles and sweat. I haven’t tried it yet, but I’ll let you know if I agree with him. 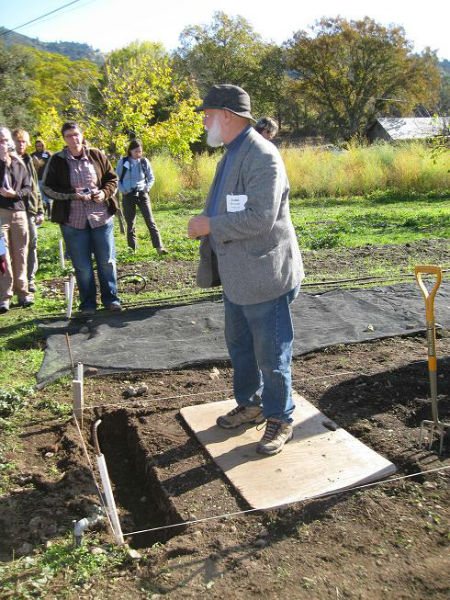 We took a tour of the grounds and discovered a large greenhouse in the back of the property, aptly called The Cathedral.  There were tomatoes growing to the ceiling of this glass garden house, as well as chard, herbs, citrus trees and even a kiwi vine. 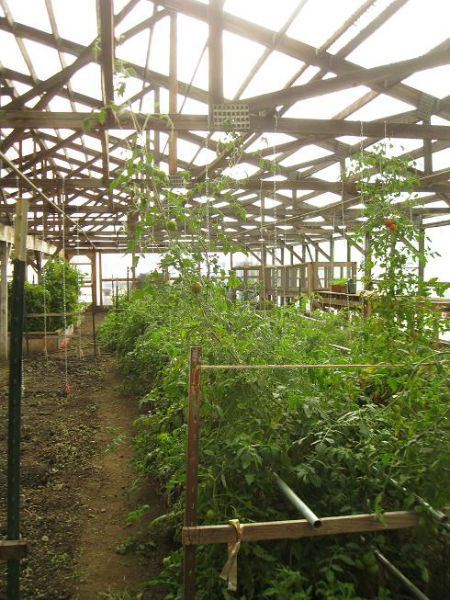 Then we visiting the threshing shed, which I think was my favorite part.  We learned how to thresh wheat with easy tools like a box fan, a couple of rubber bins and some hardware cloth (flexible metal grid material that aids in separating the wheat from the chaff when you step on it and do the shuffle).  They were drying all the grains from the recent harvest:   Quinoa, wheat, teff, and even corn and garlic (shown below).

As an added bonus, Dan our instructor showed us his homemade solar food dryer that he constructed out of materials that he found lying around.  The machine is designed to be very effective.  He was able to dry fruit completely in one day. 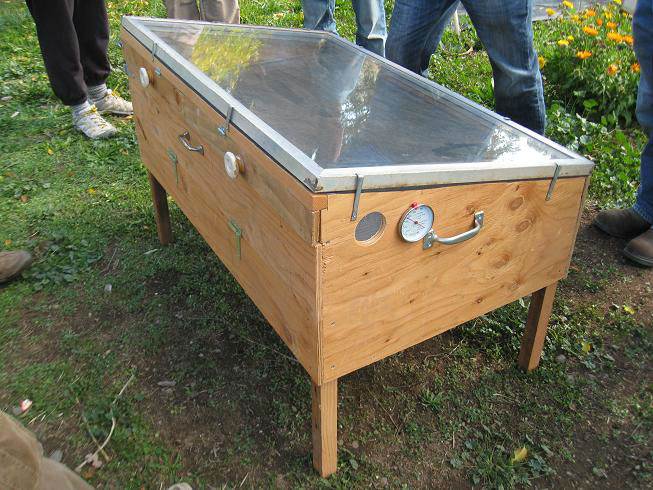 You can get the plans for this solar dryer in Eben Fodor’s Book The Solar Dryer:

Just before returning to the classroom, we followed Ellen, the woman who oversees Golden Rule Garden, to the shed to see a collection of freshly harvested amaranth.  It was so beautiful, we all asked for seeds to grow some at home.  She took our names and addresses and plans to start a test group of this particular variety of amaranth, which is an heirloom/rare breed. 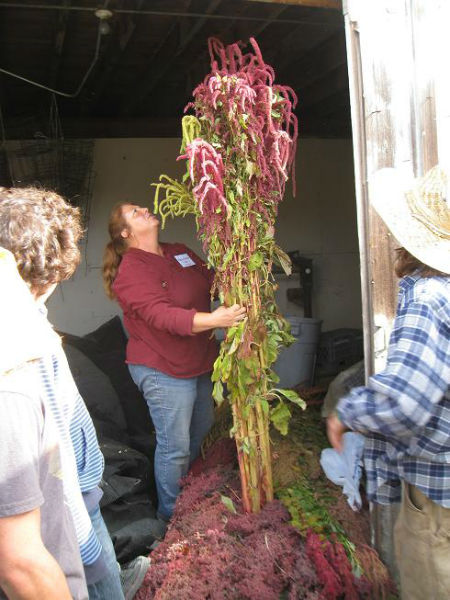 We all felt so grateful to have seen the inner workings of the Golden Rule Garden.  It solidified a lot of the concepts we had been discussing in class.

Shopping from your Garden