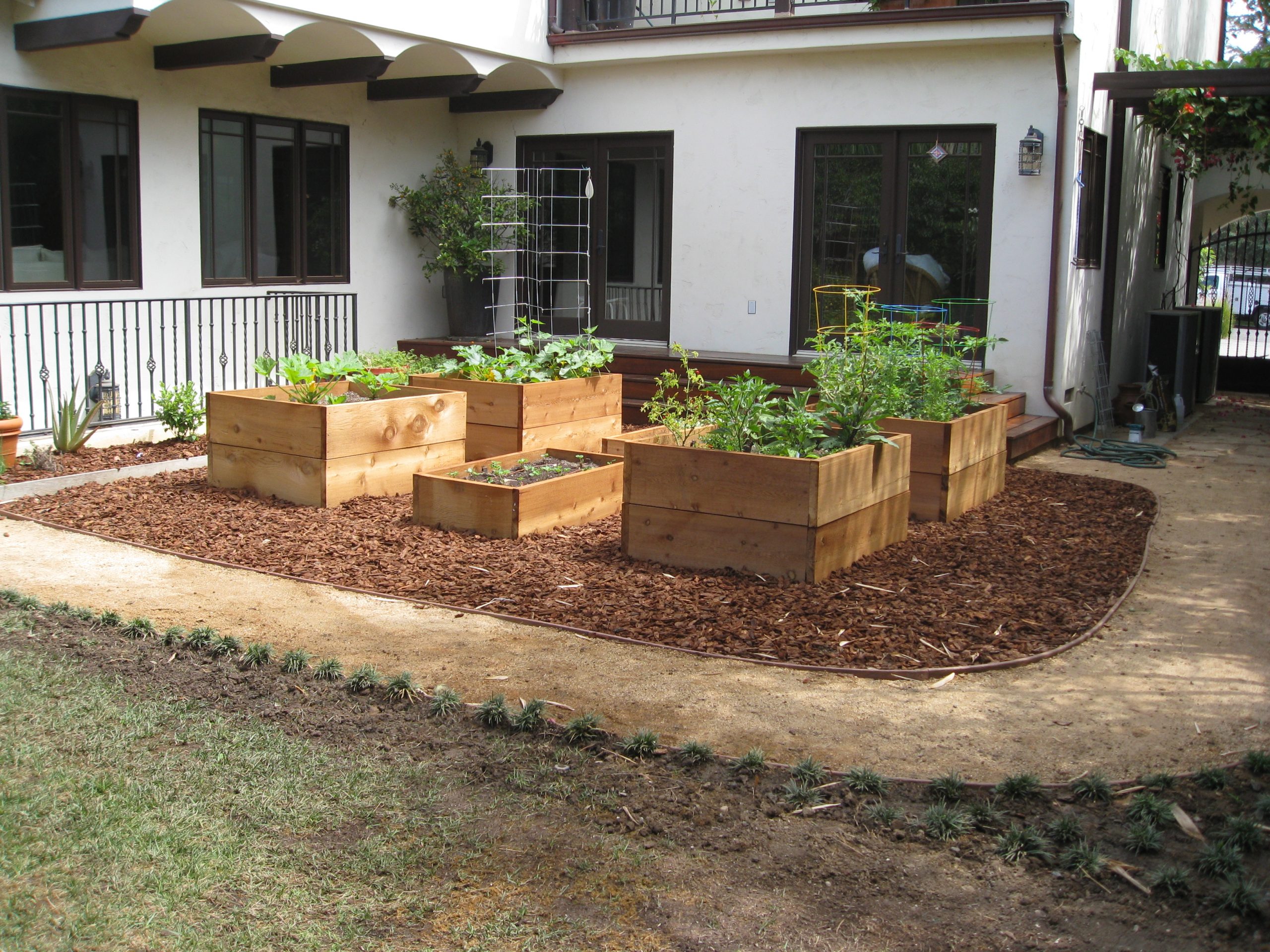 Now a focal point of the garden with an open feeling

Father’s Day is coming up, so it seemed appropriate to feature a new garden we just completed for a new dad. His little girl may not even be walking yet, but when she can she’ll have a place to grow some food with her father in their own backyard.

There was an existing garden, but it was made from pressure treated lumber, which isn’t safe for food crops. So we made plans to replace the wood and some of the soil with fresh biodynamic soil. We also wanted to expand the footprint a little so it didn’t feel like it was shoved into the corner, and to make a space for the little one to have her own garden too.

The property held over 30 fruit trees, some of which were crowding out more productive trees. The homeowner decided to remove a few, including the out-of-place pomegranate tree in the background (above) that was reaching for sunlight and blocking an entrance to the yard.

We wanted to reduce the thirsty lawn and eliminate it entirely around the garden beds, so the vegetable garden would not have to endure overhead watering (murder for tomatoes in coastal climates). We also wanted to add a couple of short beds so dad could give his little girl a place to grow things while he was working on the taller beds.

The new garden is a fresh start, with a decomposed granite pathway and mondo grass that will grow over time to soften the edges. The new short raised beds hold watermelons and bare root Mara du Bois strawberries that the client’s daughter can pick as soon as she’s big enough to scamper out into the garden.

We reclaimed some existing plants and wrangled a patch of runaway mint into it’s own pot. We added a couple of blueberries and artichokes along the border that will fill in to provide an edible background to the new garden.

The family is fond of Thai chili peppers and Asian eggplant varieties, so we gave them what they wanted in profusion.

We put tomatoes with colorful cages in the back

Squash and cucumbers have started to climb in the next bed over.

The client plans to replace some of the removed trees with new fruit trees in more appropriate locations. In the meanwhile, he’ll be able to pick fresh vegetables and herbs from his garden with is daughter this Father’s Day.