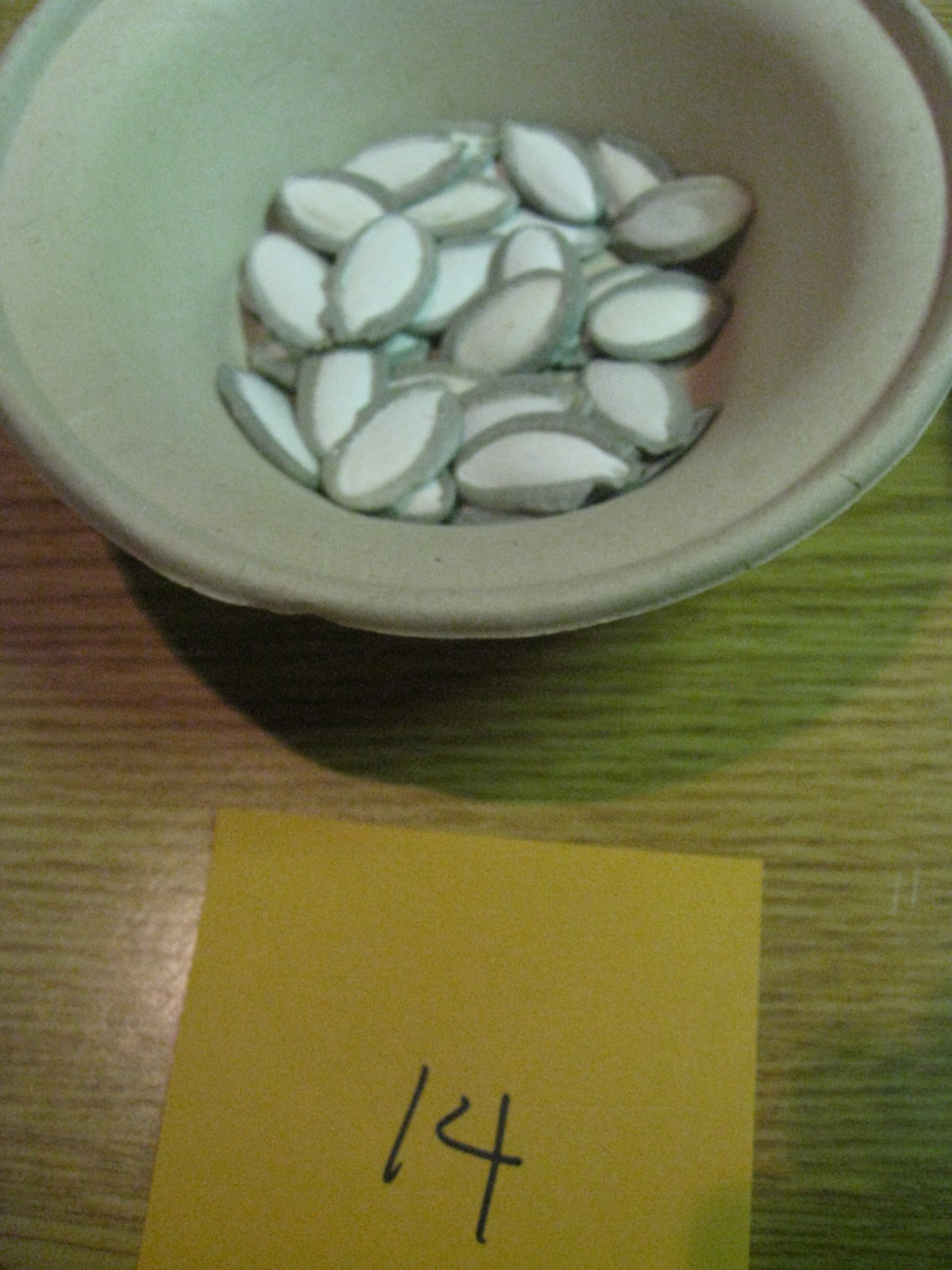 I had the pleasure of participating in a 6-day workshop all about seeds, presented by the folks at Native Seeds/Search. More than 30 gardenerds gathered to learn as much as we could, and we were not disappointed. We covered everything from plant genetics (for breeding and plant purity) and plant sex (plant parts), to saving seeds (stomping and screens included) and starting seed libraries. What a ride! So here’s a quick review of Part 1 – let’s go to seed school!

Day 1 featured some fun right from the start. Our instructors put out bowls of seeds, each bowl numbered for a specific seed. Our task? To identify as many seeds as possible. Cocky and ready to ace the test, I stood up and said, “I got this,” and strolled over to the table. Then my jaw dropped. I didn’t have this. There were seeds I’d never laid eyes on before. Lots of them.

After a moment of panic, I reminded myself to start with what I know. Beans. Okay, that’s easy, there were two of those. Then a melon seed, and some corn. Okay, not so bad. Onward…

But then, what the heck is this?? A crumply, rumply seed I’ve never seen before. I figured it must be some kind of gourd, but as it turns out, it’s called Devil’s Claw. It’s cultivated by many Southwest Native American tribes and the fiber of the fruit is used in basketry. The seeds have protein and a fair amount of oil too. We’re already learning something in Seed School.

Next up, a beautiful pumpkin seed I WANT! It has a silver edge and the seeds are larger than most pumpkin seeds. What’s it called? Why it’s Silver-edged Pumpkin, of course.

What’s interesting about these seeds is that they aren’t grown for the pumpkin flesh. In fact, the flesh is unpalatable. They’re grown for the seeds (to eat straight) or used in sauces. The pumpkin itself is gorgeous! White with silver-green stripes. Just like the seeds, really. This is definitely on my list for next summer.

We labeled seeds for sorghum, lambs quarters (I guessed amaranth, darn, but it’s in the same family!) and watermelon. We got a history lesson while trying to label Teosinte, corn’s ancient ancestor from Native Seeds. And we couldn’t keep our hands off the cotton seeds (so soft and fuzzy).

Despite the initial shock of not knowing, I actually ended up winning the prize for knowing the most seeds (at least seed types. Naming varieties was not an option). The miracle of miracles. I took home some Glass Gem popcorn seeds as my prize. So excited!

After a slide show about plant sex, we were given a tray with a knife, a magnifying loop and some seeds that had been soaked.

Maybe the slide show went by too quickly, but when they handed us this:

Did I mention I hated school? All those memories came flooding back. The sweaty palms, the fear of running out of time before the bell rang. All there. But my colleagues and I sallied forth and came up with most of the parts. Rather than posting my results, I’ll share this cool image of what a sprouted seed looks like through a loop:

Cool huh? Next we did a seed germination test with Sonora White Wheat, an heirloom grain that has been grown since 1770 (take that, wheat allergies). Placing 100 seeds on a wet paper towel will give us a very clear germination rate in a few days.

A few days later we opened our paper towels and counted seeds that didn’t germinate. Most of us had a 97% germination rate. Go seeds! We took ours home and did something fun with them. More on that later.

At the end of the day we were left with this question:

What are you doing today that will have relevance in a thousand years?

I’m not sure who said it, but it gets you thinking, doesn’t it? The truth is that saving seed can make a difference for thousands of years. Let’s accept the challenge (and fun!) and start saving seeds for future generations.

Cats in the Garden: Our New Addition