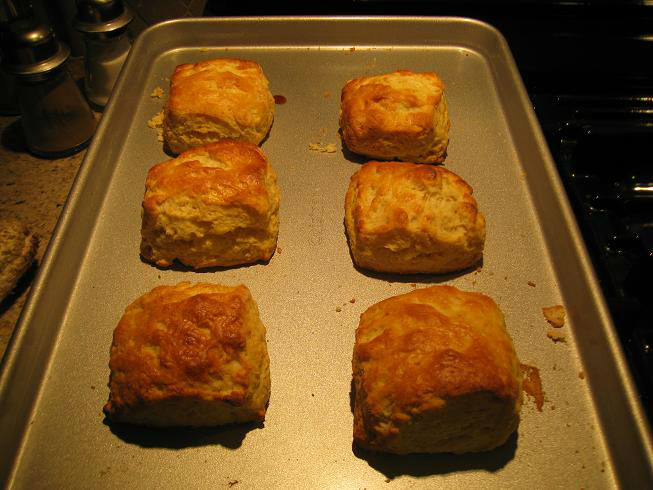 This doesn’t exactly fall under the category of What’s Growin’ On, but as the urge to homestead becomes more prevalent in our community, I like to include these tidbits of culinary experimentation along with the mainstream gardening information.  So, in case you were wondering what to do with that left over heavy cream in the fridge that might be too old to use but you’re not sure, here’s how to make butter and biscuits.

I’ll admit I was skeptical the first time I heard that one makes butter by shaking cream in a mason jar for about twenty minutes.  In fact, I do believe my exact words to my husband, who was shaking said mason jar at the time, were, “no f*@king way”… followed by that unmistakable thunk sound that mason jars make when a butterball has just formed inside them, and my subsequent shame.

The trick is in the preparation.  You have to leave your cream out on the counter for about 12-24 hours.  This causes it to sour just a little bit, which gives it the perfect butter flavor when finished.  Open the carton or leave the lid off and let it sit overnight.  Then pour it into a mason jar, or just close up the carton and start shaking slowly.  Back and forth, top to bottom.  I find that reading e-mails makes the time go by faster as you shake.

Eventually you’ll hear that classic thunk and you’ll have butter.  At this point pour off the buttermilk that has separated from the butter and set it aside for the next step.  Keep shaking to release more buttermilk and pour it off.  This is what it looks like when you’re finished: 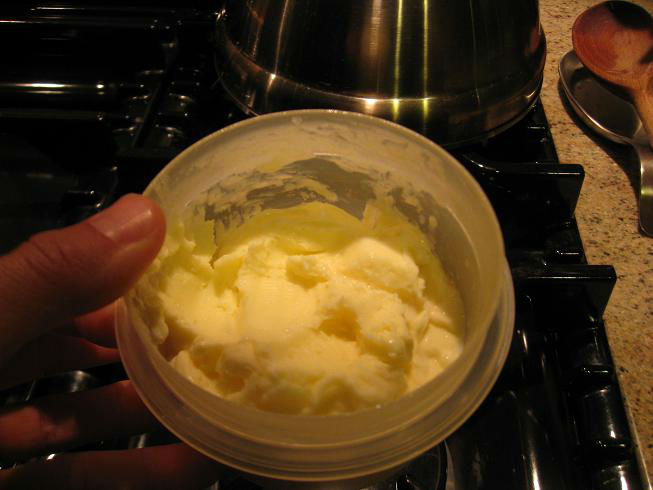 So when you’re done, you’ll get about a cup of buttermilk or so (if you used a pint container of heavy cream).  What to do with it?  Make buttermilk biscuits, of course!

Now, I have another confession.  Until this experiment, I’d never made biscuits that didn’t come from a yellow box or an exploding tube.  I figured that most recipes for buttermilk biscuits had lard in them, and since I’m a vegetarian, this doesn’t fly.  Upon discovering the plethora of recipes that simply call for chilled butter (and discovering that I’ve been living under a rock), I found this recipe that claims to make the best biscuits ever:

So I made them and found that the recipe was easy as pie (or easier, for those of us who don’t make pie).  If I do say so myself, they came out picture perfect.

I almost didn’t want to eat them because they were so pretty, but then I came to my senses and ate several in one sitting topped with home made butter.  Absolute bliss!

Got Beans? Sun Coast Farms Does.