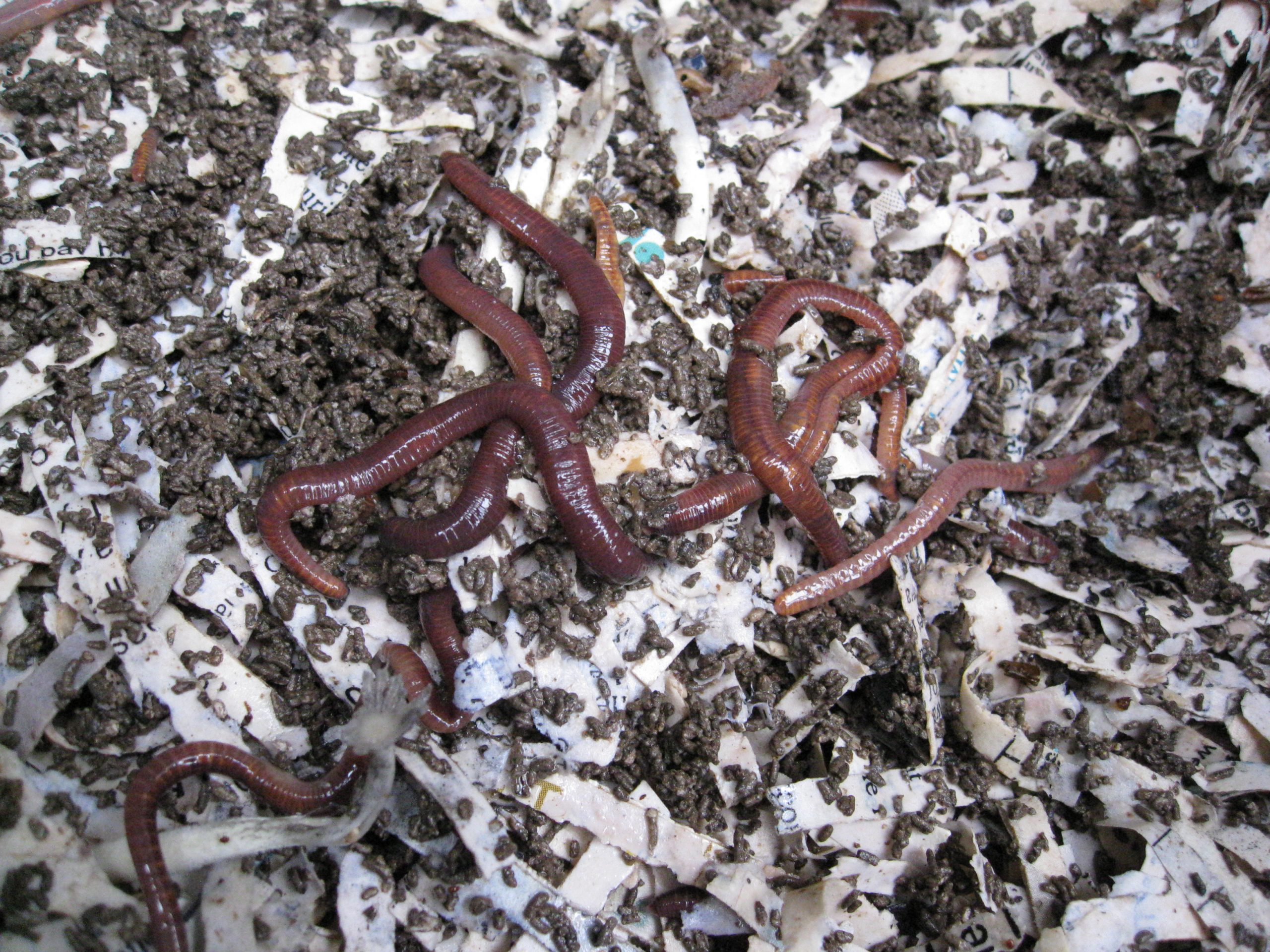 Red Wiggler worms in a worm bin. You can apply Diatomaceous earth to keep fruit flies away without harming worms.

We get questions like this one from Esther Lumer a lot: “Where do I buy worms to revive my compost bins?” The answer varies depending on what kind of compost bin you have. Let’s explore.

The needs of your compost bin are different from the needs of your worm bin (vermicompost). Also, the location of your bin matters. Once we discuss this, we’ll move on to suppliers.

If You Build It…

If you situate your compost bin on soil (with an open bottom), worms and other microorganisms will find their way to the contents of your compost bin. There is no need to import worms in this scenario. The worms that find your bin will most likely be native earthworms rather than red wigglers, but they will do the same job.

More often than not, if worms and microorganisms are missing from your compost bin, it is due to human error. Too dry, too wet, not enough biomass to attract them. If your bin is smelly and soggy, add more brown material. If it’s too dry (which is likely in the hot summer months) water and turn the pile until a handful of biomass feels wet like a rung out sponge. Water promotes decay. Decay attracts bacteria. And worms feed on bacteria. Boom!

In closed systems, such as worm bins or compost tumblers, there is no way for worms to find their way into the container. You have to import them. We often recommend tossing a few shovels-full of existing soil into a compost tumbler to inoculate a new bin. There are billions of microbes in just a teaspoon of soil. No need to buy “compost starters”.

In a worm bin, importing red wigglers (Eisenia fetida) is a necessity. Whether you search Craigslist for people willing to share, or have a friend with an active bin already, there are plenty of ways to get worms. If that method doesn’t work, then it’s time to go shopping.

At the time of this writing, many of the online sellers of red wigglers are sold out, due to the pandemic gardening craze, but ordinarily you can find sources here:

Uncle Jim’s Worm Farm – this site is new to us, but they have supplies galore. They currently have worms in stock.

Worm Return – also new to us, but they also currently have worms in stock.

Enrecos – another supplier that seems to have stock right now.

The Worm Farm – website is in operation and they appear to have stock.

You can also search for “red wiggler eggs for sale”. The eggs are great to incorporate into your worm bin and closed compost system. The worms will be born in their new home rather than having to recover from a long journey.

Thanks for writing in, Esther. We hope this helps!