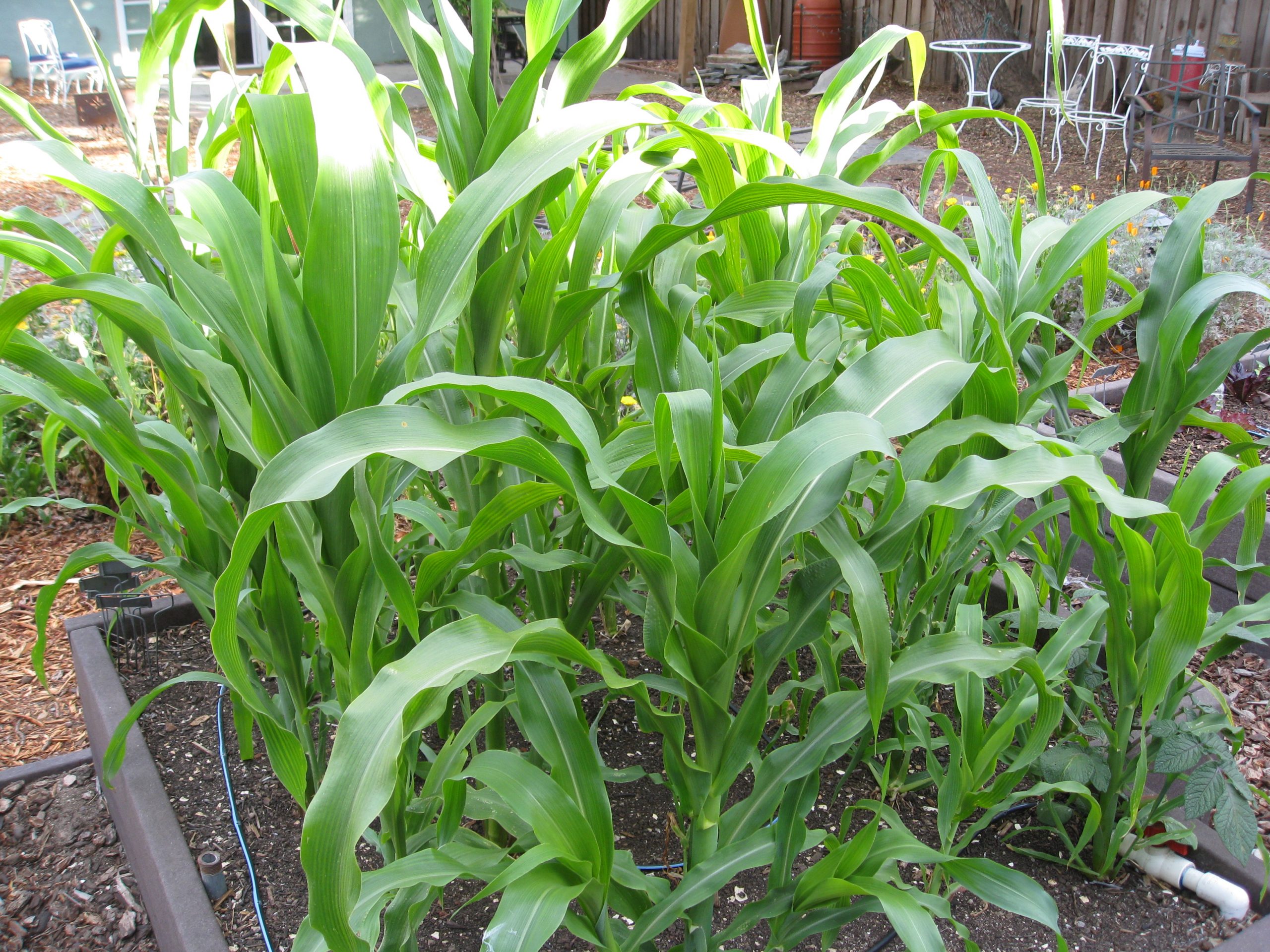 Glass Gem popping corn is about waist high now. Some say it's early, but we feel right on time about it.

Lina wrote into Ask Gardenerd this week, “Can you plant broccoli in the same fabric pot where corn and beans were previously planted?” Lina, your question presents the perfect opportunity to discuss plant families.

The short answer to your question, Lina, is yes. You can plant broccoli in the same pot following beans and corn. Broccoli belongs to the Brassicaceae family (brassicas for short) which includes kale, cauliflower, cabbage, collards, and Brussels sprouts.

Corn belongs to the grass family, or Poaceae (along with wheat, oats and rye). But it specifically belongs to the Zea genus within the Poaceae family. That’s why corn’s latin name is Zea Mays.

Beans, on the other hand, belong to the Fabaceae or legume family along with peas and other nitrogen-fixing crops.

Why Does This Matter?

Plants in the same family tend to use up the same nutrients from soils. So it’s important to rotate crops each season to a new location in your garden each year. But there’s another reason to rotate!

Crops in the same family share the same diseases. If your soil gets infected with blight from a tomato plant, any other member of the Solanaceae family (peppers, tomatillos, potatoes, eggplants) can get the same disease if grown in that spot.

So since your beans and corn are not in the same family as broccoli, you can plant them in the same pot. BUT….

Both corn and broccoli are what we call heavy feeders. They pull a lot of nutrients out of the soil in order to produce ears (corn) and a head (broccoli). Given that you’ll be growing both back-to-back in a pot, you’ll need to replenish those nutrients before planting the new crop. And feed them during the growing season because the roots can’t dive deep for nutrients in a pot. We’re talking compost, worm castings, compost tea, etc.

Side note: while it’s true that beans fix nitrogen in soils, most of that nitrogen is used back up by the plant in order to make beans. So again…compost, worm castings, compost tea.

Thanks for writing in, Lina. We hope this helps you plan your garden this coming fall.