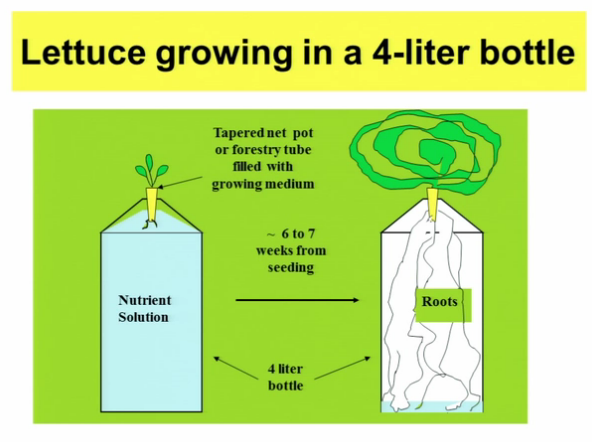 By now you’ve probably heard of aquaponics and hydroponics–growing plants in water instead of soil. This week we have an interesting post from a guest blogger who explores aeroponics (growing plants in air and water). Our guest Linda Bailey is from housekeeping.org. She is a Texas-based writer who loves to write about housekeeping, green living, home décor, and more. She welcomes your comments at b.lindahousekeeping @ gmail.com. Take it away Linda…

Aeroponics for the Home

Do you want a garden without the hassle of tilling, weeding and watering? Then why not try out a non-circulating hydroponics system? This system not only allows you to grow fruits, vegetables and flowers in a soil-free environment but also conserves water with an efficient system that is very low maintenance. Pests are significantly reduced and you get bigger, better, healthier crops than you would in soil. What’s not to love?

I first learned about this innovative system from a video where Professor Kratky of the University of Hawaii illustrates the low-cost innovations uncovered by his students’ and local farmers’ experiments in non-circulating hydroponics systems. 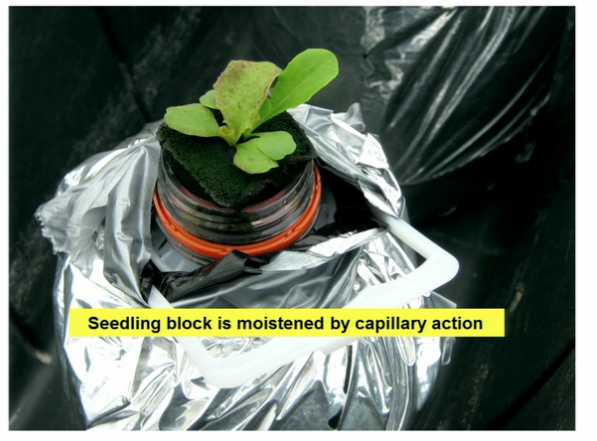 The idea started out small. The students set up an experiment where they filled a large Gatorade bottle with a growing solution. They use a pot with holes to start a lettuce seedling, which would allow for capillary action. They inserted the seedling into the mouth of bottle and left  it alone to grow into a large head of lettuce. As the water level droped the roots grew, creating an air pocket that prevents root rot and allows for air exchange. The roots continued to grow down as the water level dropped until the plant was fully formed. 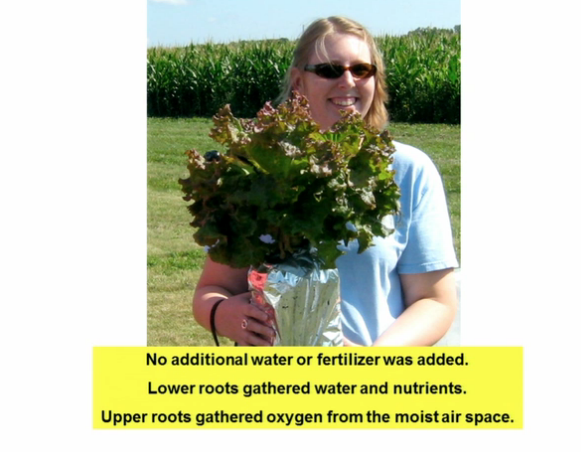 Since the experiment worked so well with one plant they thought, “why couldn’t it work for a group of plants?” They experimented on a larger scale, with plants suspended above a growing table that was filled with the growing solution. Similar positive results occurred. 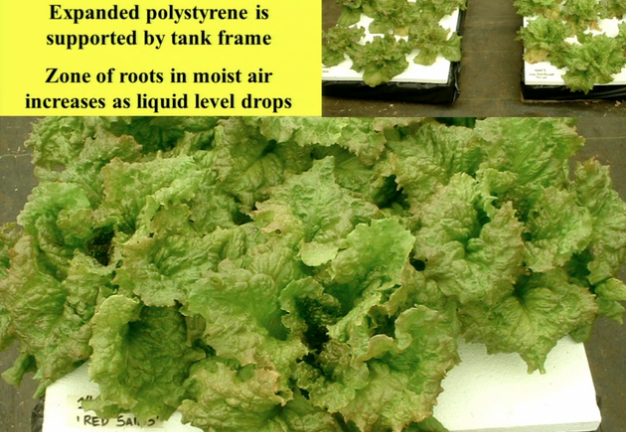 For plants such as watercress, which need to be continually submerged, or for longer-lived vegetables like cucumbers that will outgrow the water level, there are variations on this system. For watercress, a floating platform was created so that the plants remained in constant contact with the water. For cucumbers they added more nutrient solution based on level readings so a constant level was maintained.

Editors note: Kratsy’s video gives more details on the nutrient solution formula. This experiment was carried out using a synthetic fertilizer nutrient solution. We’d encourage all you Gardenerds to try organic options and report your findings below. 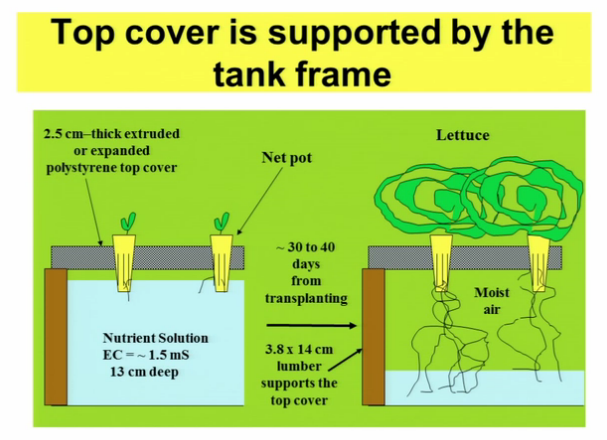 Kratsy’s system boasts of using only 1 gallon of water per head of lettuce during its entire growing cycle. That’s pretty efficient! Aeroponics does use a lot of plastic though, so there is a trade off. One important note with this system: water should not be added to the nutrient solution without proper caution to avoid drowning the plant. Plants should be protected from rain at all times.

This method is very efficient, low maintenance and affordable. You basically plant it and forget it until harvest time. Almost anyone can set up the basic system to successfully grow aeroponic plants. Give it a try and let us know how it goes.