Moving right along in our series on raised beds, we have now come to the part where sweat and elbow grease come in handy.

After a trip to the hardware store to pick up a non-rusted blade for our dusty Skilsaw (keeping in mind that Trex Decking can dull blades faster than wood), a box of 3 inch galvanized deck screws, a roll of 4 foot x 25 foot galvanized poultry fencing, tin snips, and two carloads of Trex Decking (19 12 foot boards were needed for our job), we were ready to build our raised beds.

On Day 1 – we opted to cut and assemble the beds before clearing the space of the old raised beds.  We had been advised to pre-drill the holes for the deck screws because Trex and other composite lumbers can split if drilled near the end of the board.  We started with the easier rectangular beds before tackling the more complicated center beds of our design.  2 1/2 beds were built in about 3 hours before we had to stop for the day.  Below you can see half a bed (because the complete beds are double stacked in the end) next to the stack of Trex. 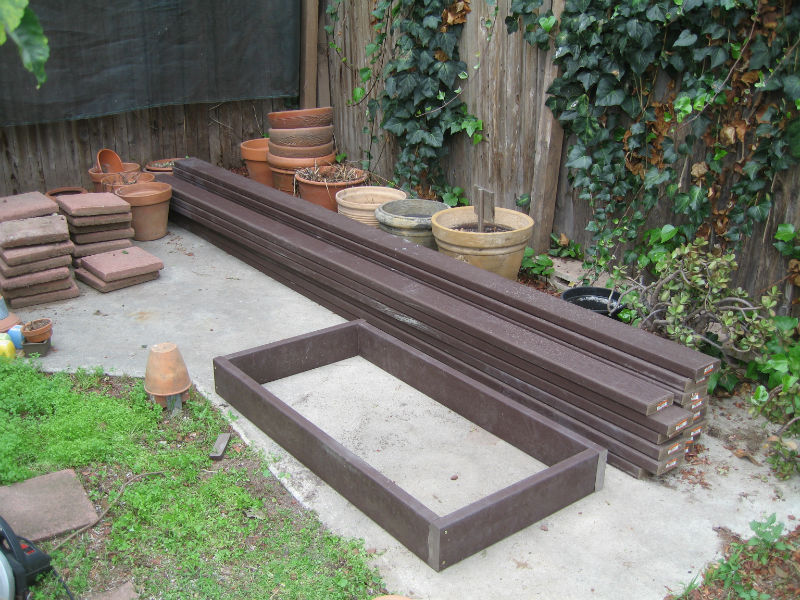 Day 2 began with the realization that we wouldn’t be able to complete this project in one weekend without help.  So we decided to hire out for the job.  We made a return trip to Home Depot to buy 20 – 1/2″ diameter, 1 1/2 foot pipes (for securing the long sides of the beds together and into the ground to prevent warping); 20 pipe straps; 19 mending plates (see below); another box of deck screws; a box of 1″ screws for the pipe straps; and a couple of handy men to help out.

While we were busy measuring and cutting and assembling the remaining beds, we had the handy fellas break down the old beds and level the surface as best as possible.  They shoveled soil on to plastic sheeting in the pathways.  That took 2 guys about an hour.  So we started involving them in the assembly of the other beds.  They attached chicken wire on the bottom of the beds with a staple gun and hammered the mending plates on either side of the short ends of the beds. 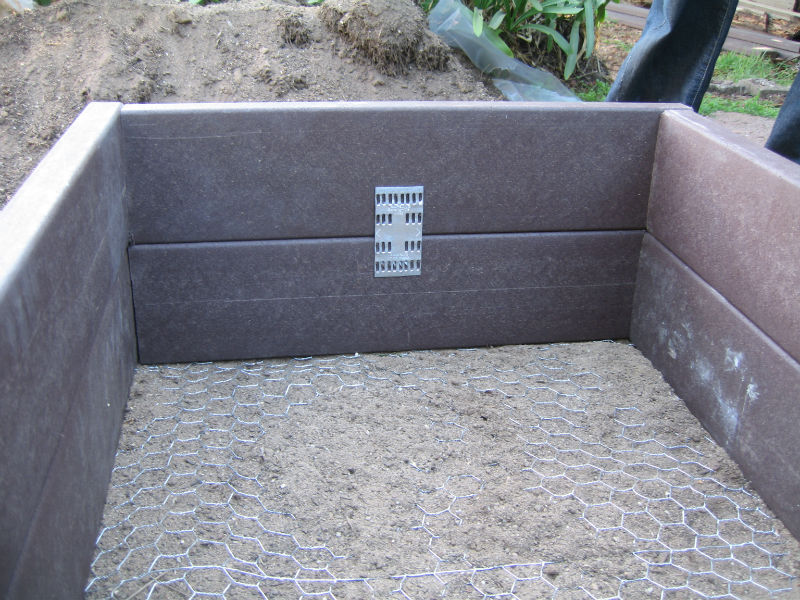 You can see a close up of the mending plate in the picture below.  It has tines that drive into the wood and is specially designed to hold two pieces of wood together.  Just hammer it into place and it holds really well. 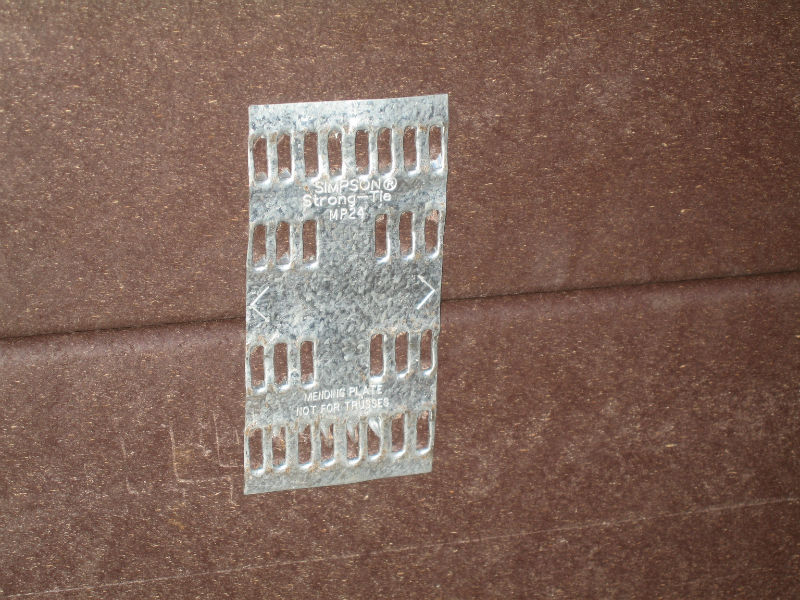 Next, we needed to place the beds in their new home.  We drove 4 pipes into the ground at each corner of the garden and wrapped the perimeter with string.  We pulled the rectangular beds into the outer corners and made room for the center arrangement.  When all was said and done, it actually looked like the drawing and I breathed a huge sigh of relief that I hadn’t miscalculated my measurements.

At the end of the second day, we weren’t quite done assembling everything, but we might have been if we had started first thing in the morning. I think we didn’t get going until 11:00 on both Saturday and Sunday.  This is where we were at the end of Day 2. 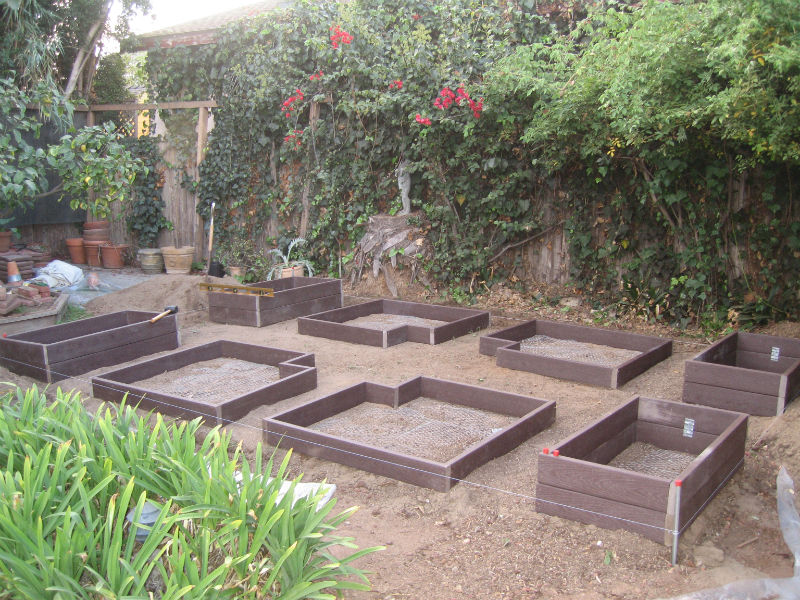 Even with it incomplete, as I stood in the middle of my creation, I felt an overwhelming feeling of being home.  I couldn’t keep the smile off my face as the thought crept into my consciousness, “This is my dream garden.”

Yes, Virginia, There is a Winter Garden