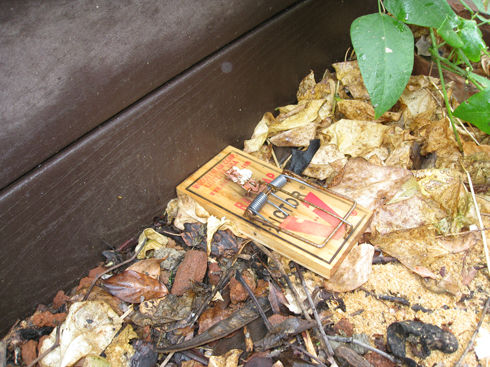 It started as an agreement for peaceful co-habitation.  Then it ate half of my Christmas Lima Beans right through the young green pods.  Then it pulled out all of my pea sprouts, nibbled on the ends, and left them for dead.

That’s when we declared war on the rat. 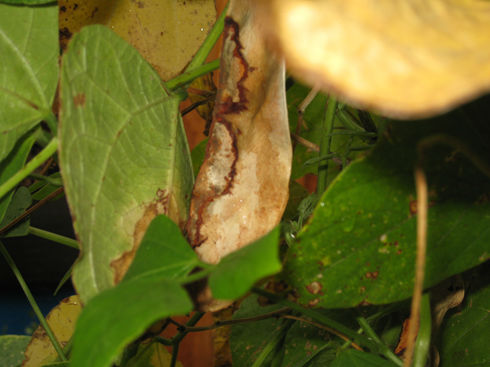 Note the dark lines outlining the eaten area. Now dry, this bean pod was eaten through while green,
leaving the pod empty and the beans devoured.

Prior to this year, our garden was relatively rodent-free, but when our next-door neighbor tore down their house to build a new one, suddenly we became the top vacation spot for furry things with skinny tails.  At first we saw one running across the top of the fence, to and from the compost bin.  Fine, I thought.  Aerate my compost bin for me. It can’t hurt.

Bit by bit, or shall I say bite by bite, we realized that it was doing more than rummaging through the compost bin.  Nibbles out of lettuces, tomatoes eaten straight off the vine before I could pick them, and sad-looking sweet peas with crew cuts lead us to believe that drastic measures were needed.

So much for peaceful co-habitation.  My husband and I made an agreement – if I buy the traps, he’ll set them and take care of any subsequent results.  Perfect!

Traps: I ordered 6 traps from Amazon.com for starters.  Research recommends setting 10-15 traps in various places, but I didn’t want to go overboard.

Bait: Husband (A.K.A. Andrew the Exterminator ) brought out the big guns – stinky cheese.  We have a ton of it, much of it too far gone for human consumption, but perfect for bait. 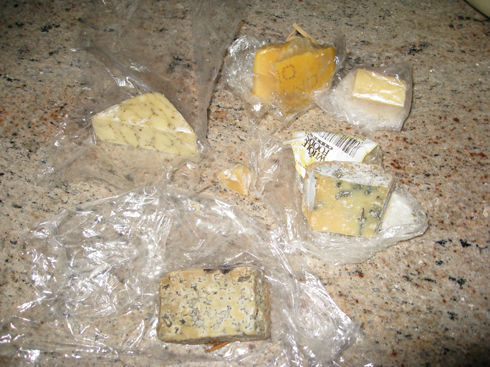 Action: He set the traps and placed them along borders and walls, perpendicular to the wall, as instructed.

Results: For a couple of nights, the traps would be tripped, cheese taken, but no catch.  In fact, one day a trap disappeared altogether. We believe that there’s an opossum running around out there with a trap-train behind his tail.  We tried almond butter as bait at one point, but it went unnoticed.

I won’t go in to the details, but since setting up the traps we have successfully “disposed of ” 3 rats, and more importantly, the garden is safe from damage.  We refresh the bait every few days if the traps haven’t been tripped.

I have mixed feelings about killing rats.  As a vegetarian I have a hard time killing anything, but there is part of me that understands that measures need to be taken when the garden is out of balance.  Sure, we could have gotten a few cats, or tried less “final” solutions, and if I didn’t have Andrew the Exterminator, I certainly would have gone in that direction.  That said, it’s nice to know the garden is protected from further harm.

If you don’t feel like trying this severe approach, you can use other methods listed here:

Rats in the Garden

Have you had success with vermin control in your garden?  Share your methods here.