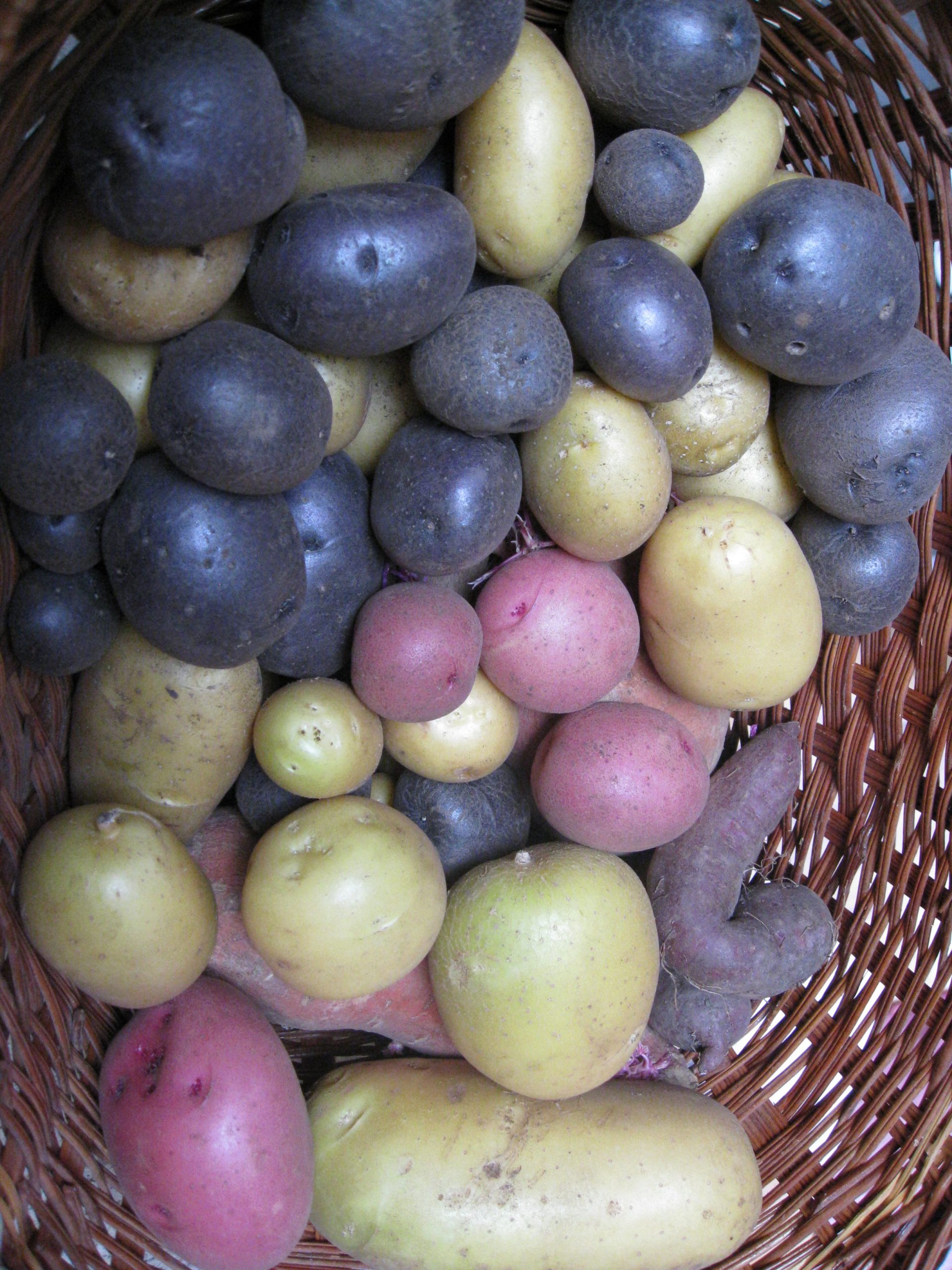 All-blue, russet and red potatoes are jewels from the garden.

Everyone, I mean everyone told me, “You must see The Martian. He grows potatoes on Mars.” So I went. It was well done, except for a couple things: 1) No one could possibly stay that positive in those circumstances, and 2) His potato-growing experiment most assuredly would have failed.

Walking out of the theater, my husband asked how accurate the potato farming was. After counting on my fingers the errors made, his first words were, “They should’ve asked you.” Let’s review the mistakes (spoilers may follow):

First, store-bought potatoes. The Martian pulls potatoes out of the Thanksgiving stash. These potatoes were most likely purchased from a grocery store where they were most likely (more like most definitely for space travel) sprayed with a chemical to retard sprouting. A lot of people grow store-bought potatoes, but those potatoes tend to carry diseases which reduce or eliminate chances of a second crop grown from the harvest. Purchasing certified disease-free seed potatoes is the best choice. But in a pinch it does work, eventually, if they’re sprouted first… 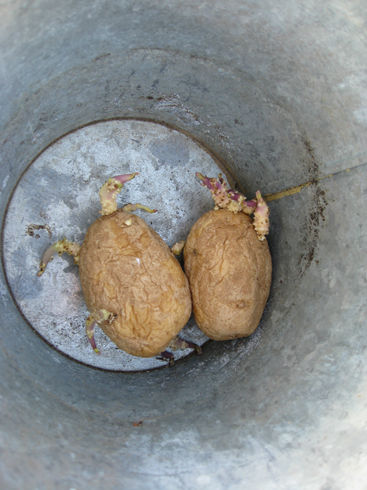 Second, he didn’t sprout them. At least we as viewers didn’t see him sprout them. Maybe the filmmaker had to cut that part for time (the movie was over 2 hours, after all). Sprouting (or chitting) hastens growth. Sure, unsprouted potatoes can be planted, but their chances of rotting are higher…especially if you cut them up first.

Third, he cut unsprouted potatoes and didn’t cure them before planting. Curing heals over the cuts to protect potatoes from rotting in the ground. But that’s okay, let’s say our Martian is a lucky dog and gets away with this. The folks at Wood Prairie Farm don’t cure their seed potatoes before planting (but let’s remember they use certified disease-free potatoes that have sprouted first). Just be sure you don’t plant them with manure…

Fourth, our Martian utilizes the human waste on board as fertilizer to grow his potatoes, without composting it first. Perhaps we as an audience don’t have all the information. Perhaps there is some kind of enzyme present in those little baggies that starts the decomposition process on space poop, so by the time our guy cuts open the bags to use it (though his reaction to the smell would indicate otherwise), the product is decomposed and ready for use. Naaaaaaw. 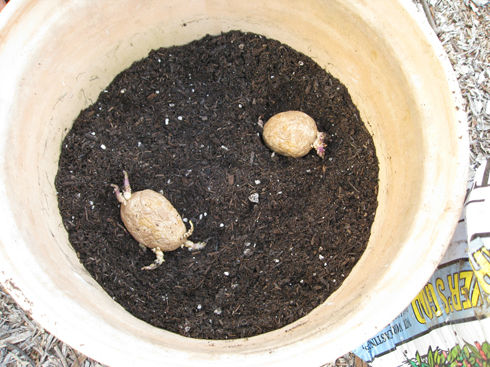 Every website on the internet (a handy research tool for films, I might add) about growing potatoes mentions the fact that amending your garden soil with manure can cause potato scab or rot. Granted, Martian soil is reportedly devoid of pathogens so our hero would most likely have evaded that catastrophe. But cut, uncured, unsprouted potatoes wrapped in a luscious casing of uncomposted humanure? COME ON! What we have here is a formula for an entire crop of putrescence.

Fifth, skipping over the fact that he’s growing potatoes in about 4″ of dead soil (which is the minimum planting depth for potatoes, leaving them nowhere to grow deeper without “hilling up” more soil around the plants), our hero finally harvests his first potatoes, indicating that he’s going to replant some of the plants themselves. Not gonna happen. Potatoes are grown from tubers, not plants. Yes, you can replant the tubers you harvest, but not the plants. If our Martian had gone for a second crop that way, we would have heard a resounding cacophony of face-palms from gardenerds ’round the world.

Don’t get me wrong, we’re pulling for our hero. We want him to survive, and the film takes us on a wild ride that is rather satisfying in the end. But if you’re a new gardener striving to live off (or even enjoy) what you grow, you need to know what and what not to do. Hopefully this little review will help you grow potatoes this fall with more than imaginary success. Amend your soil with compost, sprout your potatoes, cure them if you cut them, and get home safely.