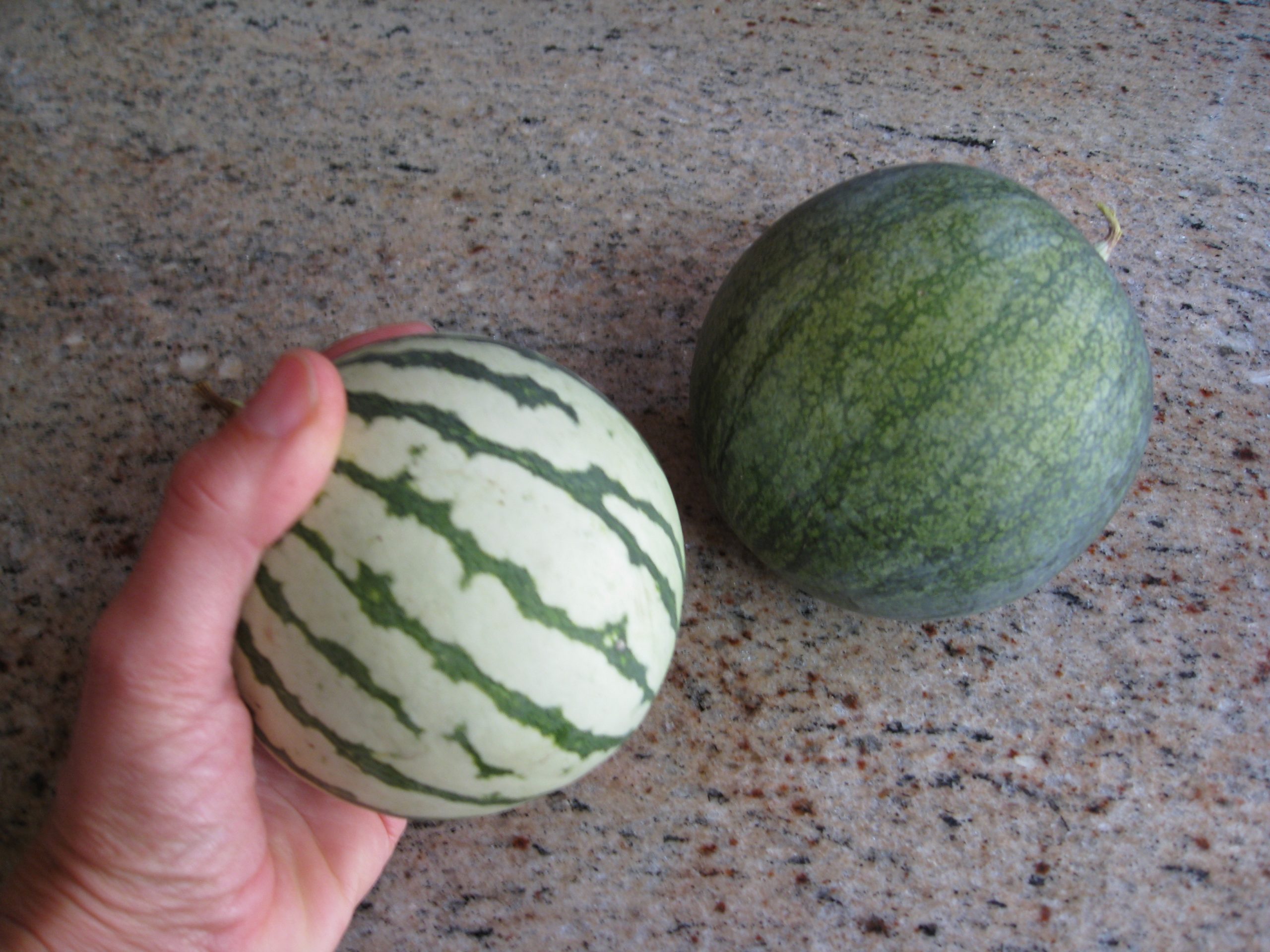 It’s harvest time, and while most of the harvest is abundant (corn, peppers, beans, eggplant), there were some smaller harvests–including the world’s smallest watermelon. Let’s not call it “disappointing” but rather a celebration of underwhelm.

We planted baby watermelons (okay, so there’s a genetic head start on “small” right there) late in the season, following a garlic harvest as we often do, in late June or July. Plants took off and did very well setting fruit, but at some point they just stopped growing. Chalk it up to laziness (A.K.A. lack of mid-season fertilization) or not enough water, but these babies didn’t thrive. The result:

The good news is that it may have been small, but it was still tasty. Just like a watermelon should be, it was refreshing and sweet. The interior showed signs of stress, with a vein of white flesh running through.

The other watermelons were also small, but not as small as the first pick. We planted a mix of yellow- and red-fleshed varieties and we harvested two of each kind. Here’s what’s left.

So next year? We’ll water more deeply and remember to add compost and fertilizer mid-way though the season. Our soil is very sandy so it requires extra feeding, even though the entire bed is mixed with biodynamic compost already.

This is all part of the great experiment of gardening. Trying new varieties can mean small failures like this one. The excitement comes from learning what to do differently next time. One more note for the garden journal.

Hey Gardenerds – got any big (or small) failures out there? Share them here. You’ll be in good company.

What to do with Overgrown Green Beans