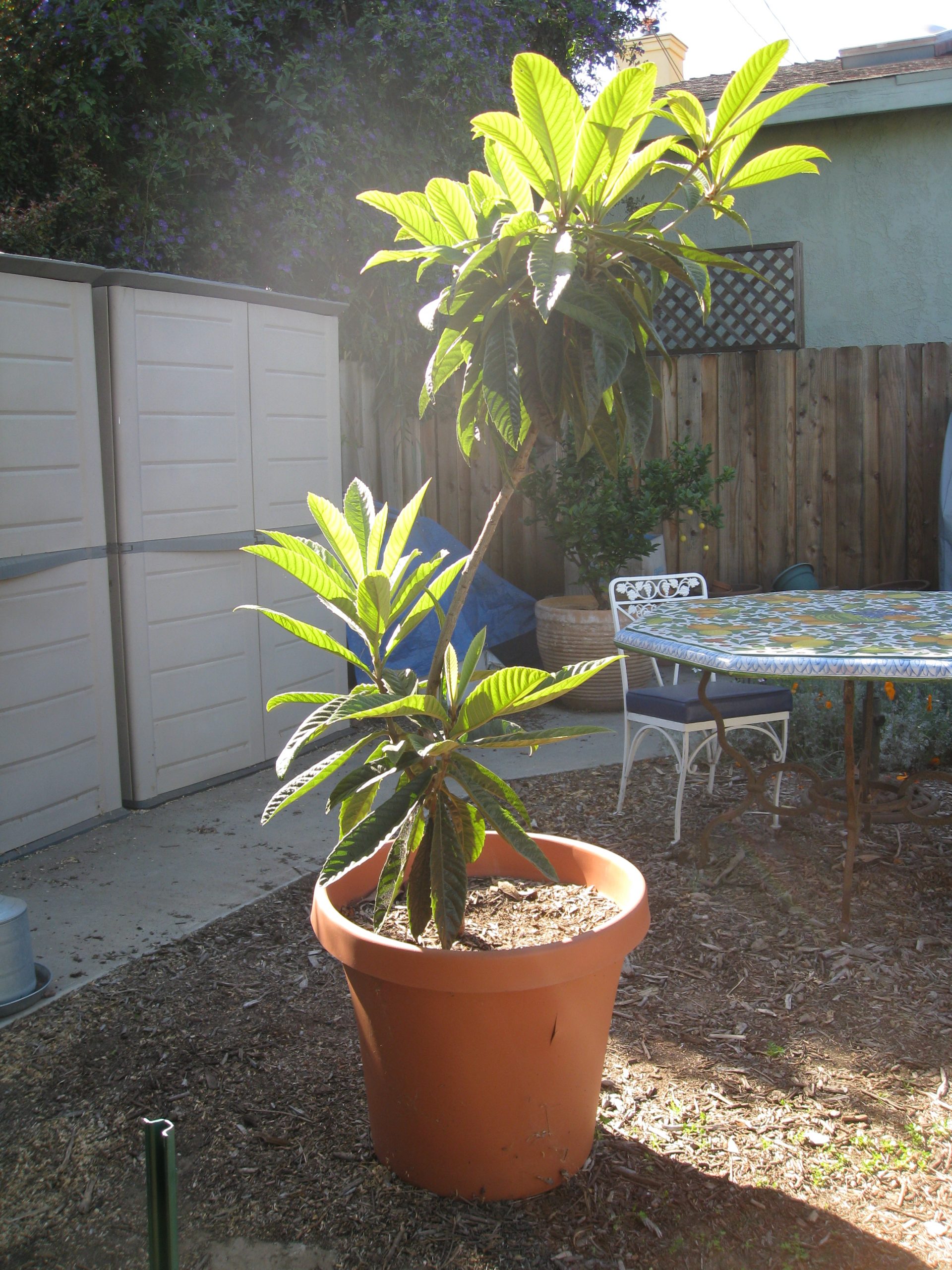 A transplant from a relative's yard.

Loquat. That word raises the brow of many non-gardeners everywhere, and even some gardeners. Aside from sounding like a short kumquat, loquats are unusual fruits because you don’t often them at farmers’ markets, and never see them in grocery stores. Why? They don’t travel well. At all.

The photo above shows loquats that traveled to a produce exchange in a box and home from that exchange on a bicycle. The total distance was under 5 miles. Imagine what 1,500 miles would do to these delicate sweet fruits? This is why we have a loquat tree in the yard.

If you live in Southern California, you’ve probably seen them everywhere. They’ve been planted as street trees in some old neighborhoods, some as tall as 30 feet. And right now (late April, early May) they are hanging with yellow-orange fruits.

Loquats are native to China and have been grown there for at least 1,000 years. According to UC Davis, they grow in climates where citrus trees thrive and will do well in just about any soil, “except those that are alkaline.”

The fruit is sweet, like a cross between a strawberry and a peach. Some say it has a mango flavor, but since I don’t like mangoes, I’m not going to say that. Let’s just say they’re delicious and worth allotting space for them in your yard.

Loquats peel easily by hand when ripe. In just a few strokes you can be eating this tropical delight. Just be ready for the seeds.

The fruits are typically 1-2 inches in diameter. The seeds are large and sit in clusters of 3 or more in the center of the fruit. We put those in the compost bin. Someday we may have hundreds of loquats volunteering everywhere. We’ll see.

If you live where citrus can grow, try planting a loquat. Give it plenty of room and someday you’ll have access to some of the best-tasting fruit you’ve ever had.  Need some guidance on growing loquats? Here’s a helpful resource.

The Gardens of Ireland – Part 2 – Powerscourt