Our trip to Ireland during its “dry” season promised to be one filled with green, green, green.  I photographed many gardens, but I’ll start with something cute, since this is most likely the kind of garden I would have expected to see in Ireland.

The small town of Adair provided the perfect backdrop for thatched-roof houses with cozy cottage gardens all in a row.  It seems that the people of this little town made the best of the short summer by going gang-busters on flowers and vegetables, with copious amounts of hanging plants (usually impatiens) to liven up their already cute-as-a-button homes.  The picture below speaks for itself. 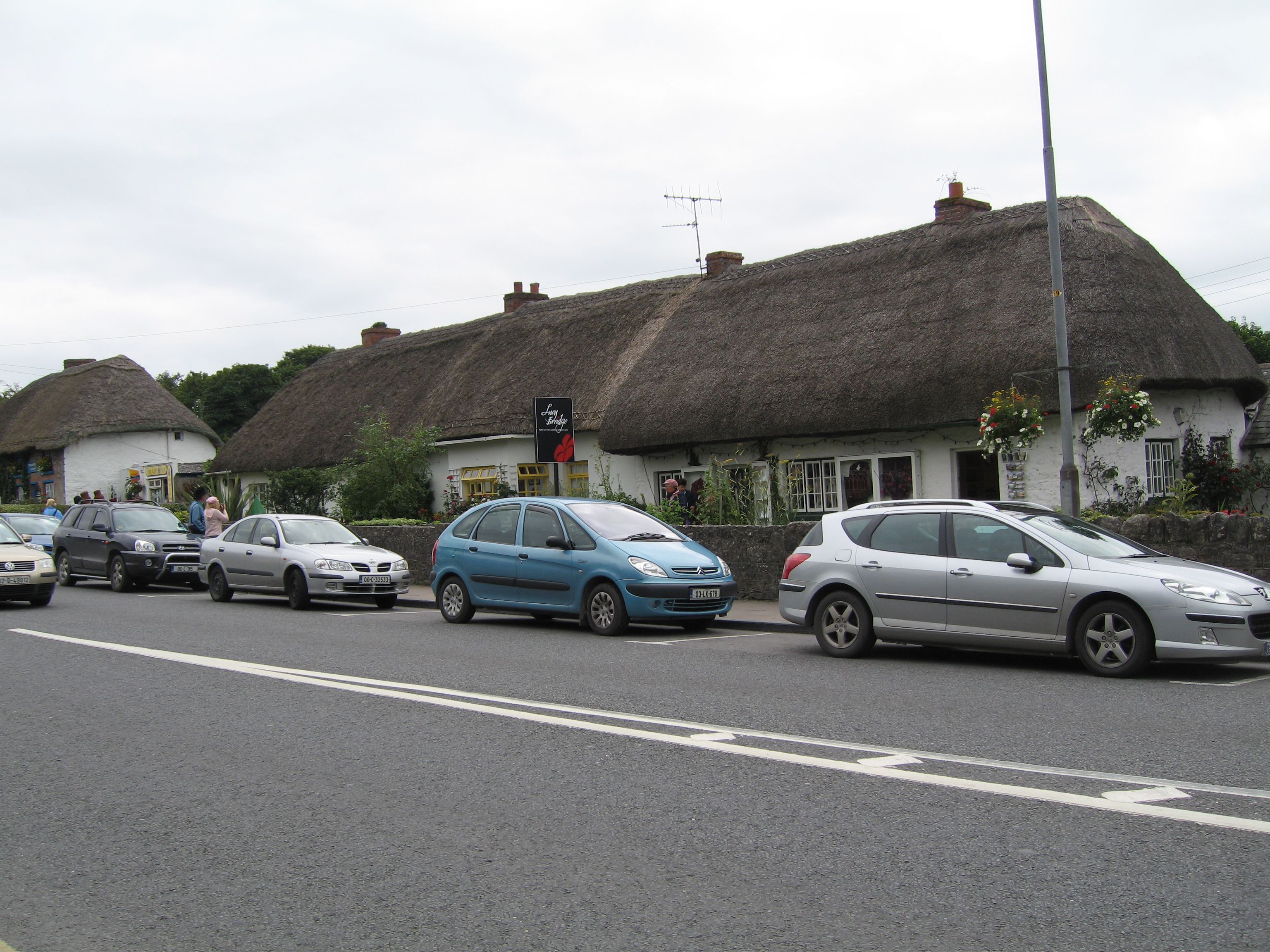 As you can see, people in Adair like to intermingle their flowers and “veg” as they are called in Ireland.  See how squash grows right next to bachelor buttons in this little garden below. 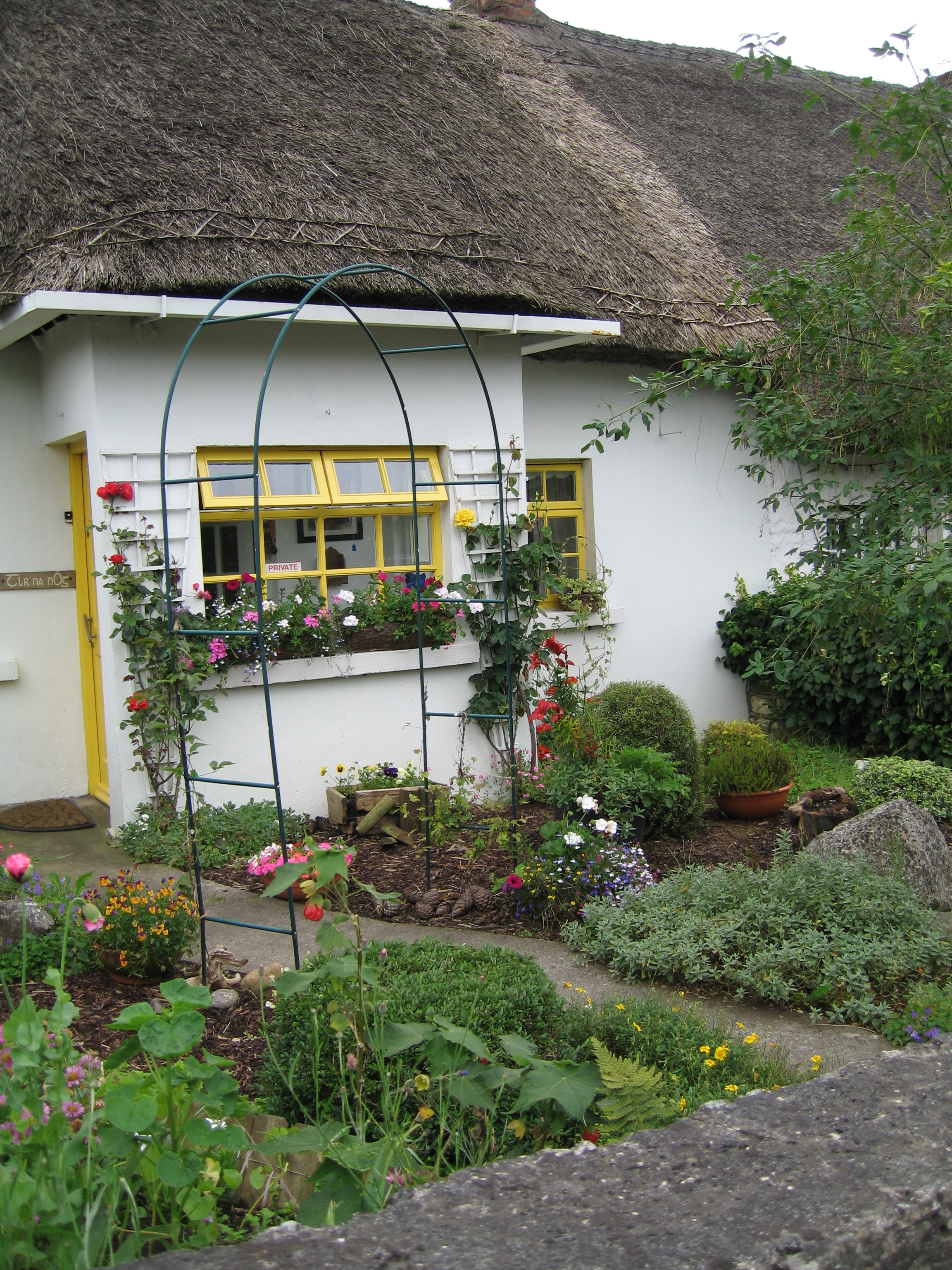 I love how the climbing roses and charming window boxes heighten the perky yellow window frames.  My husband started singing music from Beauty and the Beast when he saw this.  It was so quaint, I wanted to squeeze someone.

It was amazing to see how many things grow here the I didn’t think would thrive in this wet climate.  Like lavender, for example.  I’ve killed so many lavender in my life from over watering that I finally had to bury one behind another large plant and ignore it in order for it to thrive.  Here lavender was everywhere and didn’t seem to be bothered by daily rain one bit. 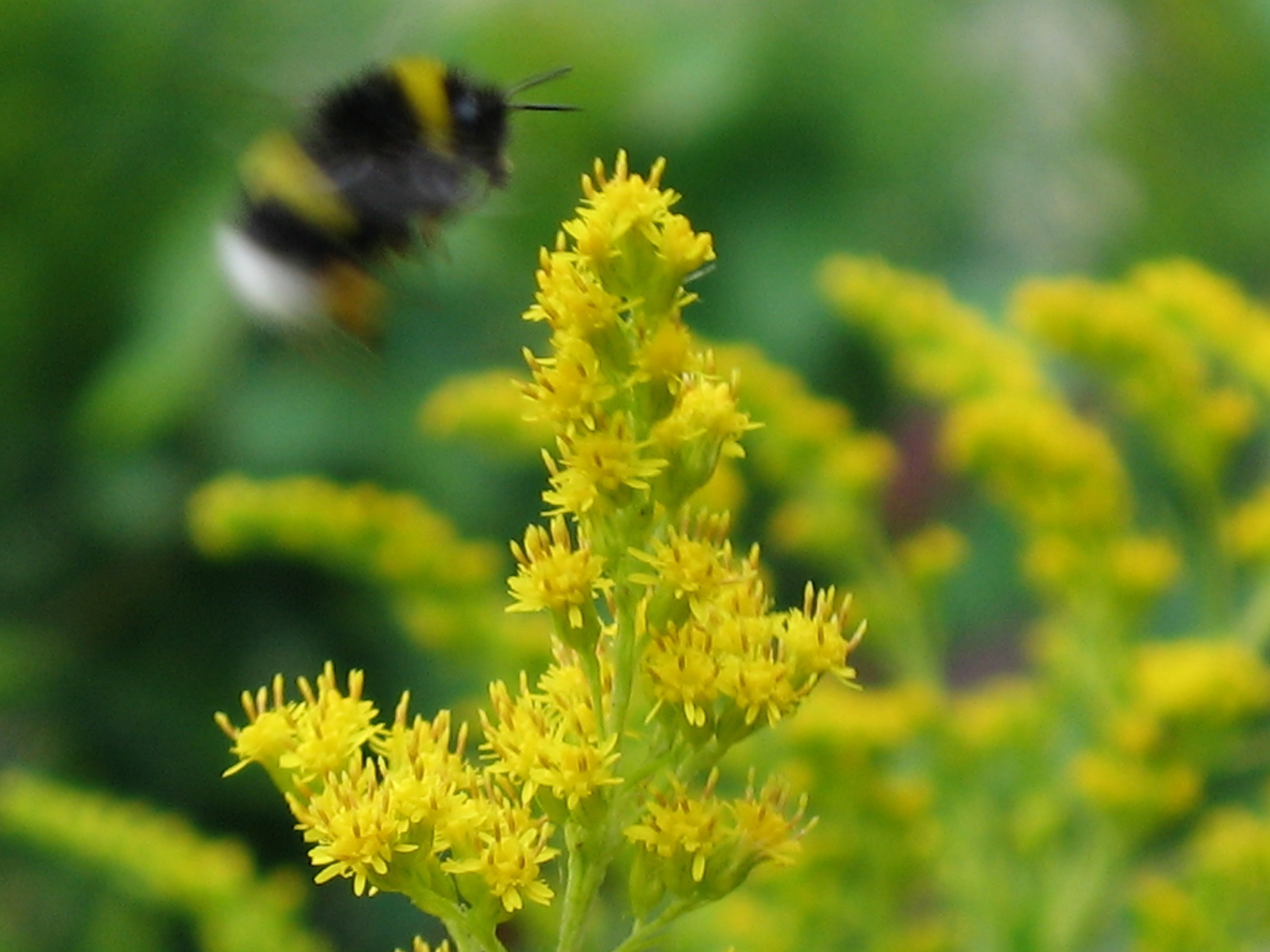 An artistic shot in front of the house in the previous picture.  There were bumble bees flying all around and this juicy little guy was hovering right in front of me.  I couldn’t resist.

We wandered down the road to a nearby church and noticed this lovely garden poking out from behind the chapel.  A ring of hearty strawberry plants surrounds sunflowers that are just about to send forth flowers.  Each sunflower is staked and the strawberries are mulched with straw and covered with nets to prevent predators from carrying off their precious fruit.  Clearly this garden was well tended. 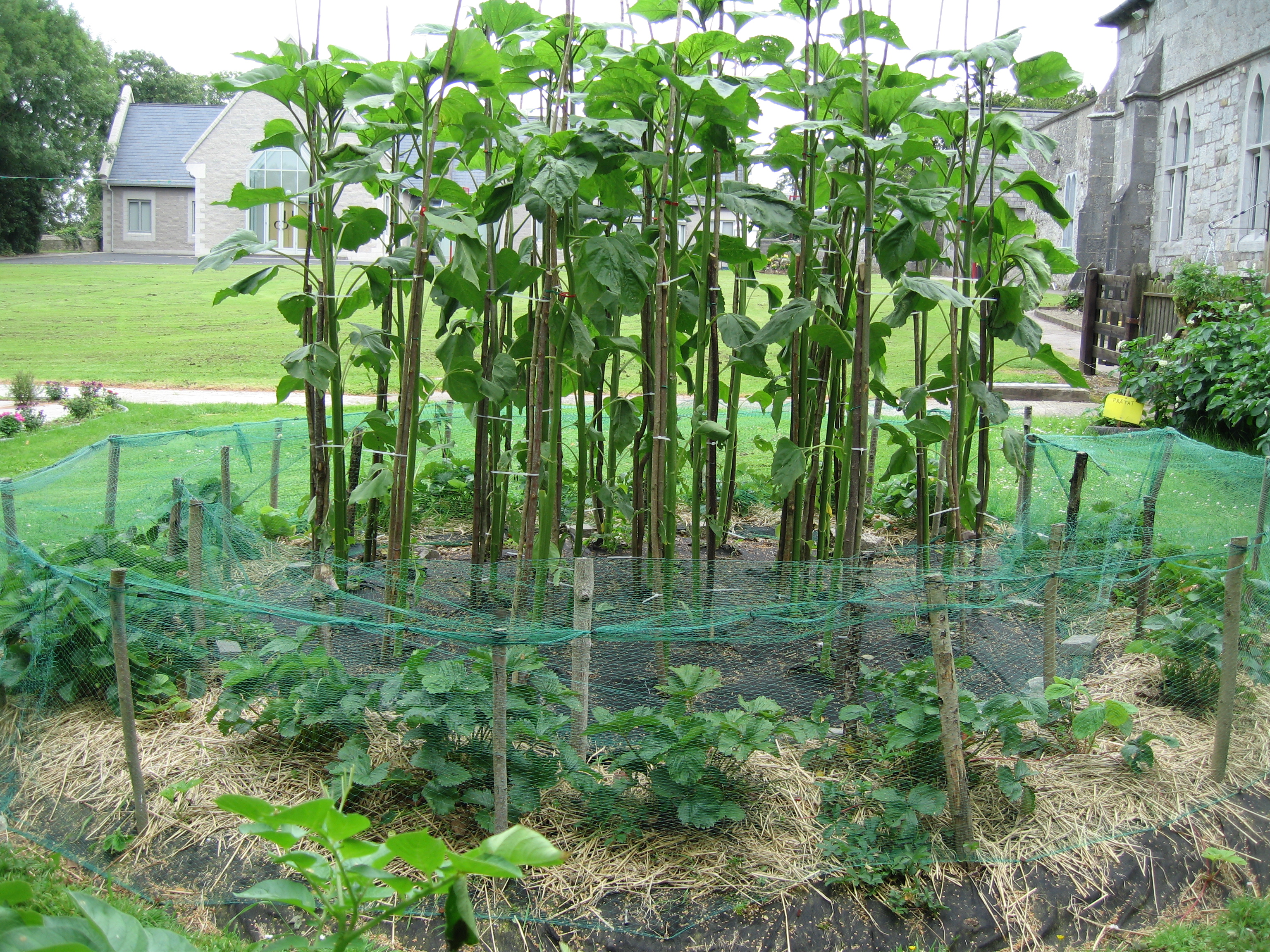 It became clear that there must be children involved in this garden when we saw the pair of scarecrows assembled in the next vegetable patch. 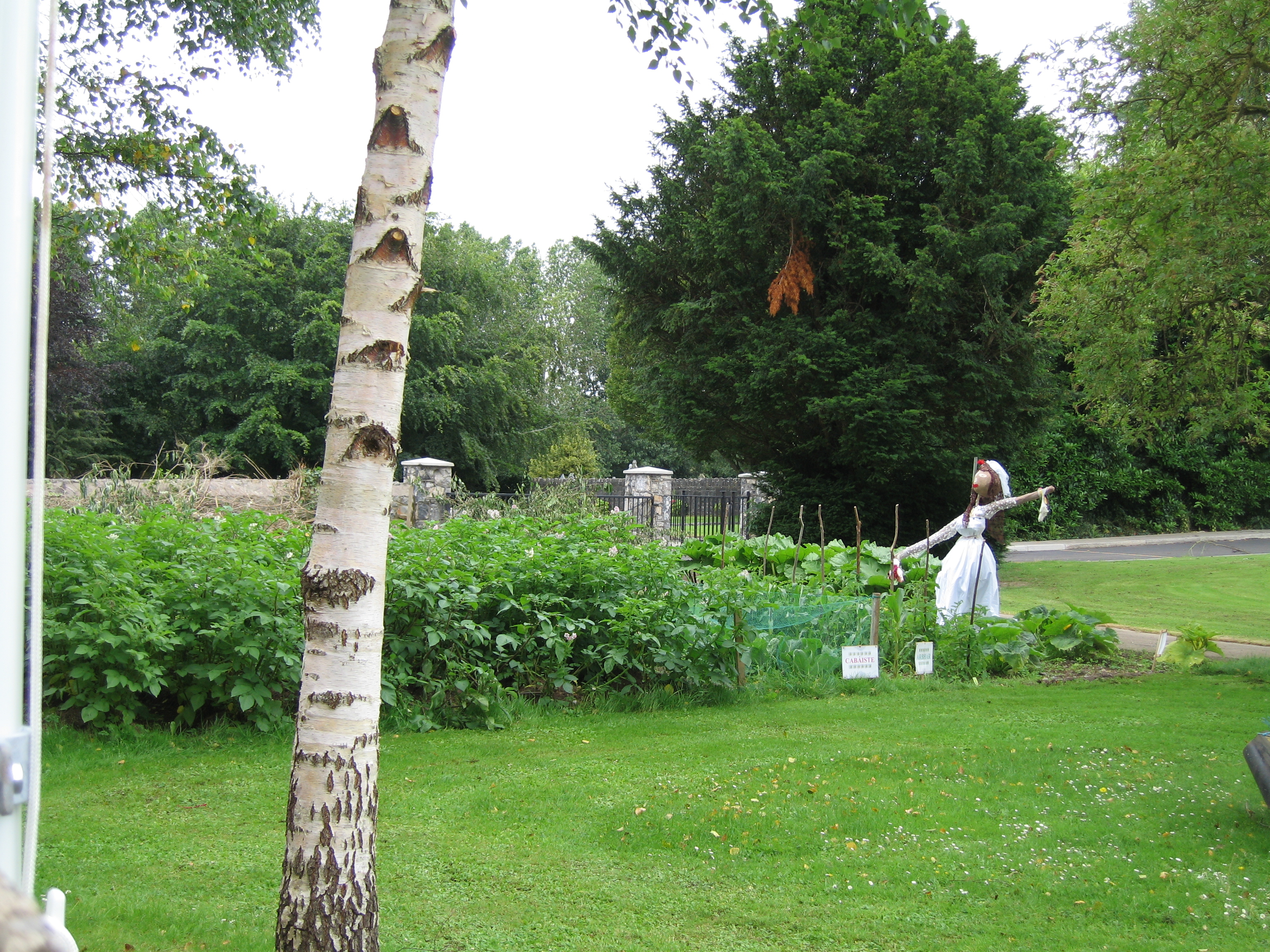 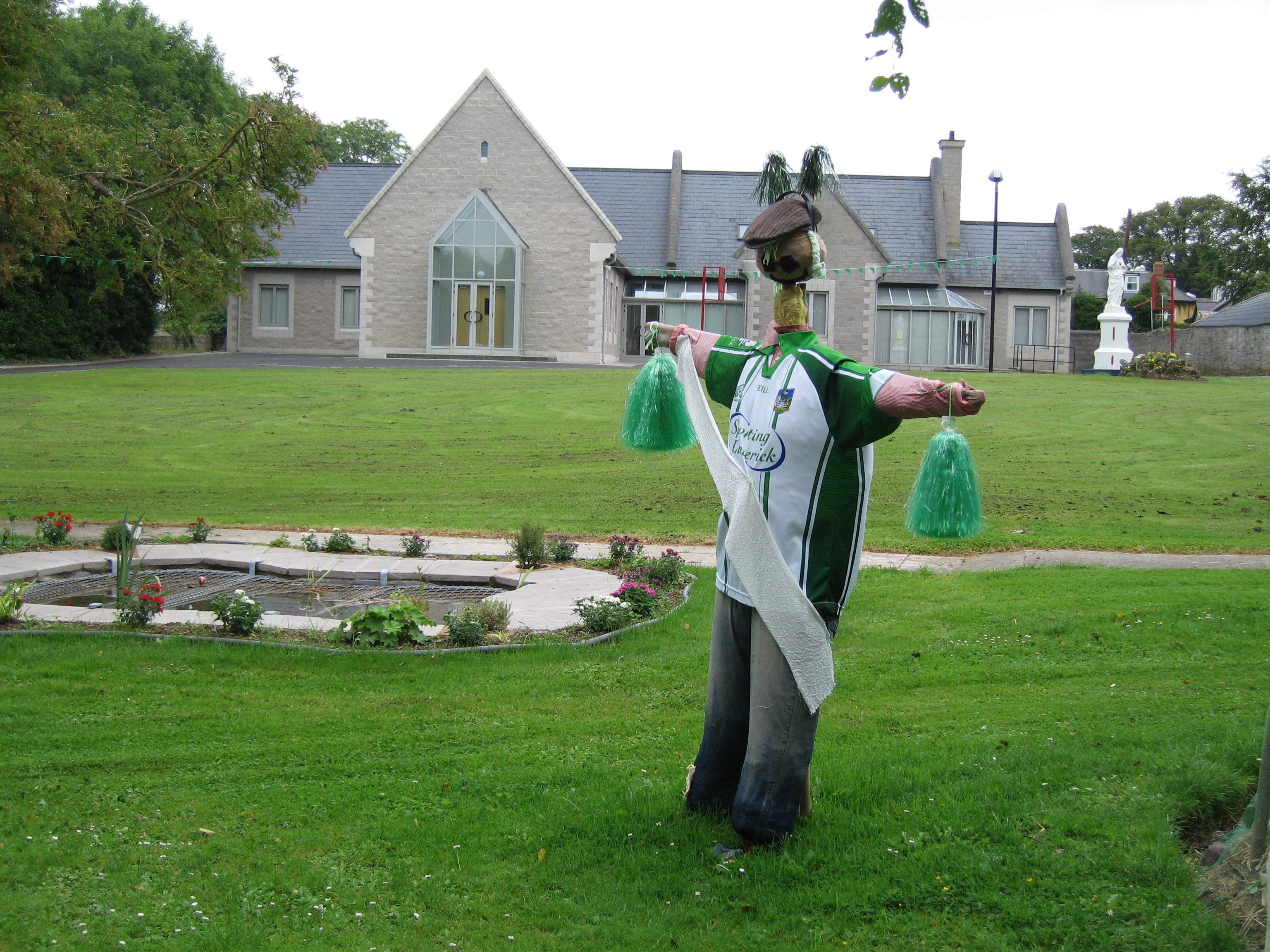 That’s a rugby player and a bride watching over the rows of produce.  Artichokes, potatoes, lettuces and leeks were all part of this sweet garden.  The grounds keeper was hard at work while we were snapping pictures, but we didn’t bother him.  We noticed that he had pulled out the plant markers and set them on the stone fence while he mowed the lawn, so we captured those on camera. 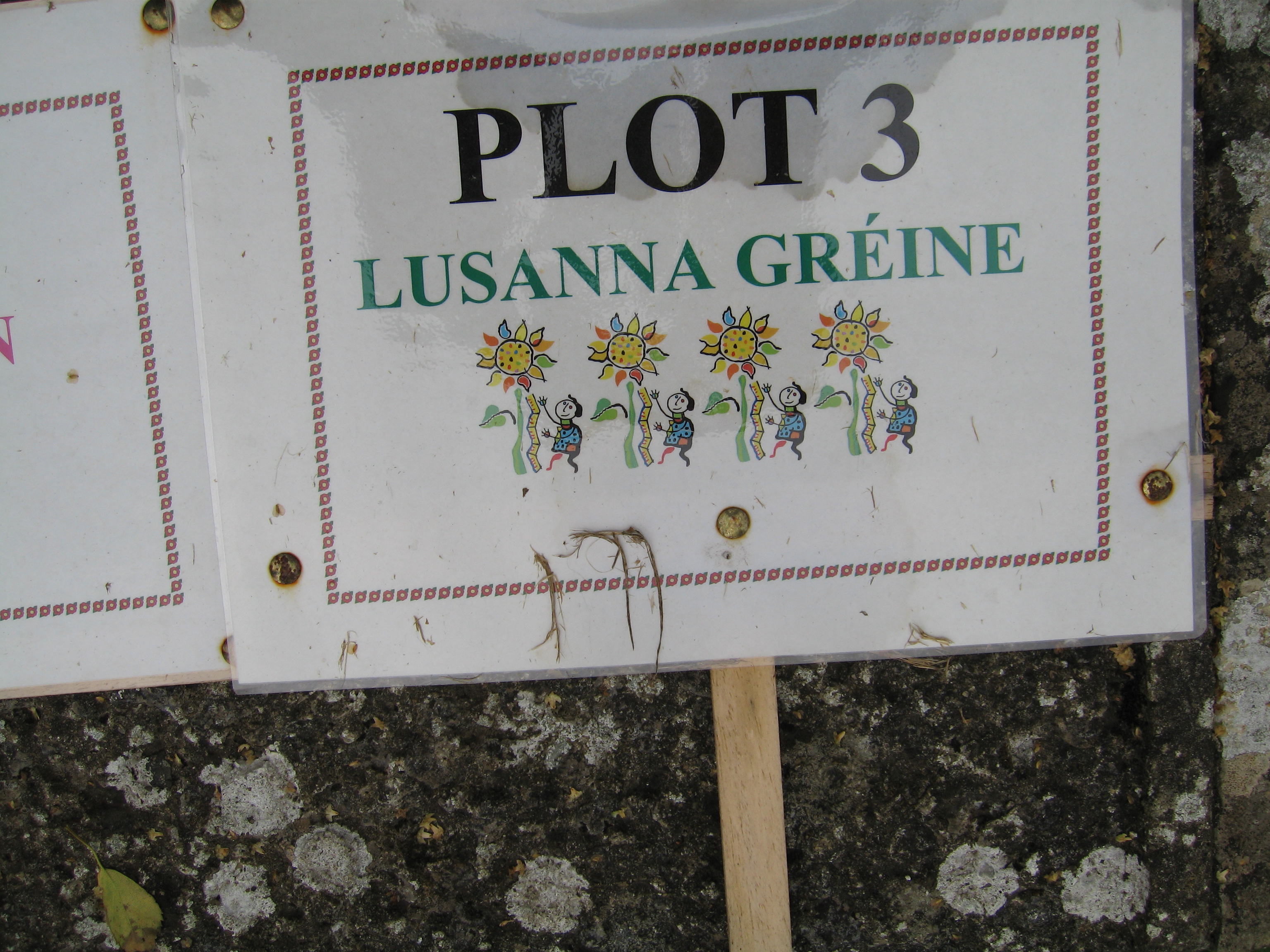 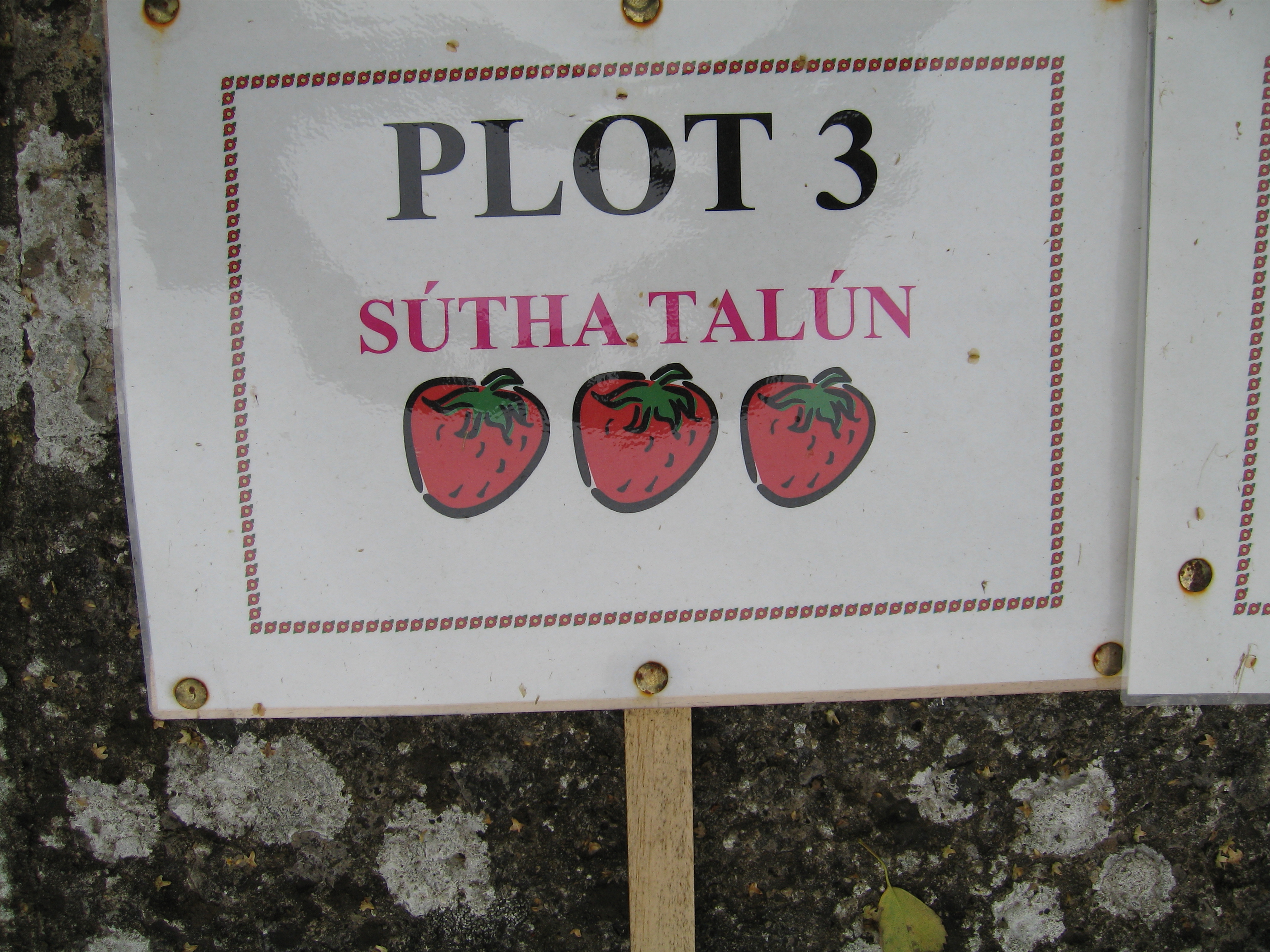 We weren’t sure whether the words under Plot 3 were someone’s name or who knows what.  We asked our tour guide later on and she, being fluent in the traditional Irish language, let us know that they meant what the picture says: Sunflowers and Strawberries.  We learn something new everyday.

I wished that we had more time to spend exploring Adair, but our bus was leaving for our next stop.  There were many more gardens to see, each one different from the one before.

A Shift in Perspective: Pachamama Alliance

After Vacation Harvesting 2011…and meal ideas