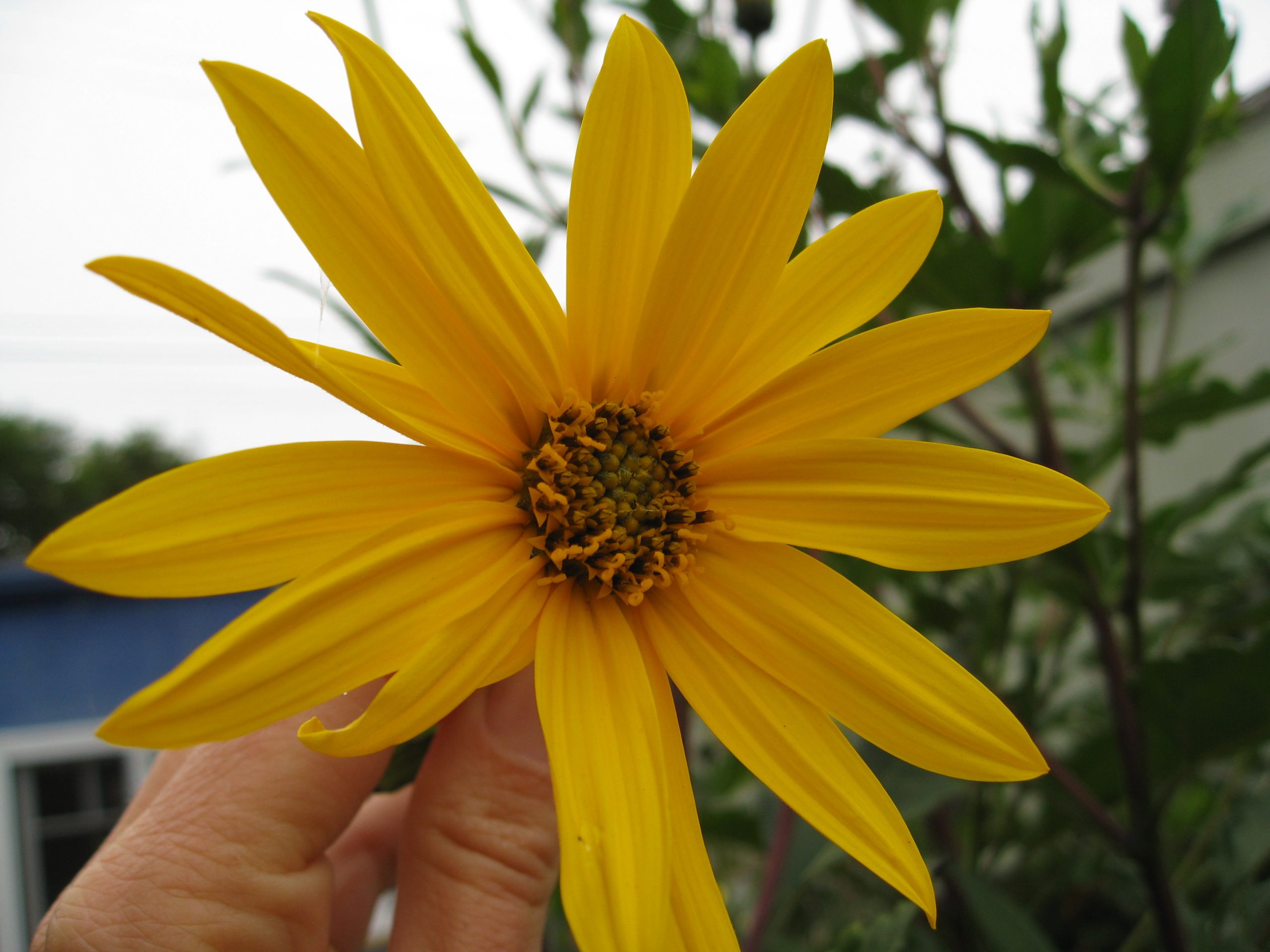 Back in December, we planted a handful of Jerusalem artichokes (a.k.a. sunchokes) that had sprouted in the refrigerator. Having never grown them before, it was an experiment (as is much of what we do here at Gardenerd). We knew them to be invasive, so we opted to plant the tubers in a dilapidated container to keep them as contained as possible but still connected to the soil. The bottom was missing on the container, so there was still a chance for tubers to spread forevermore, but we took the chance anyway.

Now, 6 months later, we have 8-foot-tall flower spikes that resemble sunflowers, and little tubers to show for it. Here’s what we did:

Several weeks after planting them in our biodegradable (and partially biodegraded) pot, sprouts appeared.

Through the winter, we watered every few days to keep the soil moist. Stalks grew to a foot, then two feet, and onward. As weather warmed up, growth accelerated. We fed them with organic vegetable fertilizer and worm castings once during the season, and here’s where we are now.

Our pot further degraded and soil has spilled out through the cracks, exposing baby tubers beneath.

We’ll add more soil to cover the exposed tubers and keep watering through the season. By mid-summer we expect to have full-sized tubers to harvest.

If it seems like there’s not much to growing these babies, it’s because it’s true – it’s simple. Plant tubers 5 inches deep, water them regularly and wait. You’ll have a crop of flowers and tubers before you know it. Pick a perennial spot because they spread and multiply, like sweet potatoes.

Stay tuned for more when we harvest these tubers. Harvesting should be easy since we planted in a container. We’ll find out how far the tubers spread, too!

UPDATE: Check out the harvest and find out how we did it.

Ask Gardenerd: Corn is Falling Over

When to Harvest Green Beans