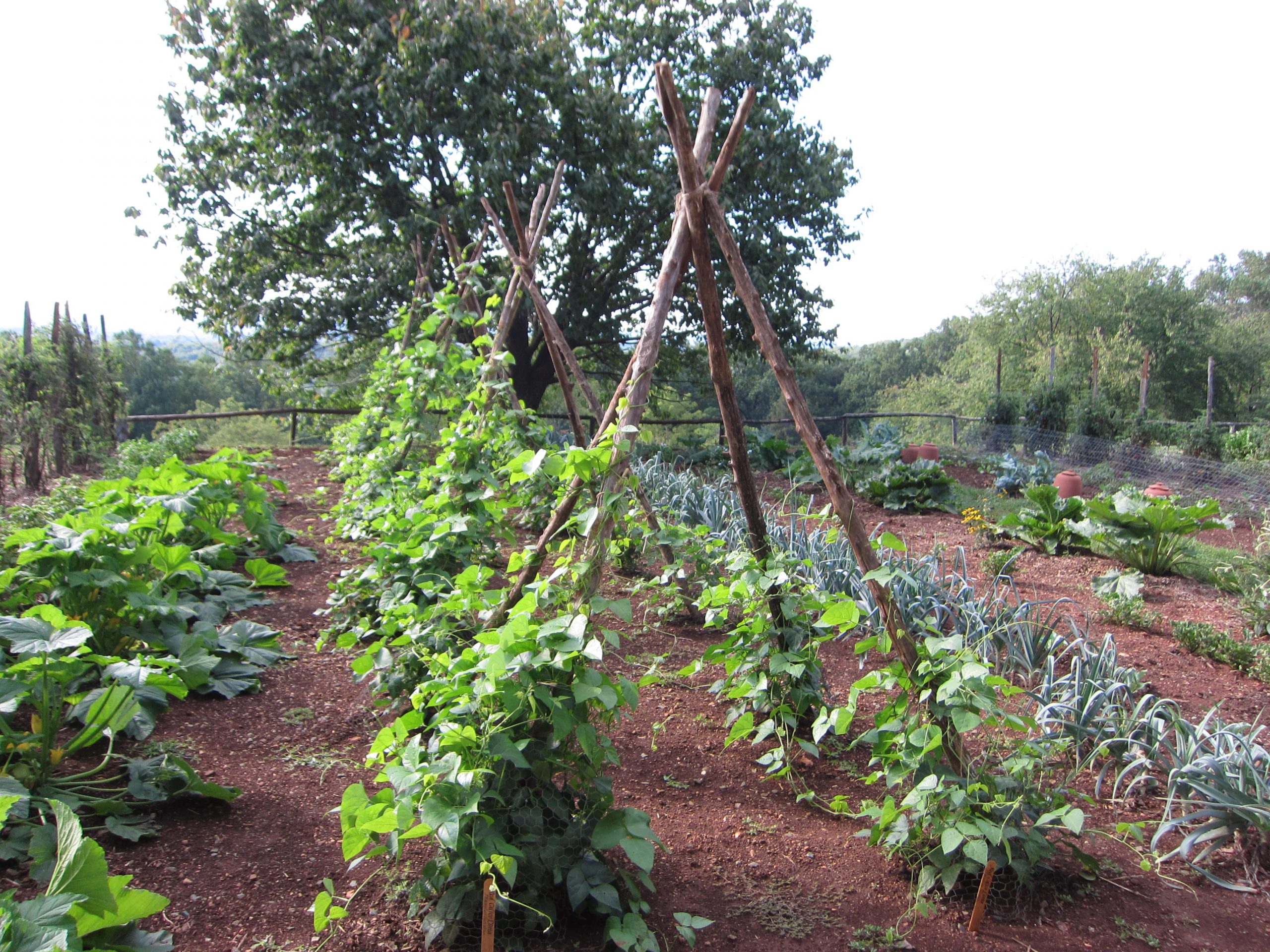 I didn’t think I had a bucket list until I realized I hadn’t yet been to Monticello. That was nearly 10 years ago. Last weekend, I ticked Monticello off the bucket list. It was worth the wait in every way imaginable.

Thomas Jefferson’s 5,000 acre estate in Charlottesville, VA was his home during the latter part of his life (from age 76-83) after being the first Secretary of State, the second Vice President, and the third President of the United States. His gardens were known for diversity, plant varieties of cultures from around the world. In person the gardens did not disappoint.  For the next 3 blog posts, I’ll be sharing the beauty, history, and awesomeness of Monticello, as well as the classes I took during my time at the Heritage Harvest Festival. Sit back and drink it all in.

The main terrace garden is 1,000 feet long and houses 330 different vegetable varieties at any given time. The nearby orchard and vineyard contain 170 varieties of fruit. Jefferson collected seeds and cultivars and wrote extensively about his trials and experiments in his journals during his time at Monticello. He failed as much as any gardener, and was quoted as saying, “The failure of one thing is repaired by the success of another.” Most gardeners know this to be true. One crop dies and we mourn, but when another succeeds, we forget about the failure.

Spring crops are planted March 1st through early June. They observe an April 15th frost date (as does much of the country) for most crops. The garden staff plant summer crops in June, and fall crops in August.

Jefferson owned 607 enslaved people (tour guides were consistent in using the terms “enslaved people” instead of “slaves” to underscore the duplicity of Jefferson’s firm belief that slavery was a moral abomination, and that he fought for abolition while only emancipating 11 of his enslaved people on his own estate). The garden’s location is on an artificial terrace that was leveled by hand labor.

Somewhere around 600 tons of soil were moved by hand to create this flat terrace for gardening. Along the upper edge of the garden were structures where enslaved people and other groundskeepers lived and worked.

Jefferson’s extensive record-keeping allowed historians and archeologists to recreate the garden and structures surrounding it with precision. Stains in the clay soil show where grapevine posts, fruit trees, and buildings once stood. The Garden Pavillion at the center of the garden is a reproduction.

Beans, corn, squash, leeks, herbs and other crops line the garden. Our Wordless Wednesday post will feature the crops close up. Jefferson detailed his gardening choices and experiments from year to year in what is now called The Garden Book. Recipes from the garden’s produce were collected in a book called The Virginia Housewife.

Here’s a teaser from tomorrow’s blog post: Sea kale and the mysterious vessel that cloches them. I’ll explain why tomorrow.

If you want to learn more about what it was like to live on the property and the lives of the enslaved people who worked the land with Jefferson, you can download the Mulberry Row app for Apple and Android devices here.

Enslaved people grew their own gardens elsewhere on the property (which have not been recreated). In fact, they were able to grow crops that Jefferson was unsuccessful at growing. They sold produce off-season to the Jefferson family in exchange for cash.

Stick around for more on the Monticello Gardens in two blogs posts to come. Read part 2 here.

Ask Gardenerd: Asparagus – To Prune or Not to Prune?