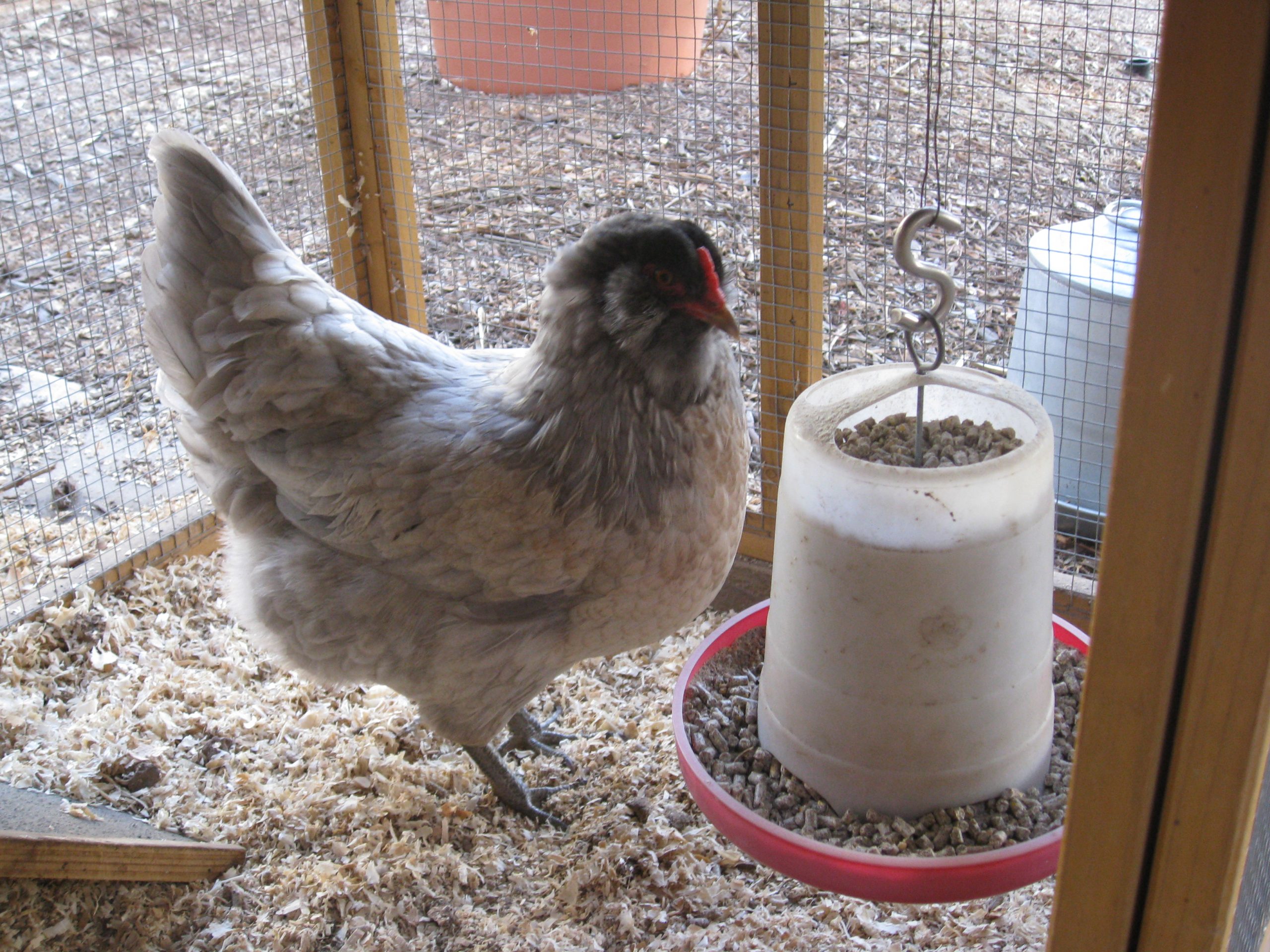 Anabelle is the quiet one, and the low chicken in the pecking order

Some people have been asking for a chicken update, and since we haven’t posted about them in awhile, it seemed like the perfect time. For those new to the blog, here’s our original post about our new girls from last July.

Meet the girls (from right to left): Wilma the Wellsummer, Anabelle the Americauna, and Sylvia the Silver-laced Wyandotte.

These beautiful birds are, as you can see, quite full of personality. As they have grown we’ve enjoyed watching their quirks emerge. It took awhile for Ethel, our Easter Egger, to welcome them to the flock. They were terrified of her for a few months. Now they all slump into the same dirt hole together, preening each other contentedly.

It seems like we waited for ever before anyone started laying. Since we got them in July, I began to wonder if they might skip straight through to spring. I even called Russell at Chickens Galore after 3 months to ask if that was abnormal. He laughed and told me to stop counting the days. They would start soon.

Hooray! One day in late November Sylvia and Wilma started laying. But not before the entire flock broke out with The POX. Ewww. It’s sad and disgusting, so I won’t show you pictures. The poor girls were scratching all day for about a week, but eventually it went away on its own (we were advised to do nothing and let it run its course) after about 3 weeks.

Between The Pox, Ethel’s molting and winter, all the girls stopped laying in December. Anabelle was getting a free ride, since she hadn’t yet started laying at all. Come January, production was up again and Anabelle joined the ranks of womanhood.

We’re calling it green, even though in low light it looks as blue as Ethel’s. Don’t you just love how tiny those first eggs are? Nice work Anabelle.

Now we’re in full production, getting 3-4 eggs per day.

What are your chickens doing now? Are they huddled in the coop against the snow? Have they started laying yet? Post your hens’ activities here.