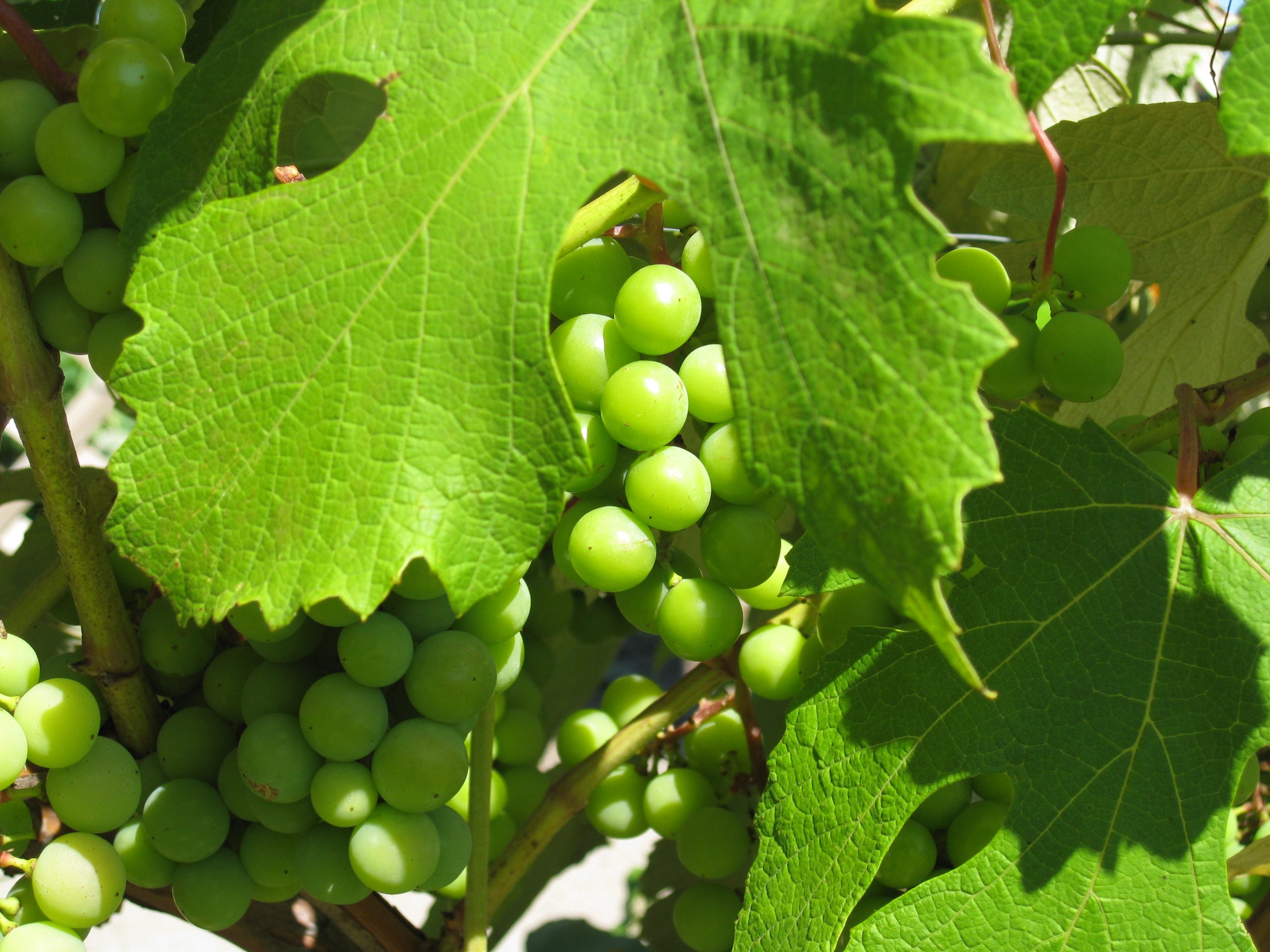 Picture perfect grapes on a vine

This week we explore powdery mildew on grapes:

“Every year we have a good crop of grapes, but they are covered by mold. What should we do? We sprayed our grapes with milk & water (equal parts) to no avail. Any suggestion? Thank you. Ana & Joe Liper”

You’re not alone, Ana & Joe, molds such as powdery mildew are very common on grapes and other vining crops like melons and cucumbers. Once it takes hold it is very hard to get rid of. Let’s explore why this might be happening, and what you can do to prevent it in the future.

The presence of powdery mildew indicates a couple things. We once heard that mildews like this show up in the absence of water, meaning your soil may be too dry. Just a theory, but here’s a little insight as to why this might be true:

We get emails all the time about mushrooms blooming in garden soils. While these mushrooms are almost always harmless, they scare people. What mushrooms and other fungal infections indicate is that there is a lack of diversity as far as soil microbiology is concerned. In other words, not enough different types of fungi living in your soil to keep the overpopulation of mushrooms (and in your case, powdery mildew) in check.

Good Cover – It may be too late for this year, but here’s what you can do to combat the issue. Find some good quality fungal-dominant compost (one that has wood chips, alfalfa, forest humus, and/or kelp, as ingredients). Yes, it’s true, having a microscope would be awesome for this research; you’d be able to tell right away if a bagged compost is fungal-dominant or not, but for regular folks, just pick a really reputable compost company and call them to see what they say about their product.

Put down a layer of compost along the root zone of your grape vines. Cover the compost with a layer of non-aromatic wood chips. So that means not redwood, cedar, or pine. By doing so, you will have created an environment to invite good fungi to your rhizosphere (the area around the roots and root hairs of your plants). Water everything well.

The mulch will help hold moisture in the soil as it feeds microbes, thus solving the lack of moisture issue at the same time.

Compost Tea – You can also combat powdery mildew by spraying actively brewed compost tea, which has millions of microbes that coat the leaves and munch away on the bad fungal infestation. As I said, it may be too late for this year, but worth doing to keep the grapes producing well despite the infection. Regular applications will keep the bad guys at bay.

Over the Counter – Products such as Serenade (an organic remedy using bacteria that eats the fungi) are considered an inoculum for fungal issues like powdery mildew and blight. You have to apply the product before signs of trouble show up. Once mildew shows up, the product is not really effective. It can help slow the spread, but we’ve not really had much luck with it otherwise.

Another product on the market is Plant Guardian BioFungicide which, as with Serenade, should be applied before the mold appears or at first sight. I would consider using this only as a last resort, though. Fungicides kill fungi – and most don’t discriminate between good fungi and bad. So you’ll kill the good guys too.

By inoculating your soil with beneficial microbes, they will work in concert to keep overpopulation of mildew to a minimum. Just remember that microbes need food, so keep adding compost and mulch throughout the year to feed them. Most people see improvement within a few weeks, but cases of severe imbalances, it make take several tries to bring things back to homeostasis. Don’t give up!

Thanks for writing in. I hope this helps!

Year-End Round Up from Gardenerd!