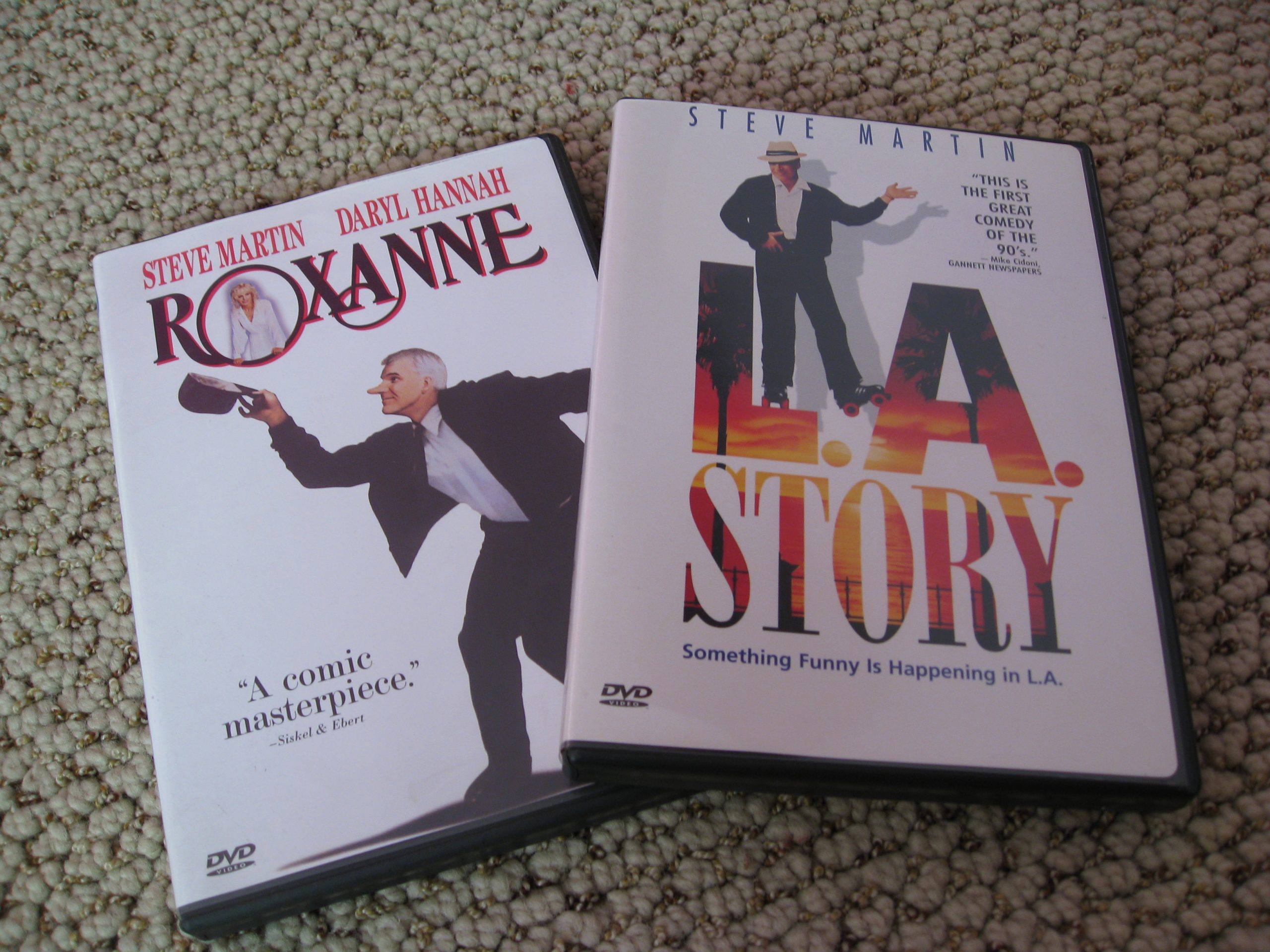 (Fellow gardenerd, forgive my use of this platform to express what appears to be unrelated subject matter, but it’s something I have to do. We will return to our regularly scheduled programming shortly.)

Dear Mr. Martin (may I call you Steve?),

I sit here at my desk having just read the news of Robin Williams’s untimely death and I am struck with the irrational thought that maybe, just maybe, if he had been showered with enough love and praise by his adoring fans he might still be here. My irrational thoughts immediately turn to you. Not that death makes me think of you—that would be weird—but of how important it has suddenly become for me to convey a message before…well, before anything, God forbid, happens to you.

You see, without ever knowing it, you have been one of the most important people in my life. I suppose I should say that your films, your writing, and your characters have been, because I don’t actually know you, the real Steve Martin. I would like to. In fact, I would like to have lunch with you and tell you all about it. I think about doing that a lot. I rehearse what I would say. It goes something like this:

Hey Steve, can you pass the salt?

You probably already know how much you have influenced people through your work, but I’d like to give you a gift, a gift of appreciation on a personal level that I hope makes you feel like you’ve made a concrete difference in this world, at least for one woman.

Sure, my friends and I all quoted The Jerk, adding “…and this thermos” randomly to the end of any list, and I felt an immediate kinship with Dr. Hfuhruhurr in The Man with Two Brains, having myself a name everyone misspelled and mispronounced (it’s pronounced just like it’s spelled, of course). But it all started with Roxanne.

Junior year in high school (don’t feel old), I was thrilled that we would be studying Cyrano de Bergerac, my favorite play at the time. Roxanne came out at that same year, a perfectly timed, perfectly geeky modern-day adaptation crafted especially for lovers of the play. I felt bolstered to wax rhapsodic and carry the mantle for hopeless romantics everywhere. We could hold our heads high.

Planes, Trains and Automobiles and Dirty Rotten Scoundrels expertly taught me how comedic timing is perfected as I studied acting in school. My college roommates began calling me a female Steve Martin. And Parenthood gave me the analogy I still use to this day to explain why I didn’t have children (“You made me play second base!”).

In 1991, I took a year off from college to dance on tour with a “pre-Broadway musical”, a lowly tap-dancing chorus girl. L.A. Story came out when my homesickness had reached its peak. Just in time to bring relief. You proved that “squoze” is, in fact, a perfect word. You poked fun at my beloved SoCal without putting it down. No one else in my group got it (all East-coasters), but it helped me more than you’ll ever know.

I rented Father of the Bride as I was preparing for my own wedding, then read Shop Girl as I was going through divorce. One day, during the worst of it, I ran into you on the Runyon Canyon dog trail (the only time I’ve ever been there) while hiking with friends who were helping me keep my head above water. You wore sunglasses and a red baseball cap, but I recognized you instantly. When you passed me, you smiled and said hi. I turned to watch you walk downhill. I said, “That was Steve Martin.” and burst into tears, uncapping a torrent of grief that had been bottled up during the 6 week “trial separation” that had turned to 6 months. I guess I needed that, so thank you.

Oh, and about Shop Girl. I loved the novella’s interiority and complex relationships, but I couldn’t imagine the film could possibly capture those rich, heady details. You surprised me, but shouldn’t have I guess. You’re just good at what you do, as evidenced by The Pleasure of My Company and the rest of your books that followed.  I identified with Mirabelle’s insecurities and Ray Porter’s confidence all at the same time. How did you do that?

And just when I was getting too serious, out jumps The Underpants at the Geffen Theater. So corny, so brave, so delightfully brilliant! Such a reminder that it’s important to risk falling flat on your face for the sake of “the funny.” Maybe it wasn’t a risk for you; maybe you knew exactly what you were doing. Regardless, it inspired me to risk. So I started this business, Gardenerd; embracing the unshakable nerdiness that has clung to me my whole life, and partnering that nerdiness with a love of growing organic food. Through this business, I’ve found my life purpose, I’ve become a published author, and I’ve been able to help people get back in touch with nature.

So, I guess that’s what I needed to say (oh, except for the fact that I had perma-grin during the entire Steve Martin and the Steep Canyon Rangers concert I attended a couple years ago with my new husband). I wanted you to know that you’ve made a difference. You’re important to me. Thank you for being here. Thank you for your work. Thank you for the inspiration. 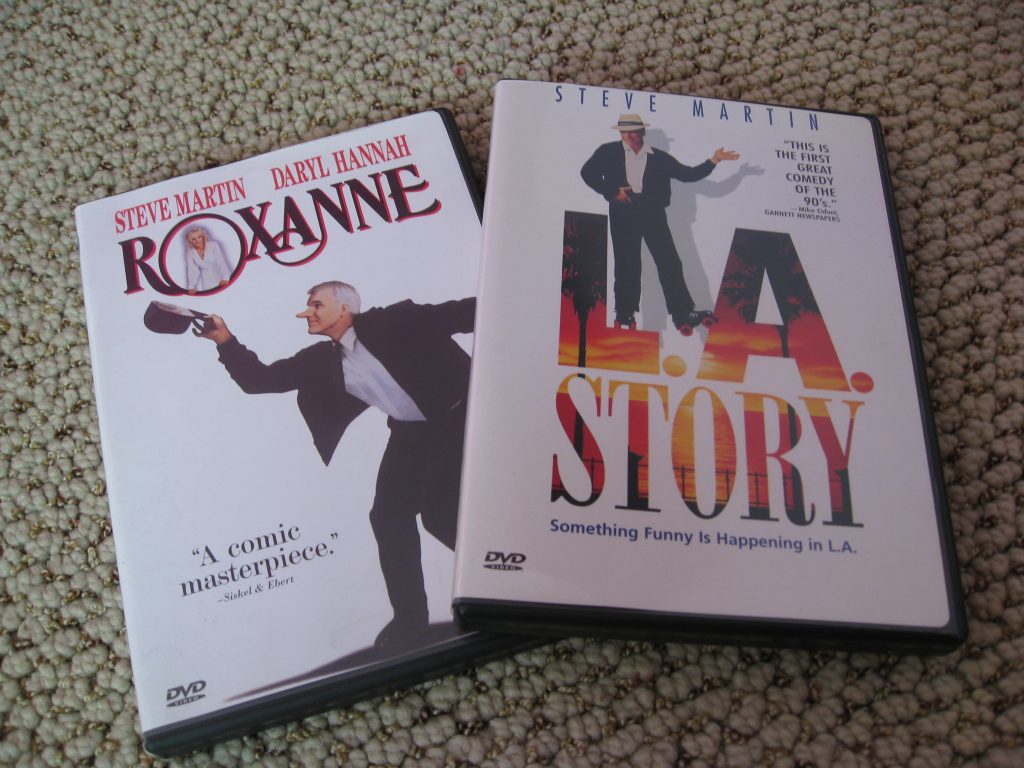